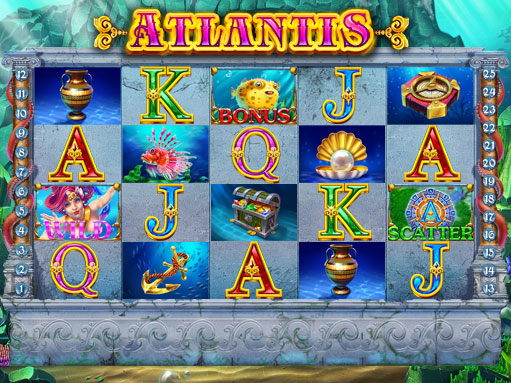 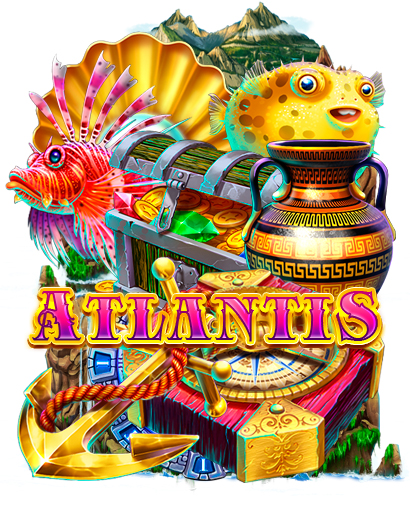 Let’s imagine for a few minutes that Atlantis did not disappear without a trace. Perhaps, somewhere in the depths of the ocean, beautiful Atlanteans still live and are waiting for an hour to reveal their secrets to the world. We can fantasize about magnificent underwater castles, temples and sculptures surrounded by colorful fish and picturesque corals. Atlantis slot helps players get into a fantasy world and touch the mysterious history of Atlantis.. If you are interested in this product, you can purchase it at our store – https://slotopaint.com/product/atlantis/.

The slot machine reels is designed like a wall of a sunken palace or temple. The gray stone surface serves as the base of the reels. There are columns with ornate patterns, placed on the sides. The cracks in the wall remind us that this surface is many thousands of years old. 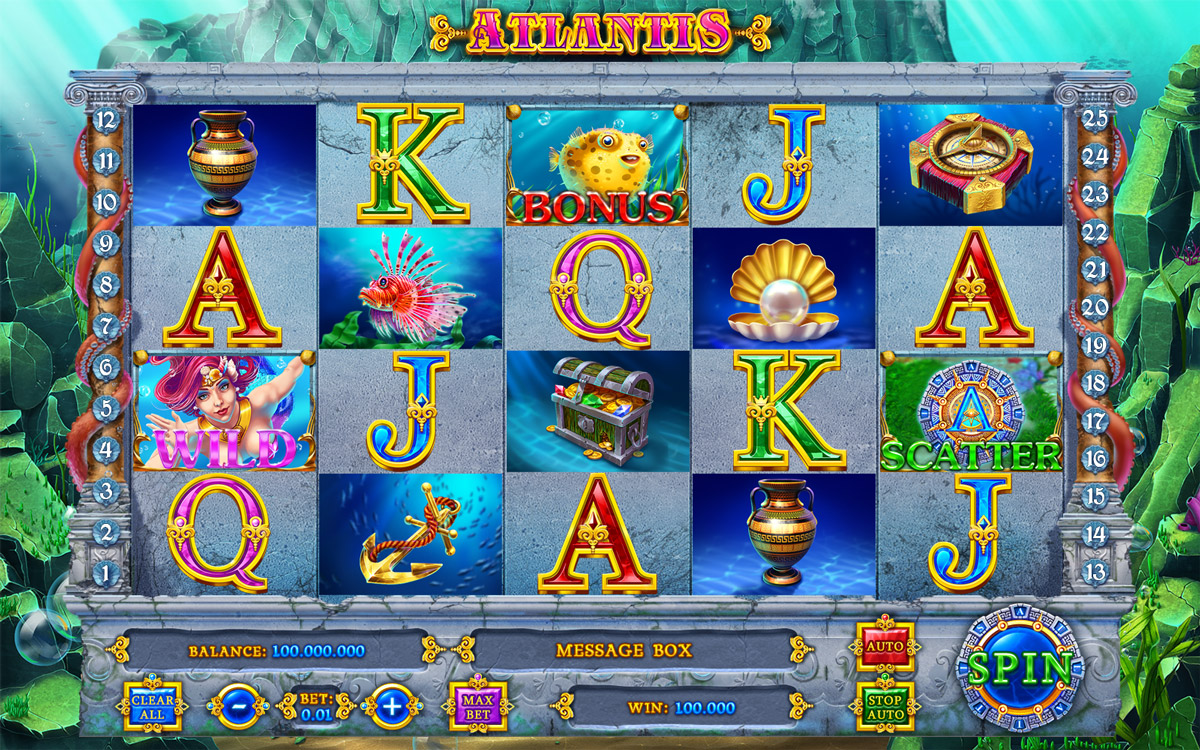 The game background has two versions. The first version opens the surface of the island to viewers. You can see that this is not an ordinary island in the middle of the ocean. He has a soul, this can be seen from the way the face of a mysterious deity is formed from stones. The landscape itself is very picturesque: the slopes of the mountains are covered with lush greenery, clear water gives a feeling of freshness, and few clouds emphasize the deep blue color of the sky. 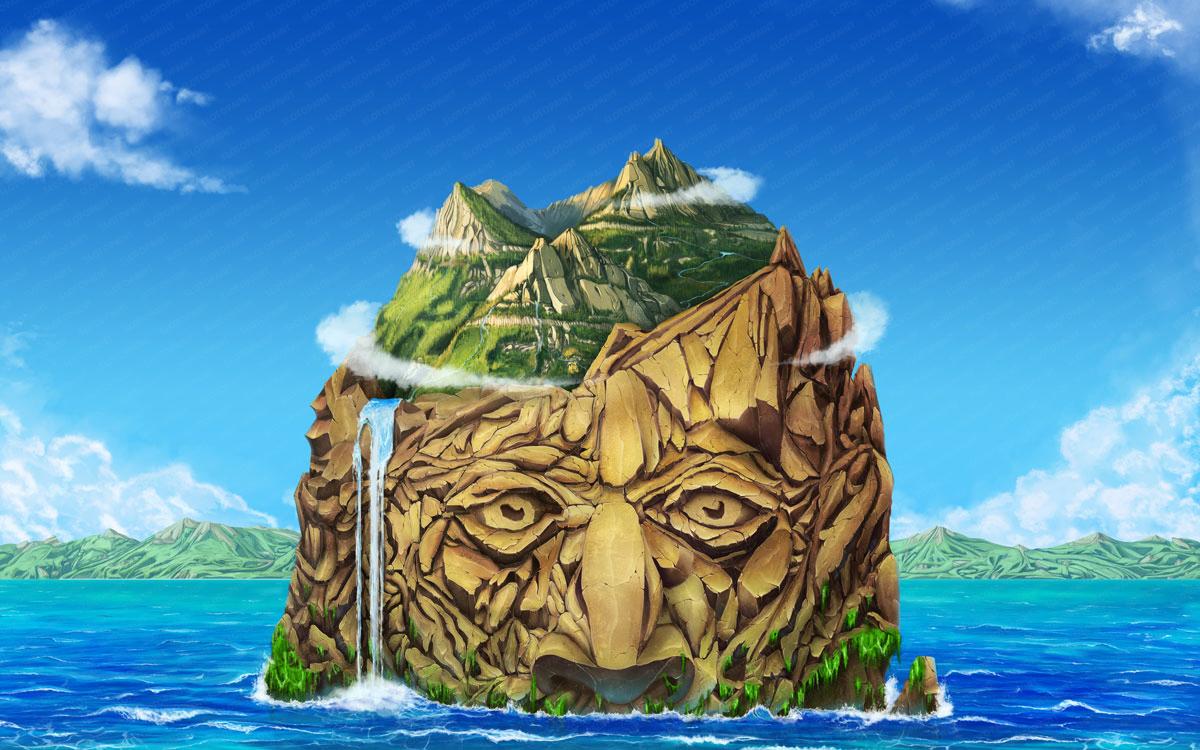 The second version of the game background takes the audience into the underwater world. Here you can see that the island lives its own life under the water column. The whole city is spread out in the rock. Fortress walls with gates guard the entrance, and inside the city you can see a high castle. There are also some structures outside the island. Columns with arched passages near the city look very impressive. Bright fish and colorful algae complete the picture. 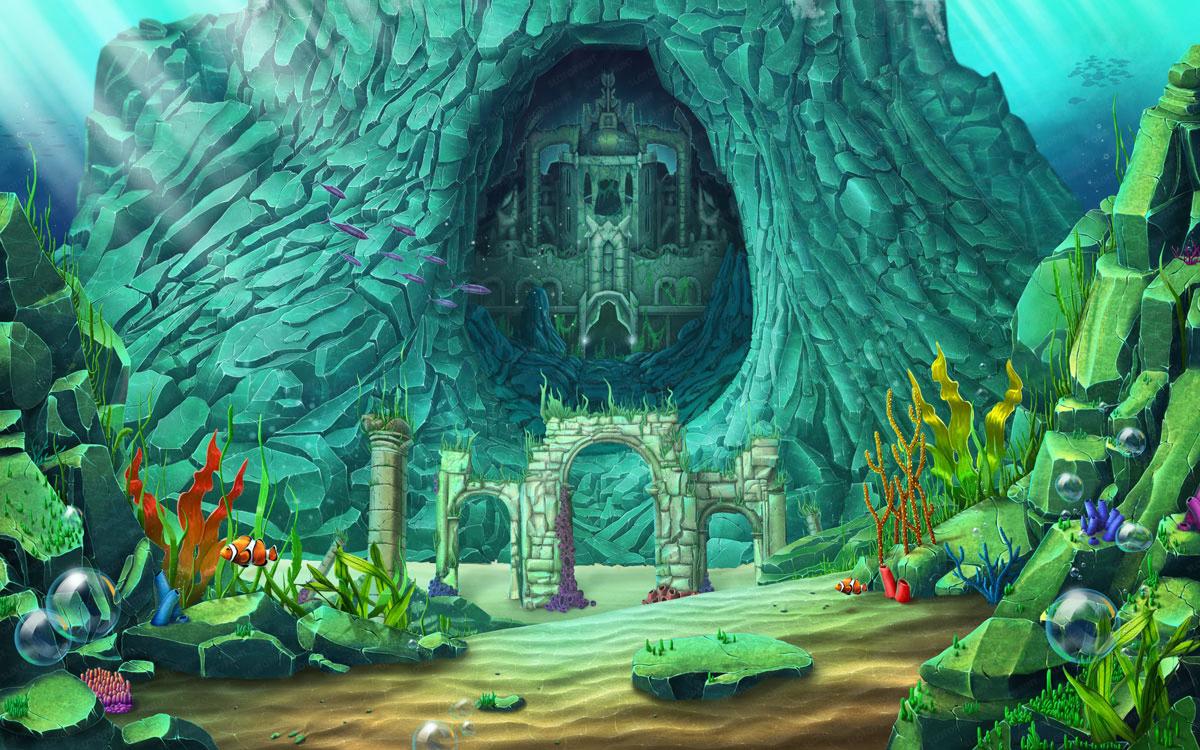 Wild symbol – the image of a beautiful mermaid. The shells on her head formed a crown. The massive gold necklace shows that the inhabitants of the underwater world have huge wealth. The feminine forms and half-open mermaid chest will thrill the imagination of the players.

Bonus symbol is a cute fish. In a case of danger, it swells to a huge size, but now it is calm. And we can only admire the idyllic picture.

Scatter symbol is a mysterious disc with a large letter A. The gold disc is covered with blue enamel and generously decorated with signs. It is the symbol of the island-state of Atlantis.

The next six symbols are associated with hidden treasures and the underwater world. Here you can see objects that could belong to the Atlanteans themselves – this is a surviving amphora and a chest with gold and precious stones. The compass and anchor speak of the numerous ships that ply the ocean over the sunken Atlantis. But the exotic fish and pearl in the shells remind of the underwater world, which has its own life. 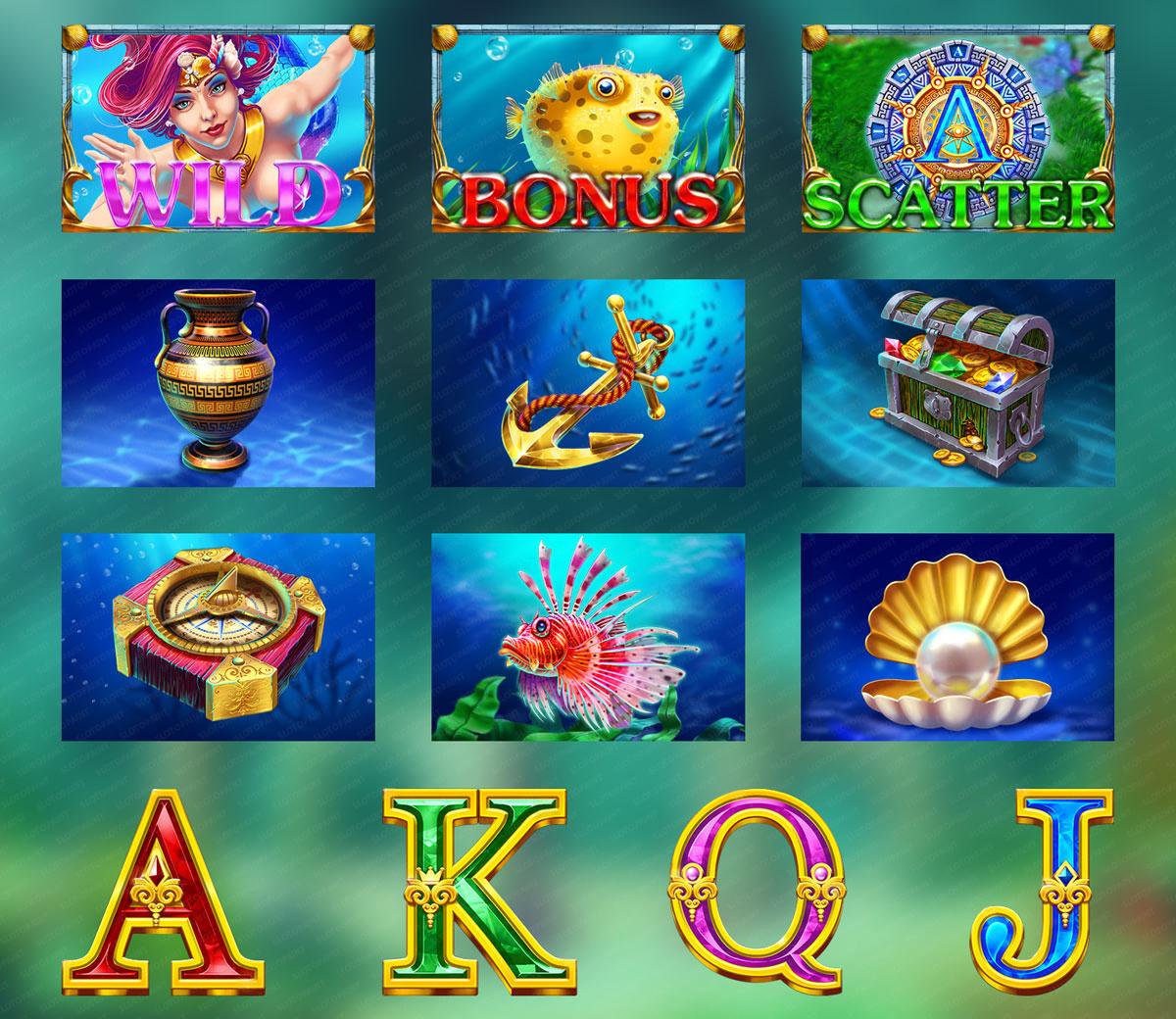 Animated symbols show how different the water element is. The movement of water is shown differently in each symbol. Near the amphora, the water shimmers with sunlight; over the anchor it swirls into a whirlpool, and bubbles rise behind the compass. Fish behave in the same way. But the treasures always remain beautiful. They sparkle and shimmer, causing admiration.

The design of the Risk Game deserves special attention. The background for the game is the surviving wall of an ancient temple. You can see not only the columns that have been preserved, but also the ornament in the form of waves at the base of the wall. The wall is crowned with an image of a golden lyre and the head of the Atlantean god. 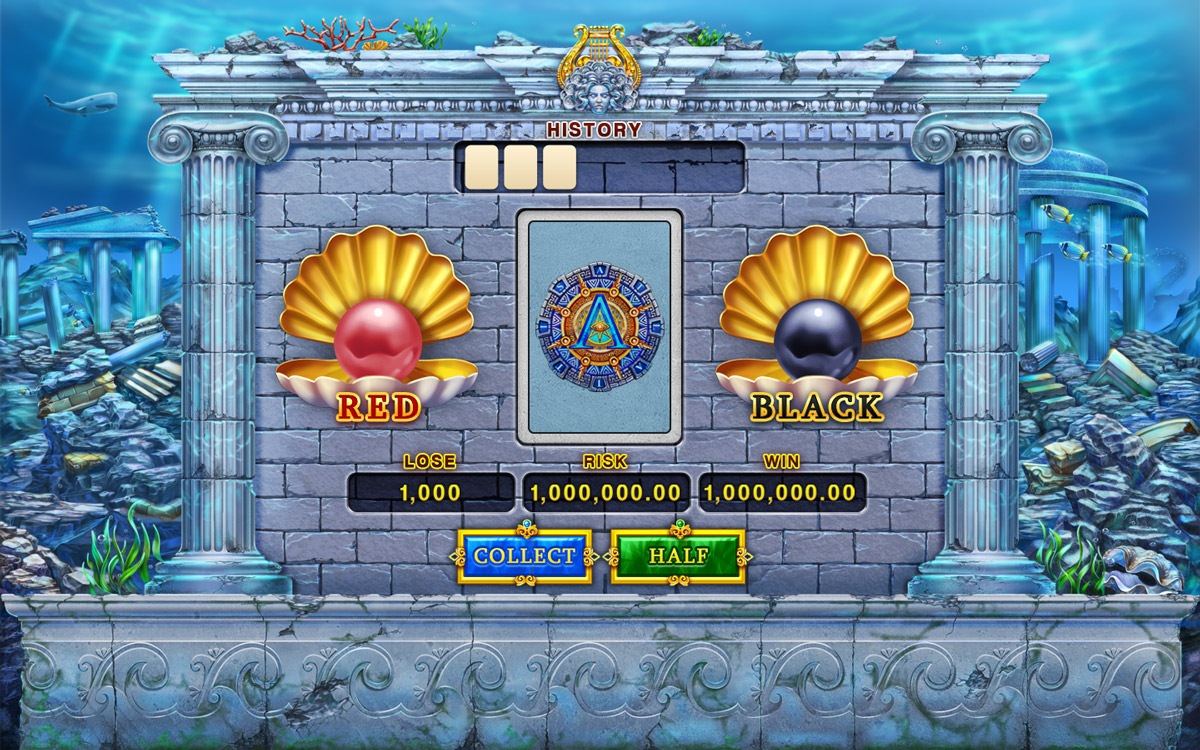 A similar wall serves as the basis for the design of Pay tables. Only on this screen, the columns on both sides are entwined with the tentacles of an octopus. All symbols and information about them are located on cards with a gray-blue background. 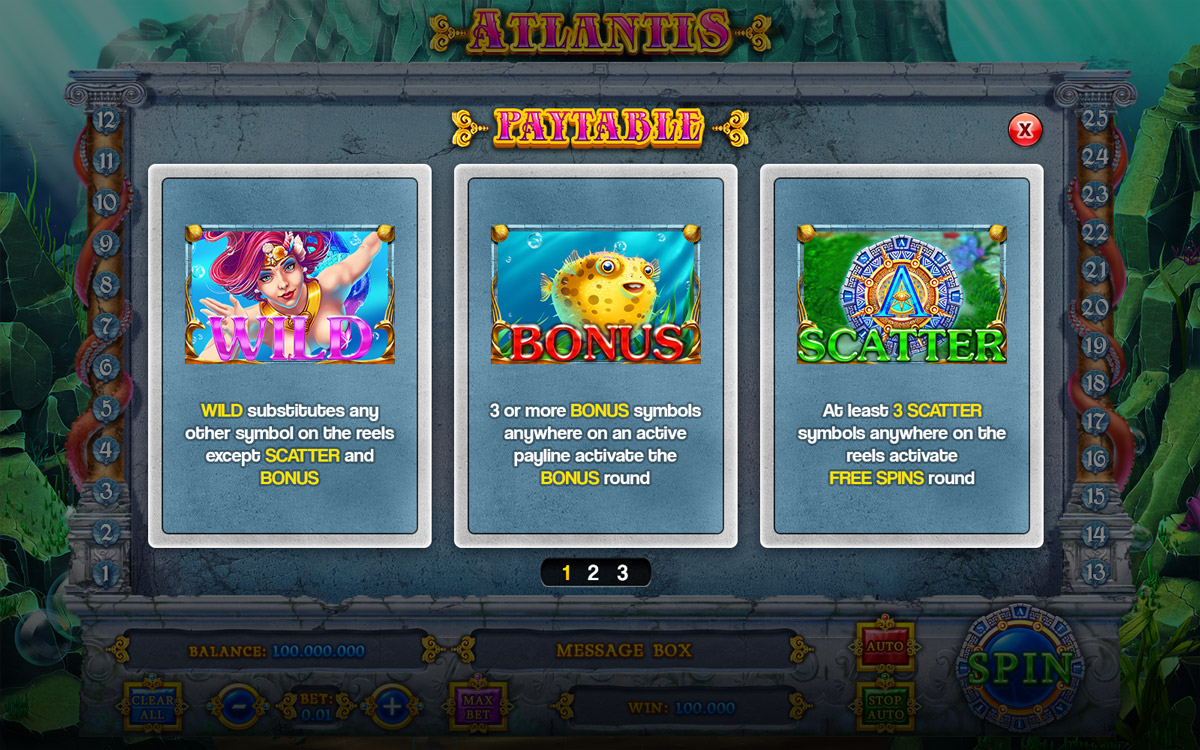 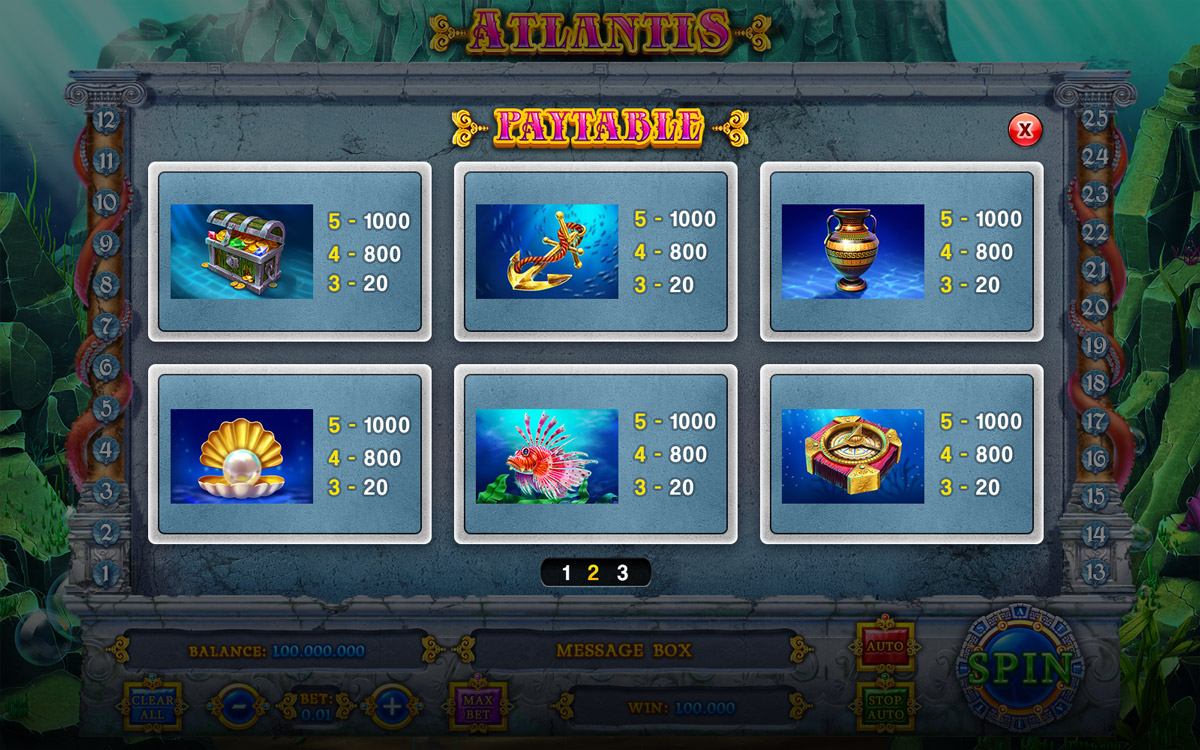 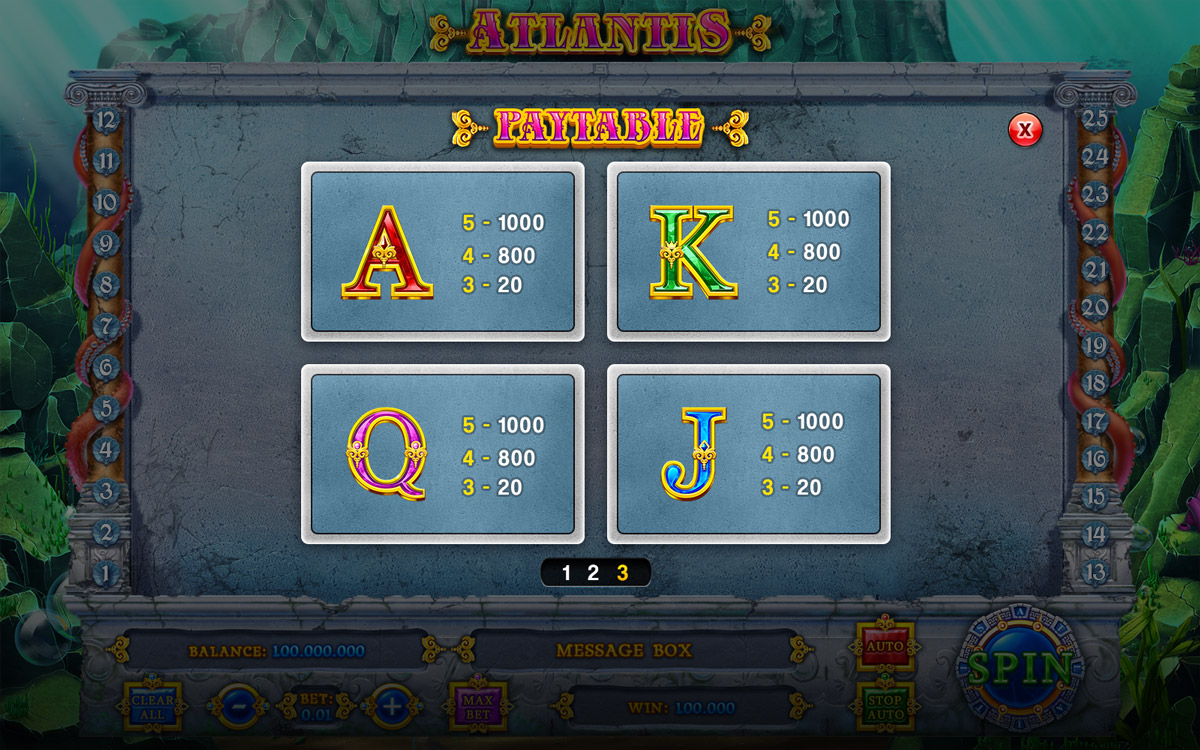 The same cards, which resemble sand on the seabed, we see on the congratulation screens for bonus games and free spins games. 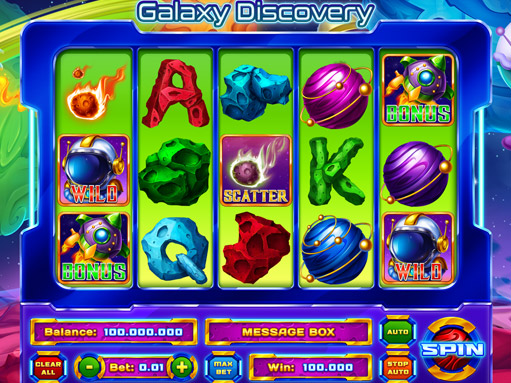 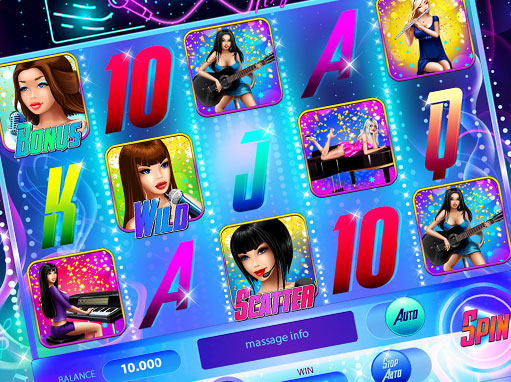 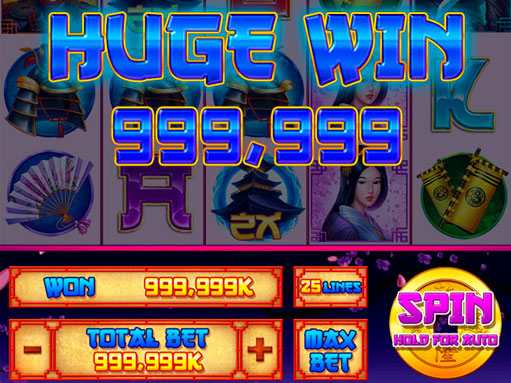