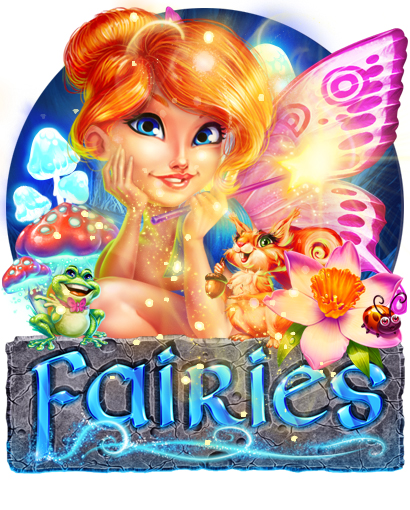 Hi, everyone! Our shop updates a new online slot game “Fairies”, available for you at – https://slotopaint.com/product/fairies/.

Magic stories are told all over the world, but most of all faith in fairies in the British Isles. However, even here in different areas are different fairies. The most beautiful – the elves – live in Ireland: graceful, graceful little creatures known as Dana O’Shea. They live in the Kingdom of eternal beauty and always remain young. Dana O’Shea is similar to the medieval knights and ladies, they have their king, queen and royal court. They wear jewelry adorned with jewels and love melodious music, dancing and hunting. A mortal can see them when they, as usual, leave with a magnificent procession led by the king and queen. 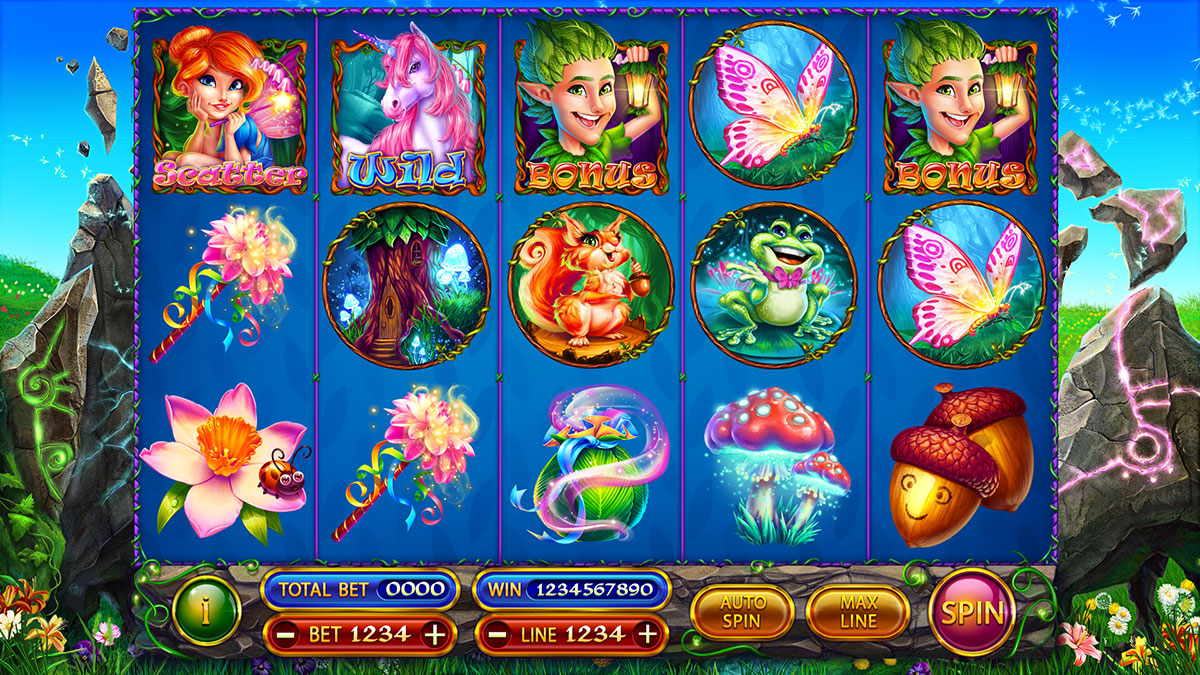 The population of the magical world is really “wide and varied.” Fairies show themselves in it in all shapes and sizes. Usually they appear tiny, but they are also about two and a half meters in height. Fairies often have an appearance akin to the human, and like to interfere in human affairs. With the help of magic, they can steal or conjure a mortal, spoil the harvest, shoot an animal with an arrow, confuse a person or bring misfortune. The appearance of some fairies presages a quick death to a person. Others, on the other hand, are generous and help, bring gifts and clean the house. But in relationships, even with such fairies, caution is required. There is no such thing as an absolutely good fairy. Even the most beautiful fairy can become spiteful if provoked by it. Fairies are extremely capricious and often frankly unkind. In addition to elves from romantic legends, they also include dwarfs, goblins, goblins, ghosts, devils, nature spirits and many others. Their power is of a different nature, but most are not disposed toward people and are more likely to harm than to help a person. 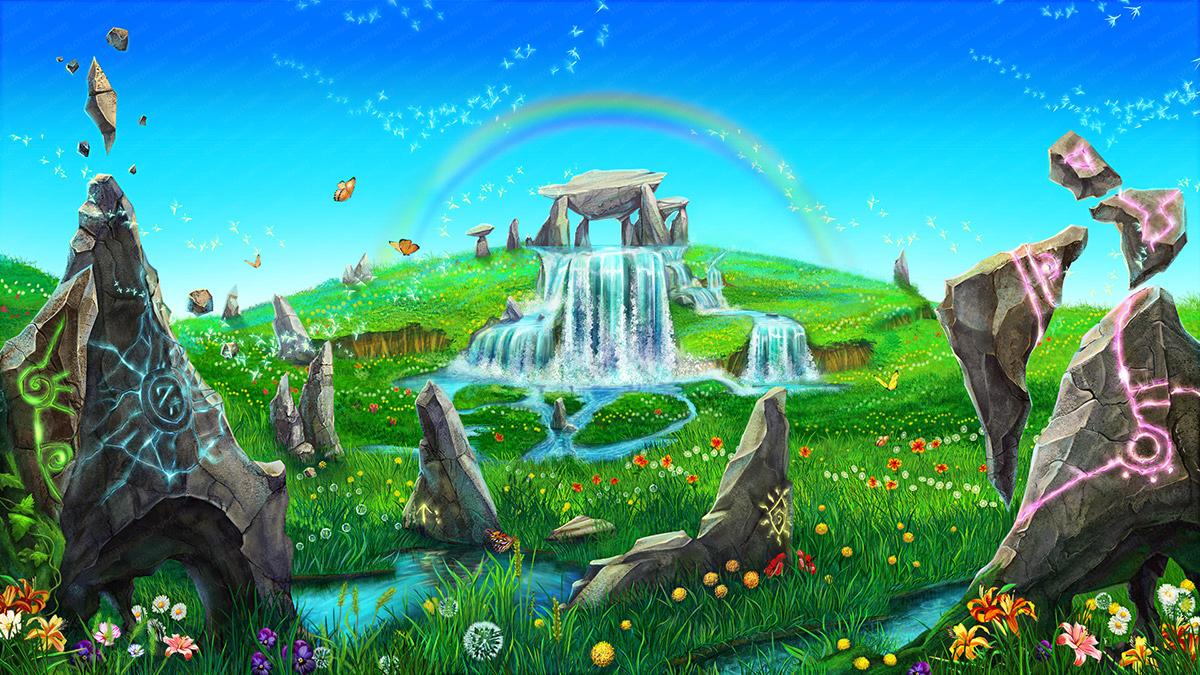 Here you can see a set of game symbols specially designed for this slot game. In this set there are symbols from different categories, including “low”, “middle” and “high” categories. Thus, the number of winning points may differ, as a result of simultaneously getting the symbols of one or another category. 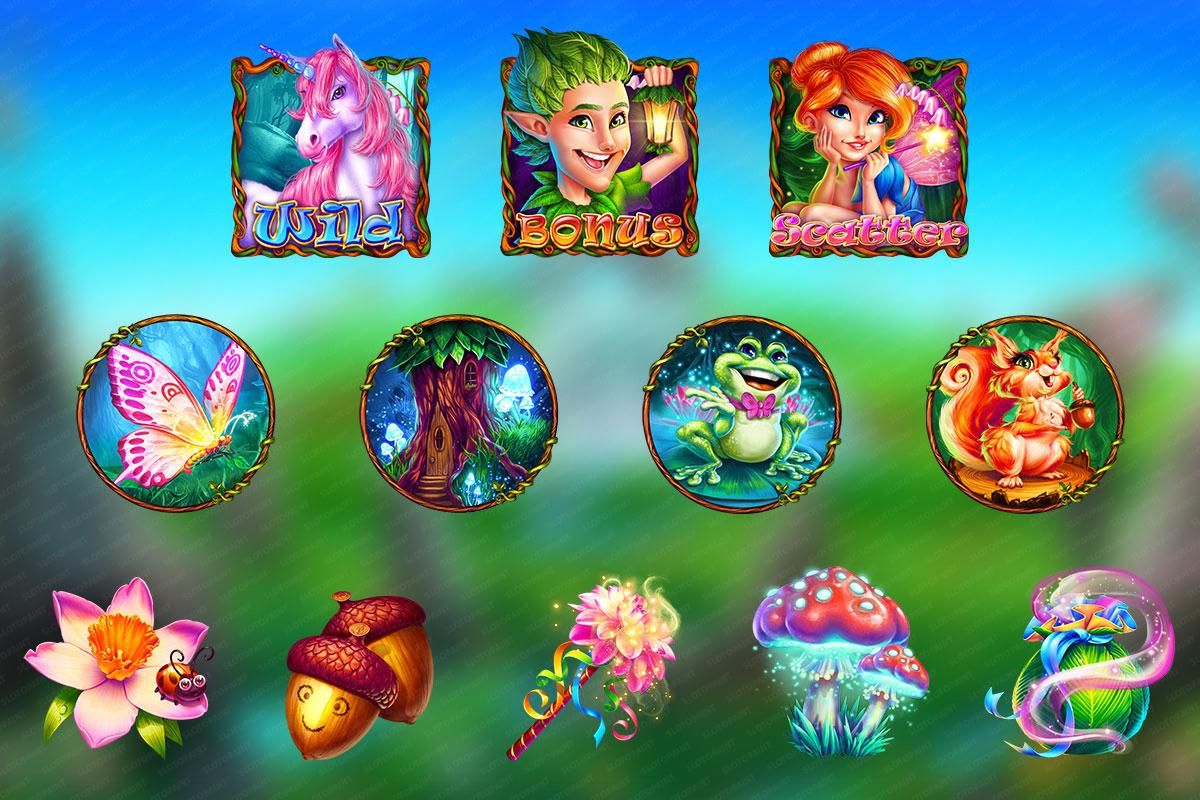 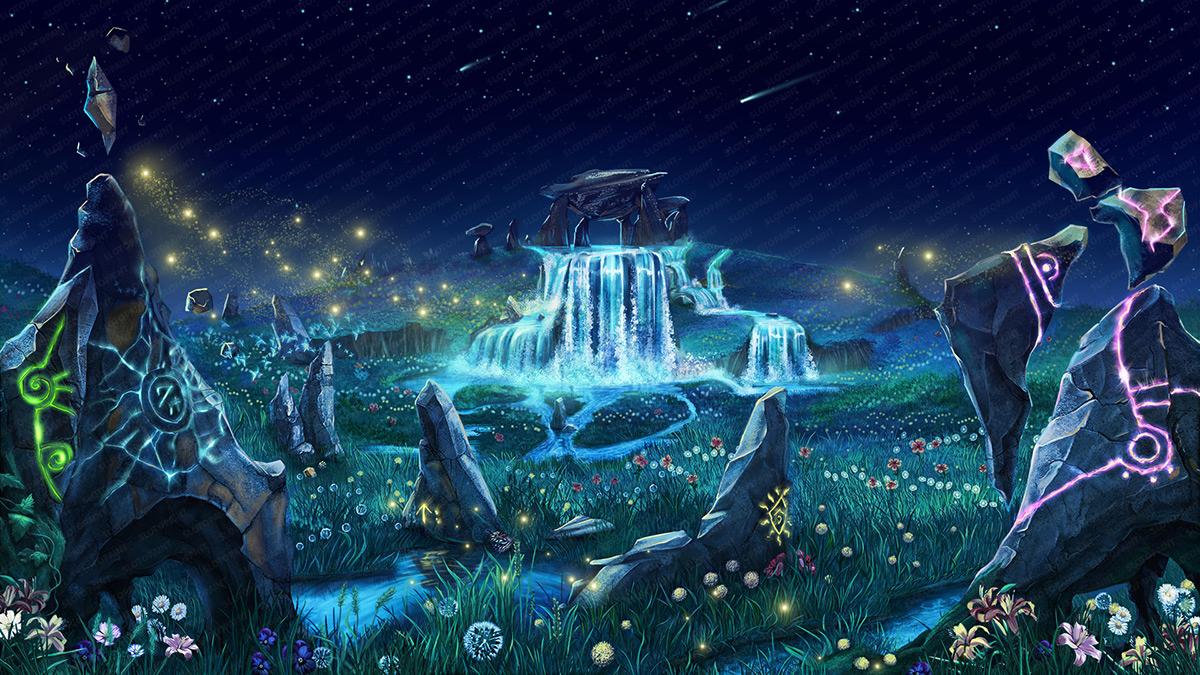 This screen is an auxiliary table of rules and here are brief classifications of game symbols from the category “high”. For example, the symbol “scatter” (in a case of appearing) brings to the player Free Spins. The symbol “bonus” (in a case of appearing more than two) offers the opportunity to participate in the Bonus game, and the symbol “wild” replaces any symbol on the game reels, excepting the “scatter” and “bonus” symbols. 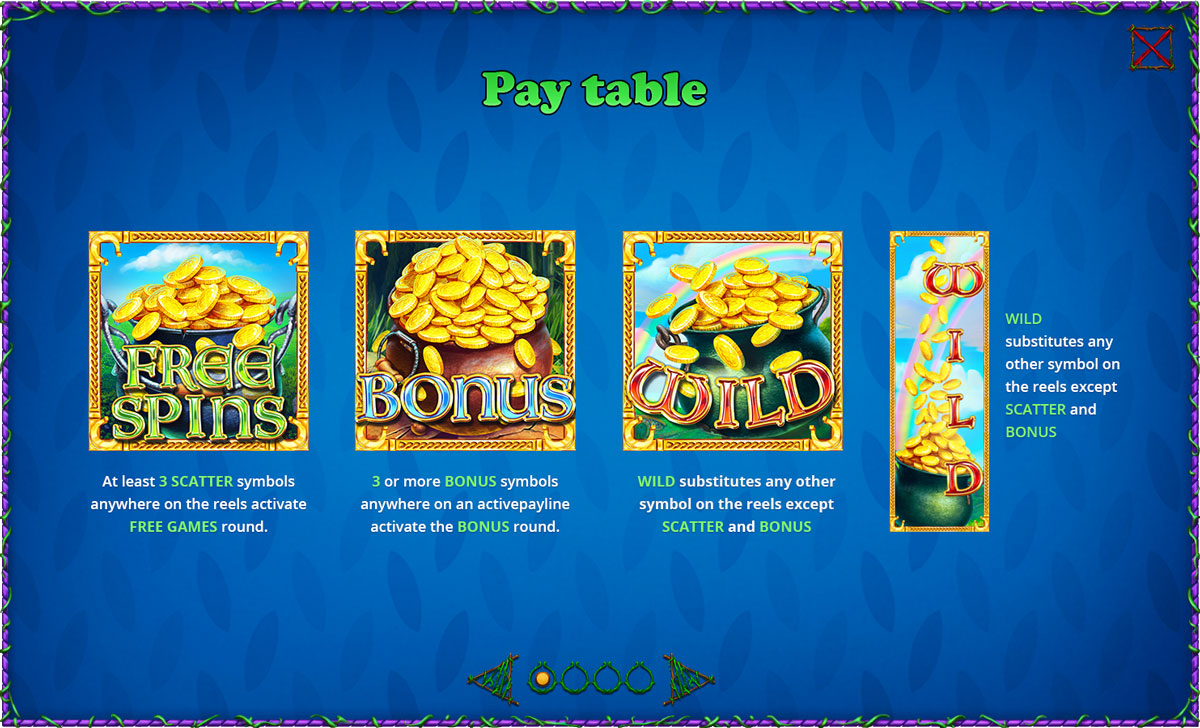 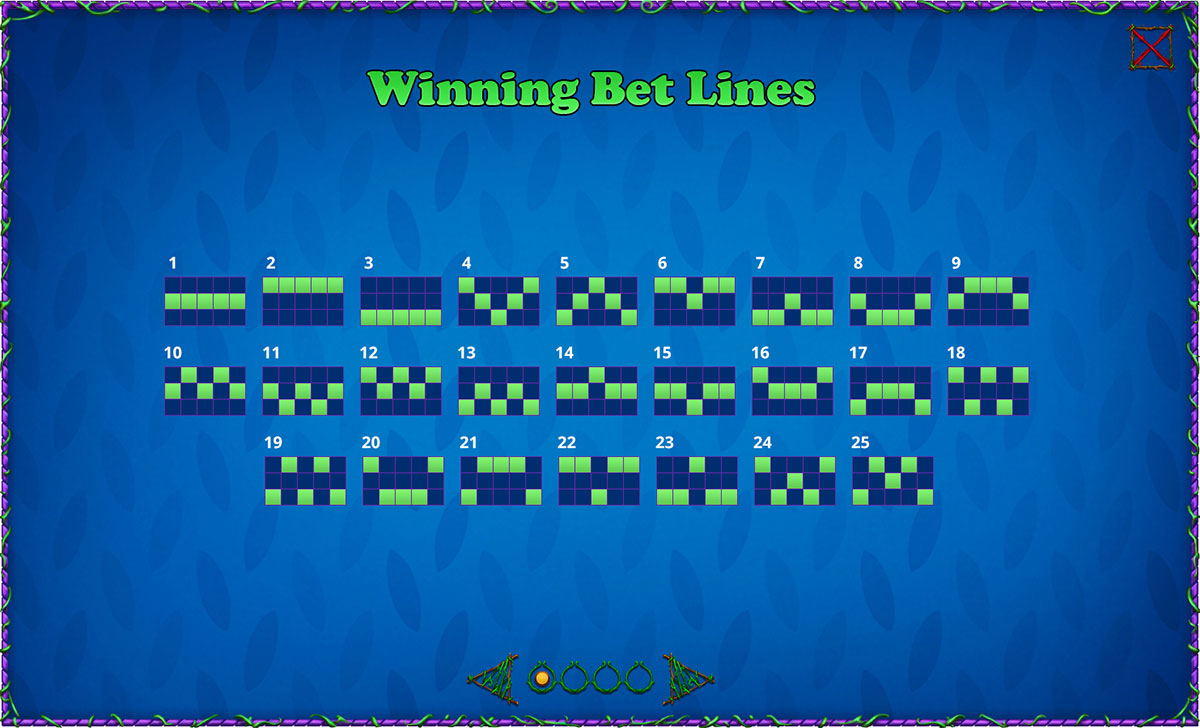 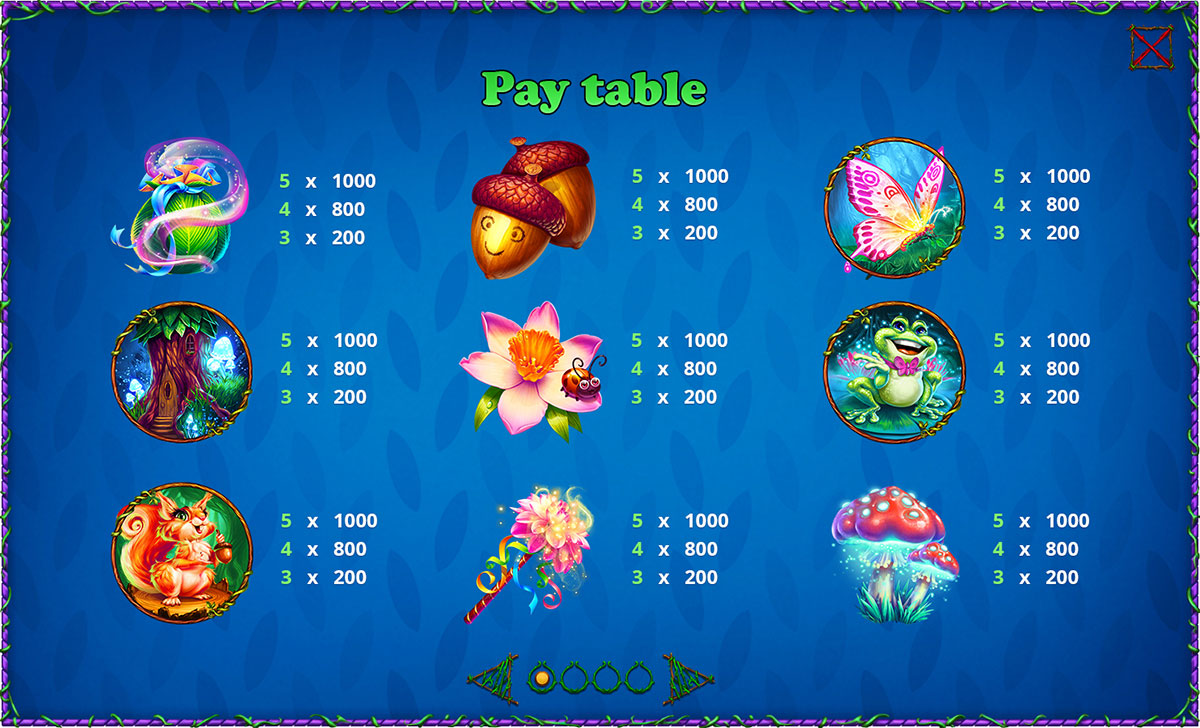 An this screen you can see the rules of the bonus game. 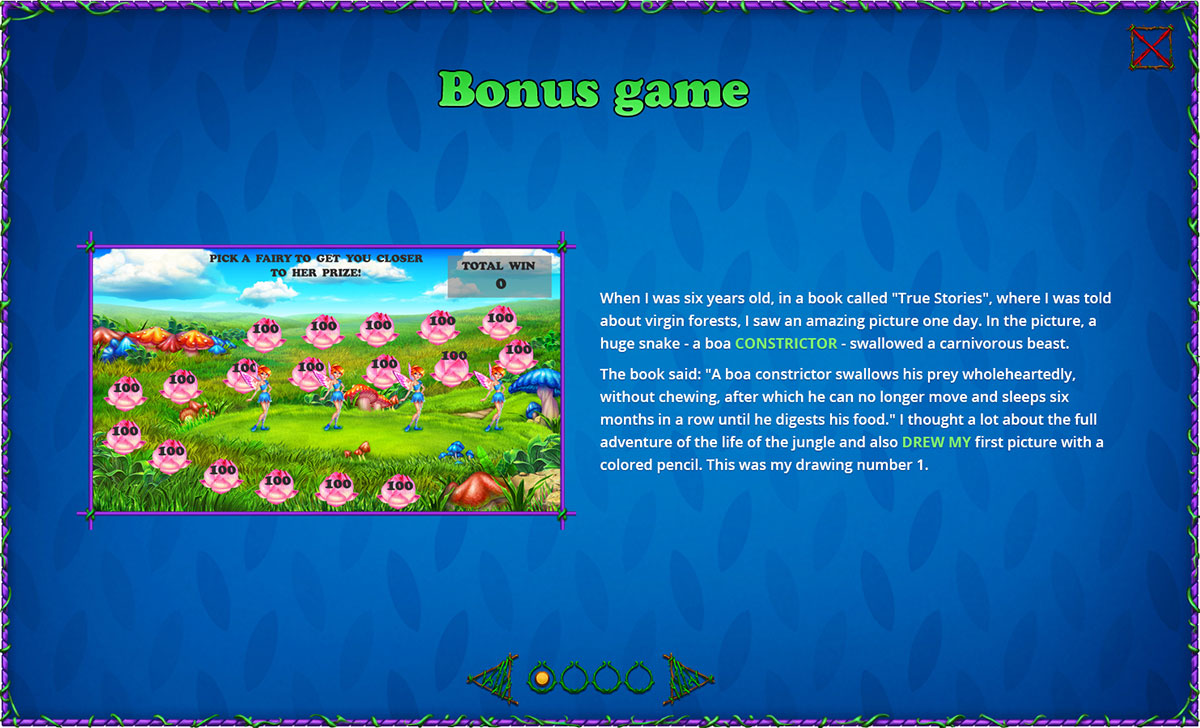 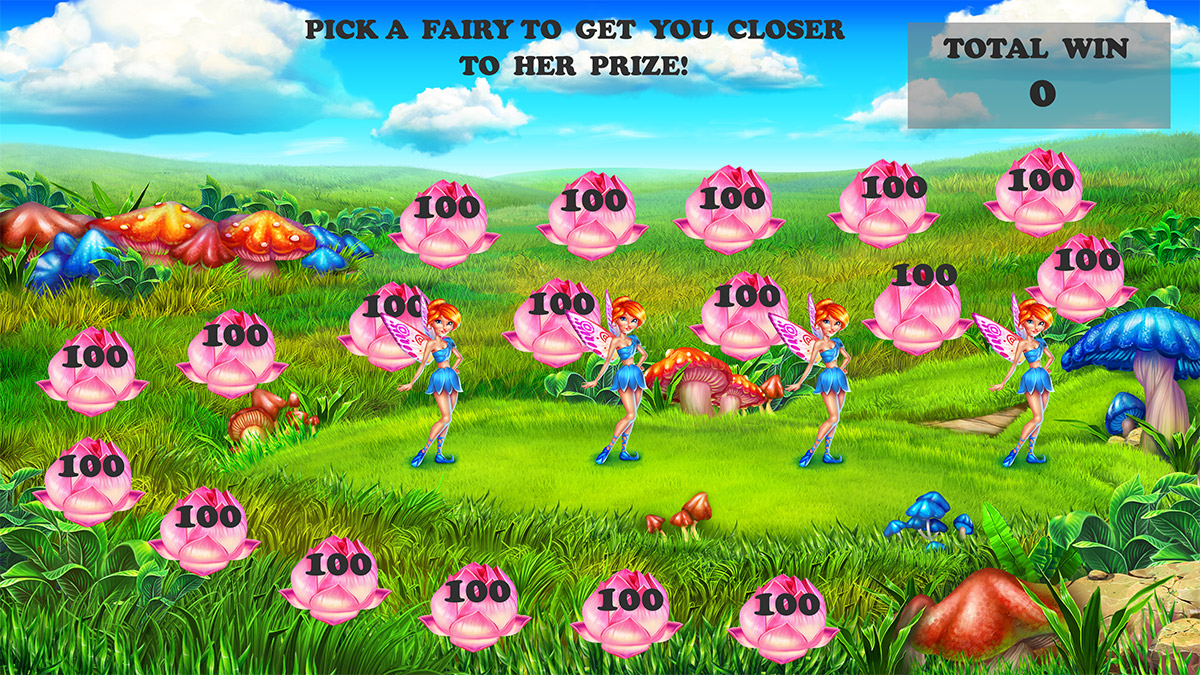 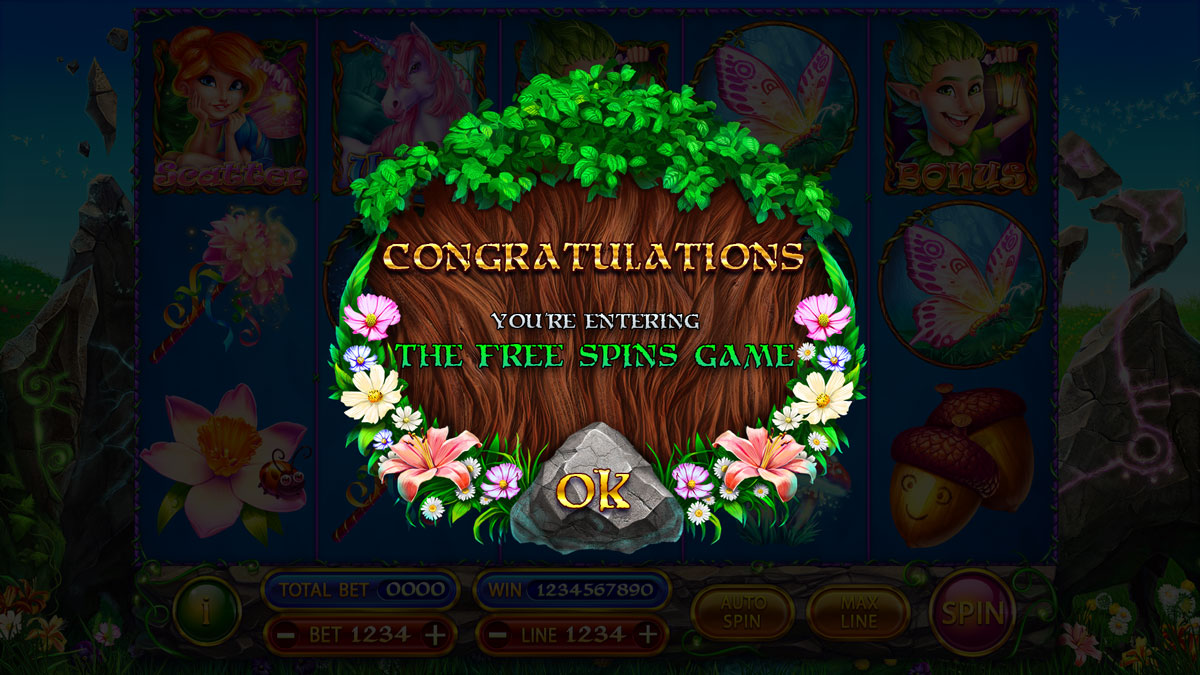 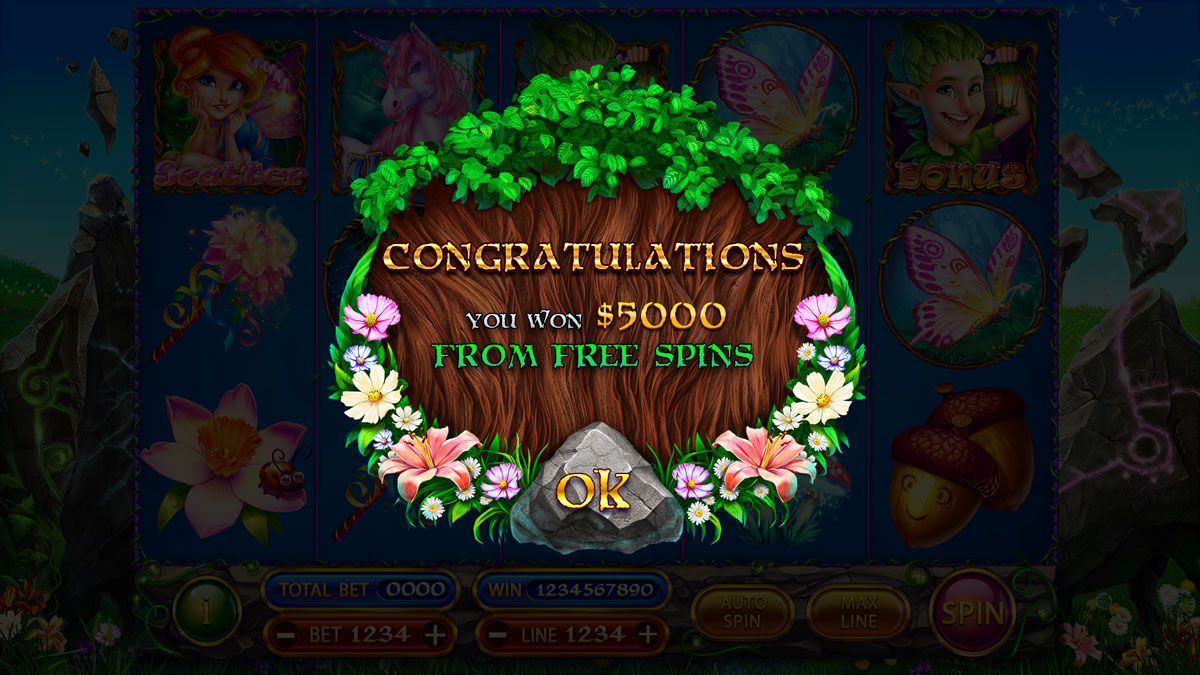 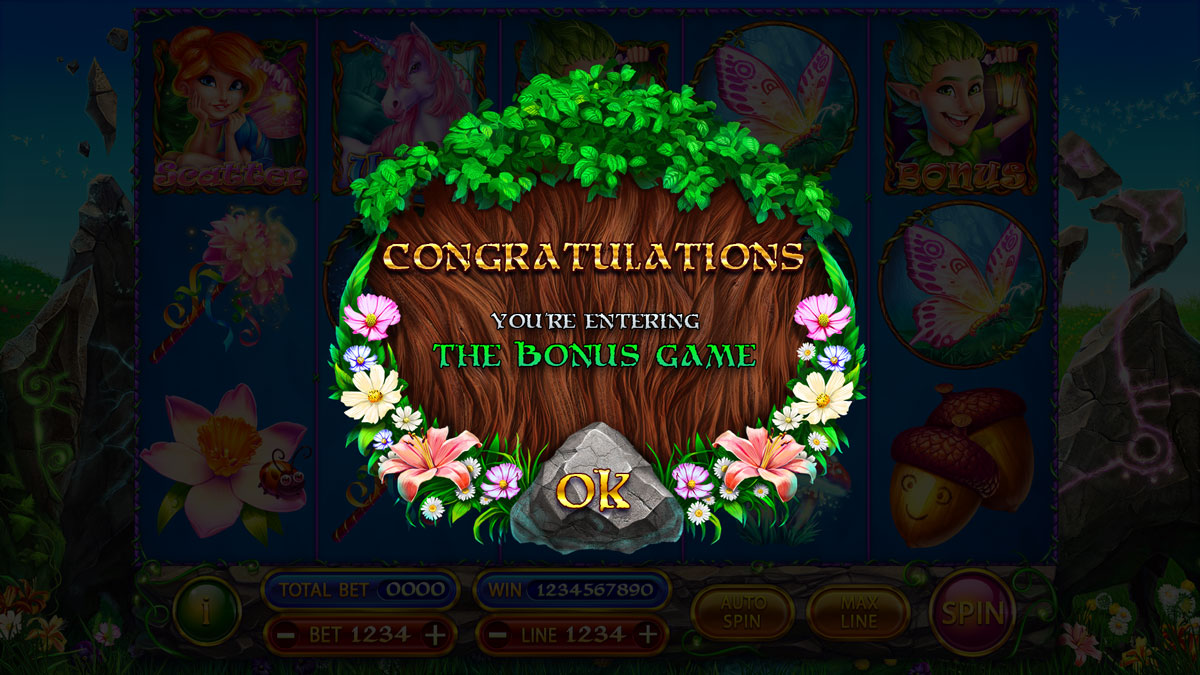 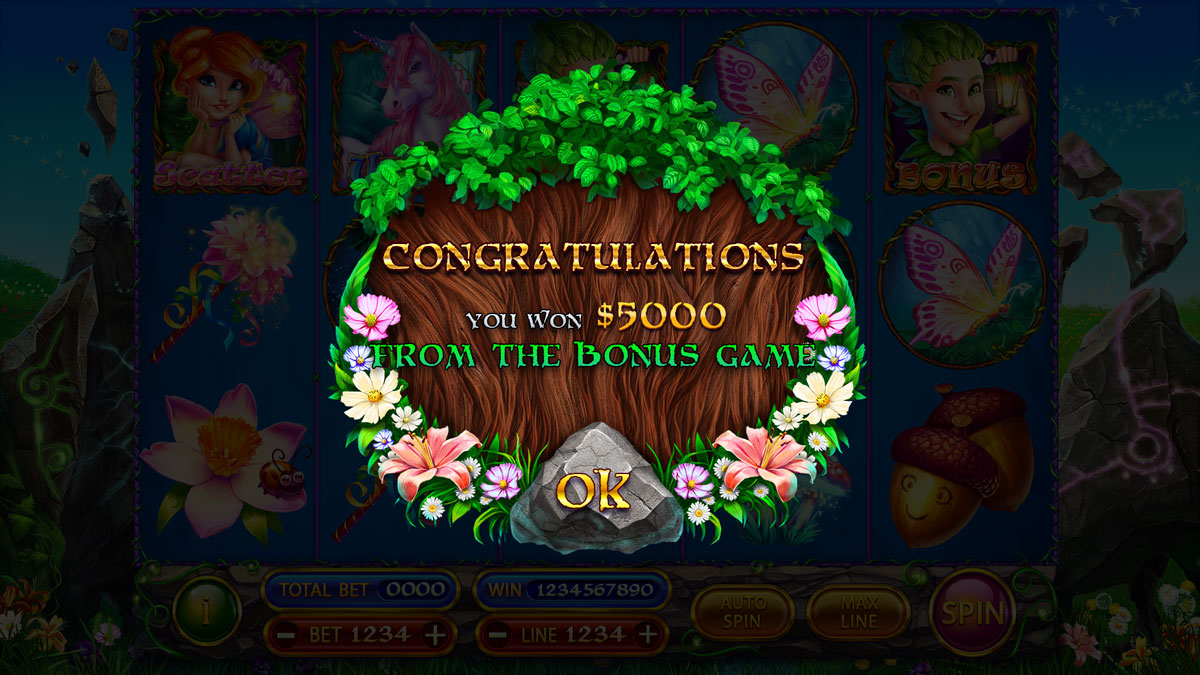 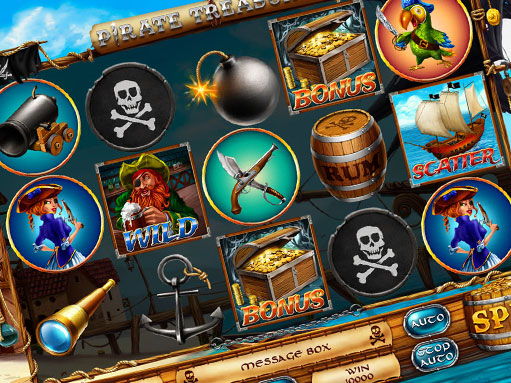 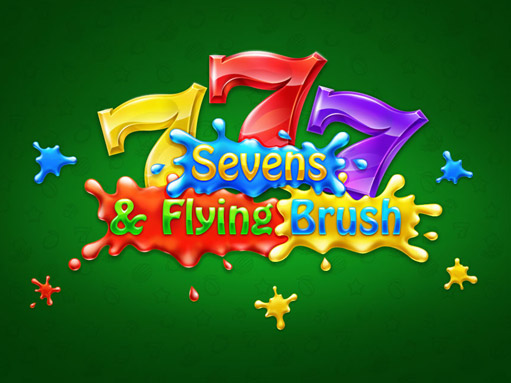 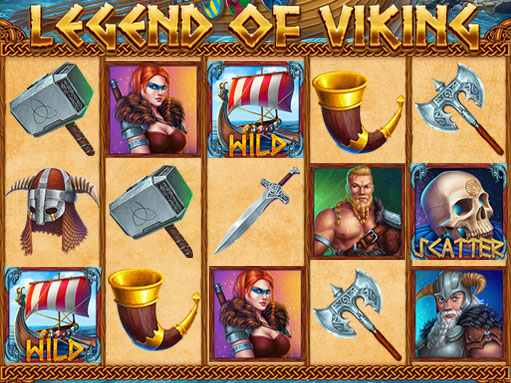