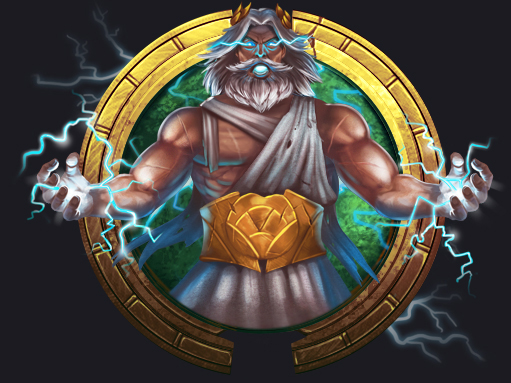 The Wild Zeus slot game gives the player the feeling of the omnipotence of the God of thunder and lightning. Thoughtful design takes players to the time of ancient Greece. All symbols of the game reels are associated with Ancient Greece. The image of Zeus himself, images from popular myths and letters of the Greek alphabet create a holistic atmosphere. If you are interested in this product, you can purchase it at our store –  https://slotopaint.com/product/wild-zeus/. 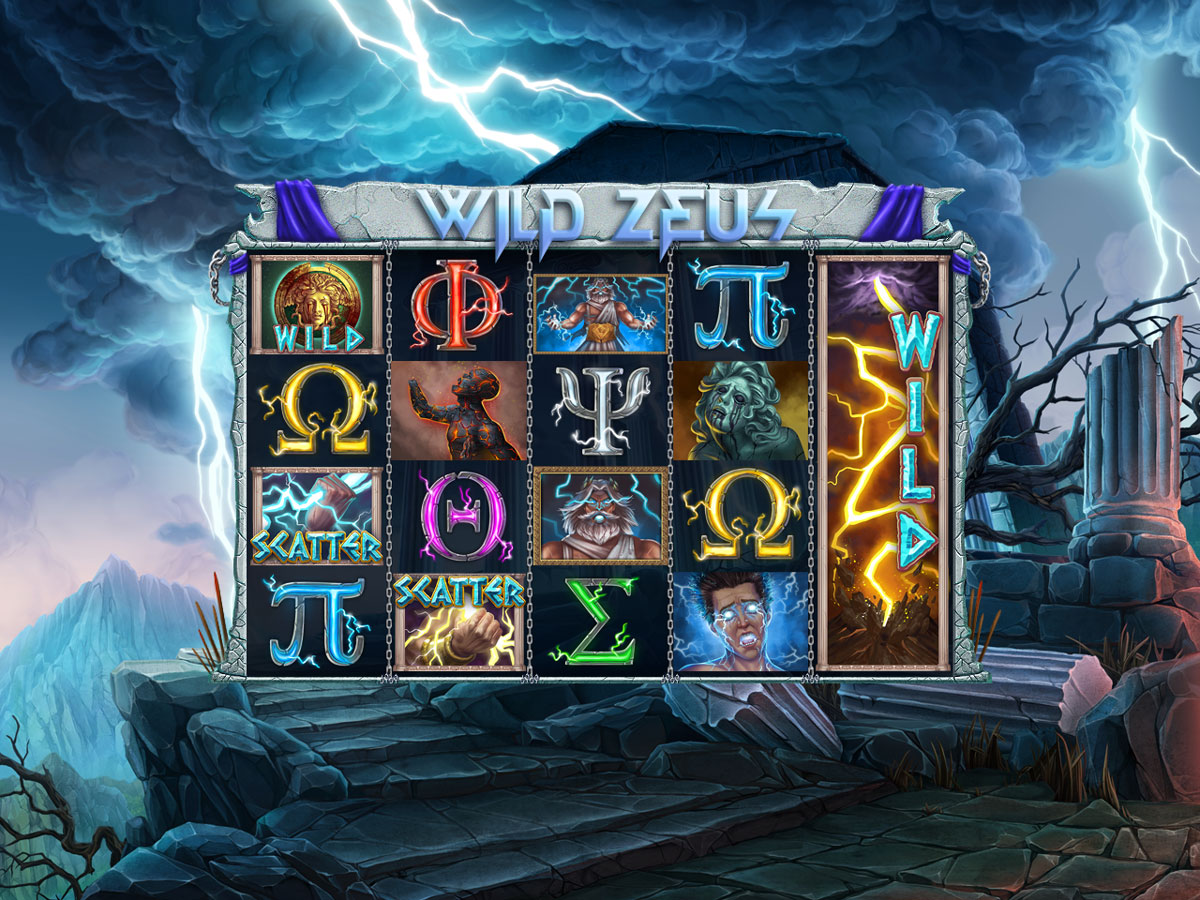 The sketch of the background leaves no doubt: we are on the battlefield, where Zeus the Thunderer has just demonstrated his strength. 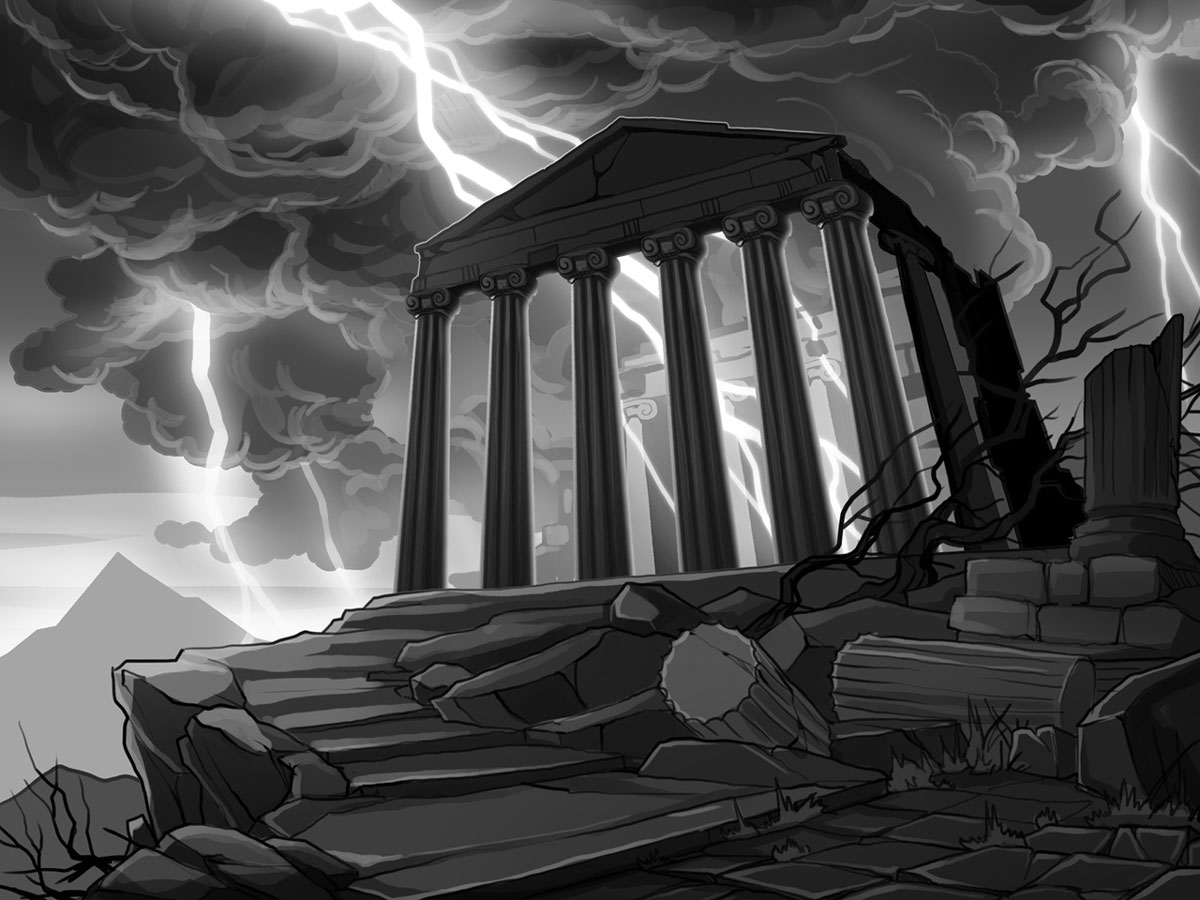 Well drawn background reveals the details. Perhaps it was here, in these ruined columns, Zeus defeated his father – Kronos? The ruins recall that the reign of Zeus began with the Battle of the Titans. Before sitting on Olympus, Zeus had to get a crushing victory. 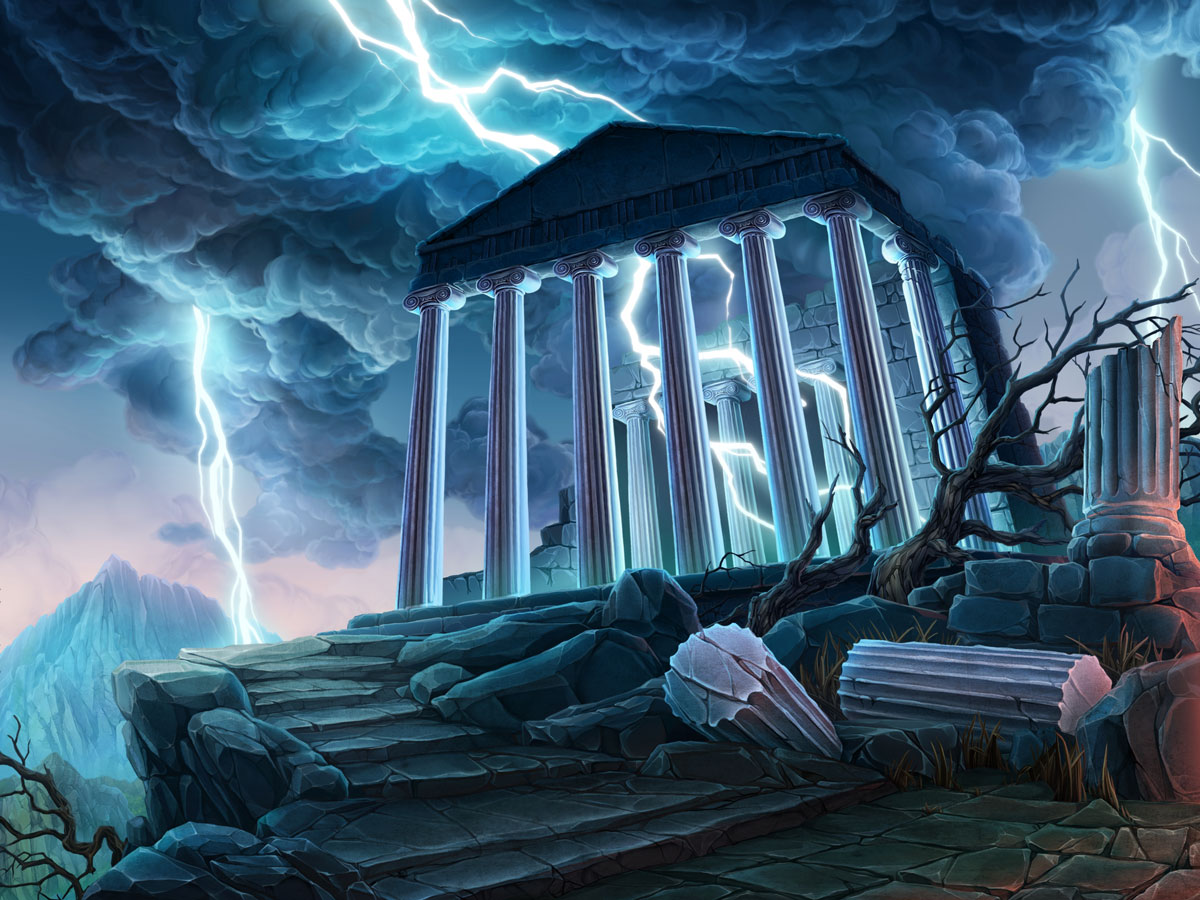 An animated background with flashes of lightning fills the gaming reality with the energy of Zeus. In these glimpses all Zeus with his rage, thirst for revenge and desire for power.

An alternative background has another lighting. Here, lightning is not in the distance, but in the foreground. They overshadow everything that happens and as if say: “Do not stand in the way of Zeus. If he goes to victory, he will receive it”. 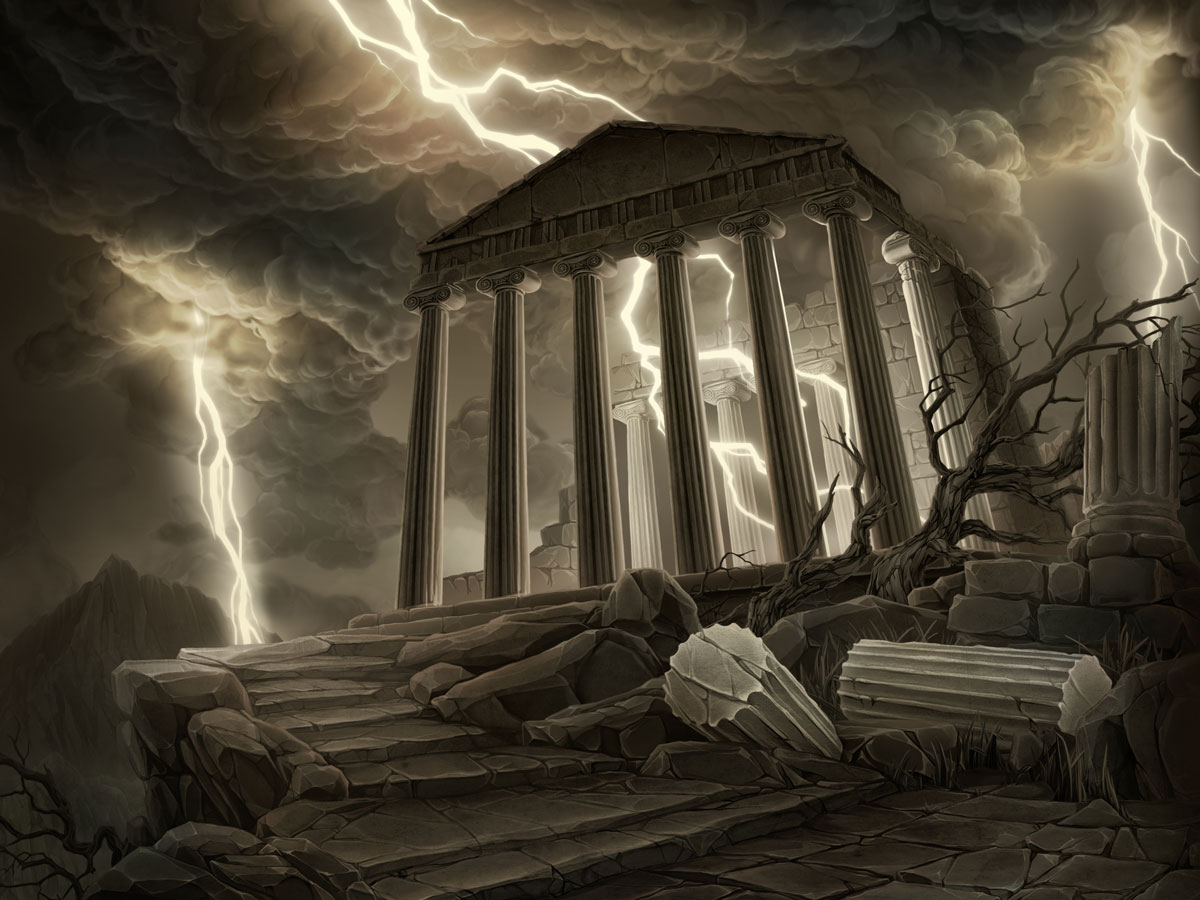 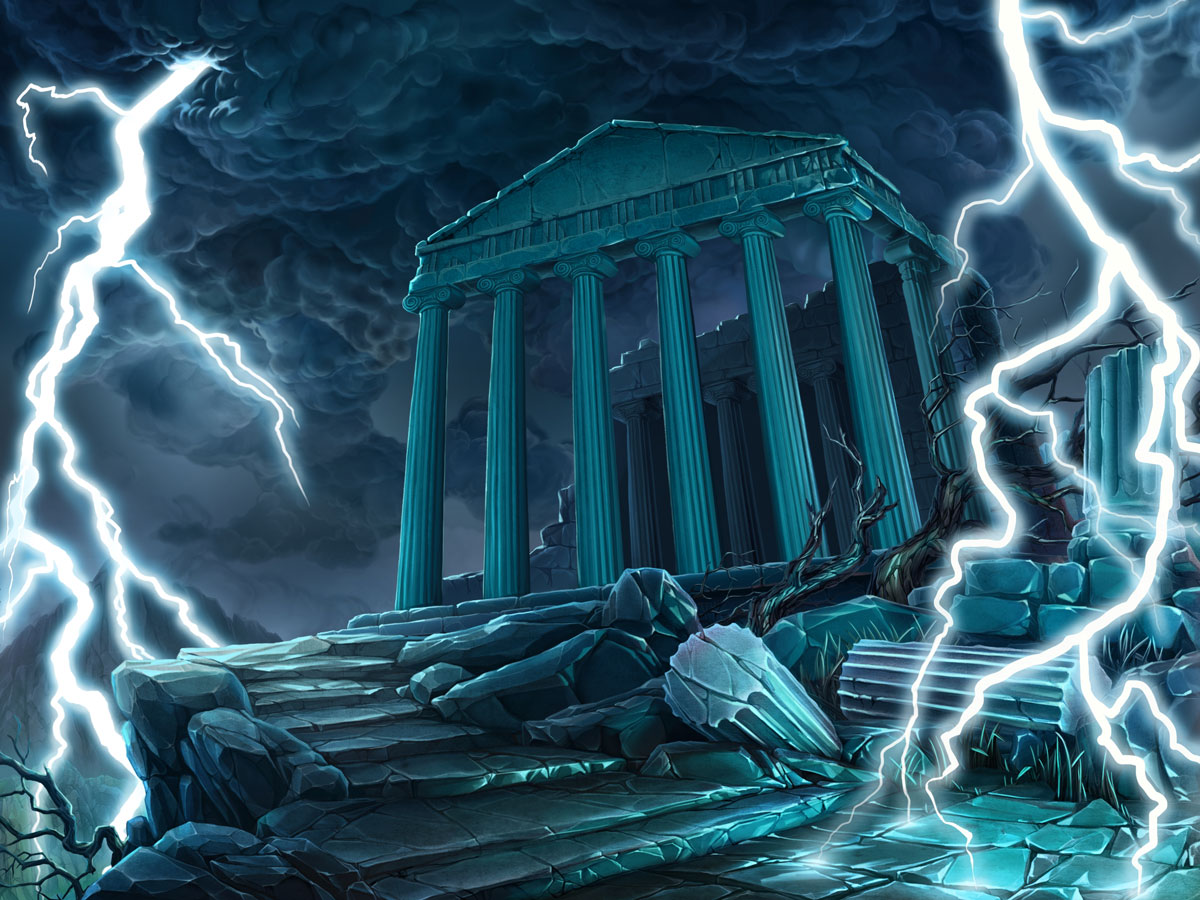 Each symbol in the game tells a story. Lightning in the hand of Zeus is not just a symbol of his power. With these lightning bolts, Zeus was able to defeat the Titans. Invincible weapons for the Olympic gods were forged by the Cyclops. So, Zeus received feathers or lightning, Hades – a helmet, and Poseidon received his trident. That is why so much attention is paid to lightning in the game: this is the embodiment of power, the invariable attribute of Zeus, and a symbol of victory. 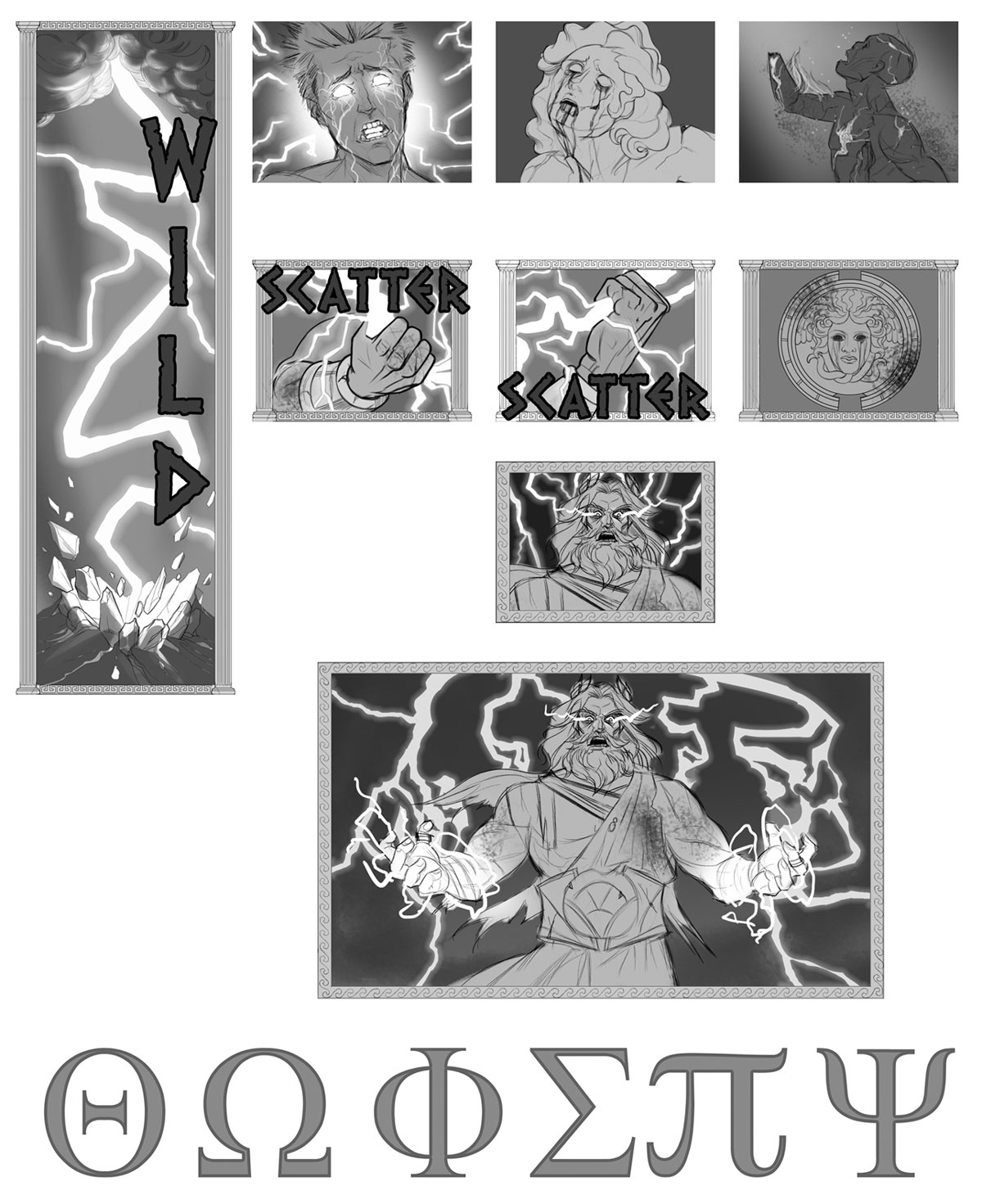 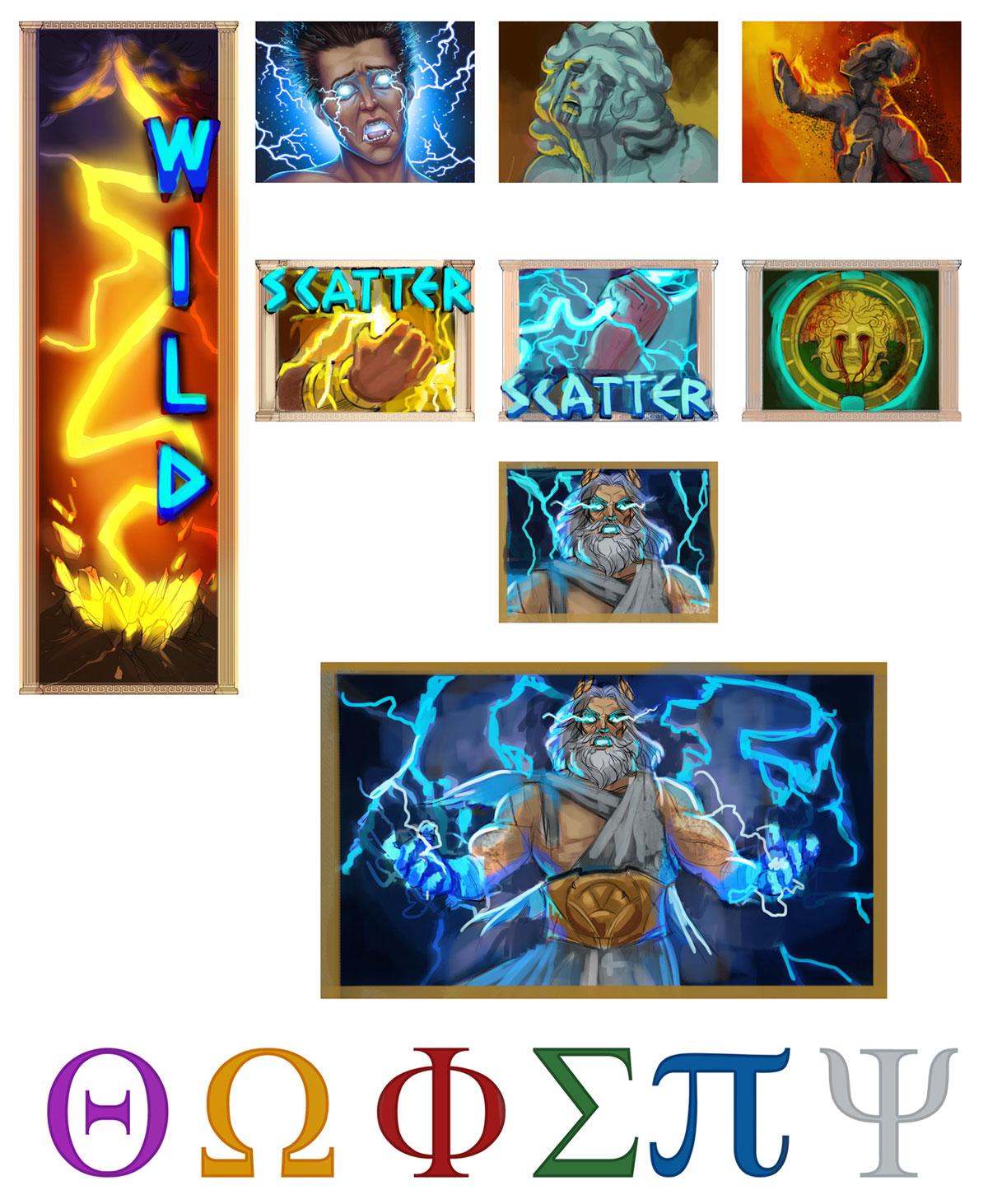 Wild symbol, the head of the Gorgon jellyfish is also a mythical trophy. The son of Zeus, Perseus, with the help of the gods defeated Gorgon. Medusa’s gaze turned people to stone, but Perseus managed to chop off her head. Moreover, the head of the Gorgon became a weapon in the hands of Perseus. The young demigod won several battles and saved the beautiful Andromeda, turning the opponents into stone statues. 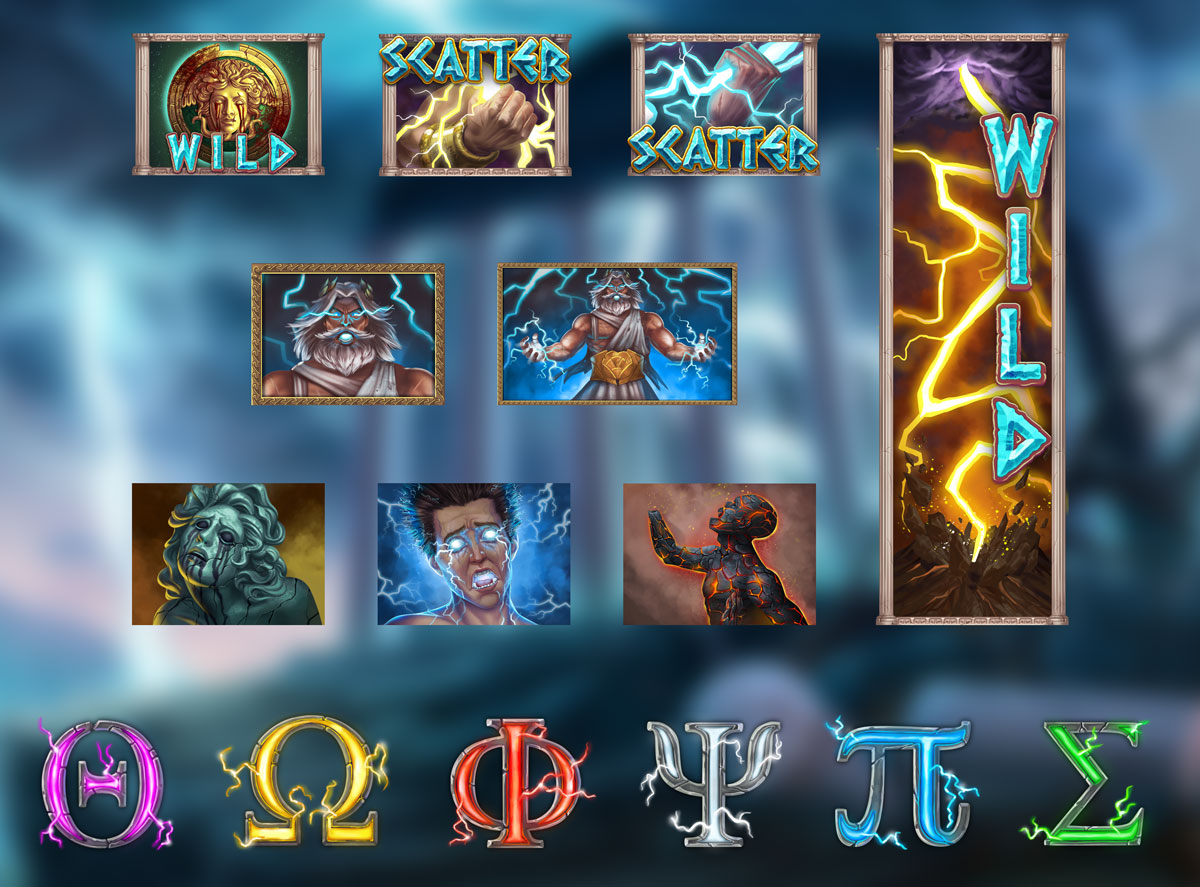 Animated symbols very accurately convey the atmosphere of ancient Greek myths. They are filled with passion and struggle, the desire for victory. 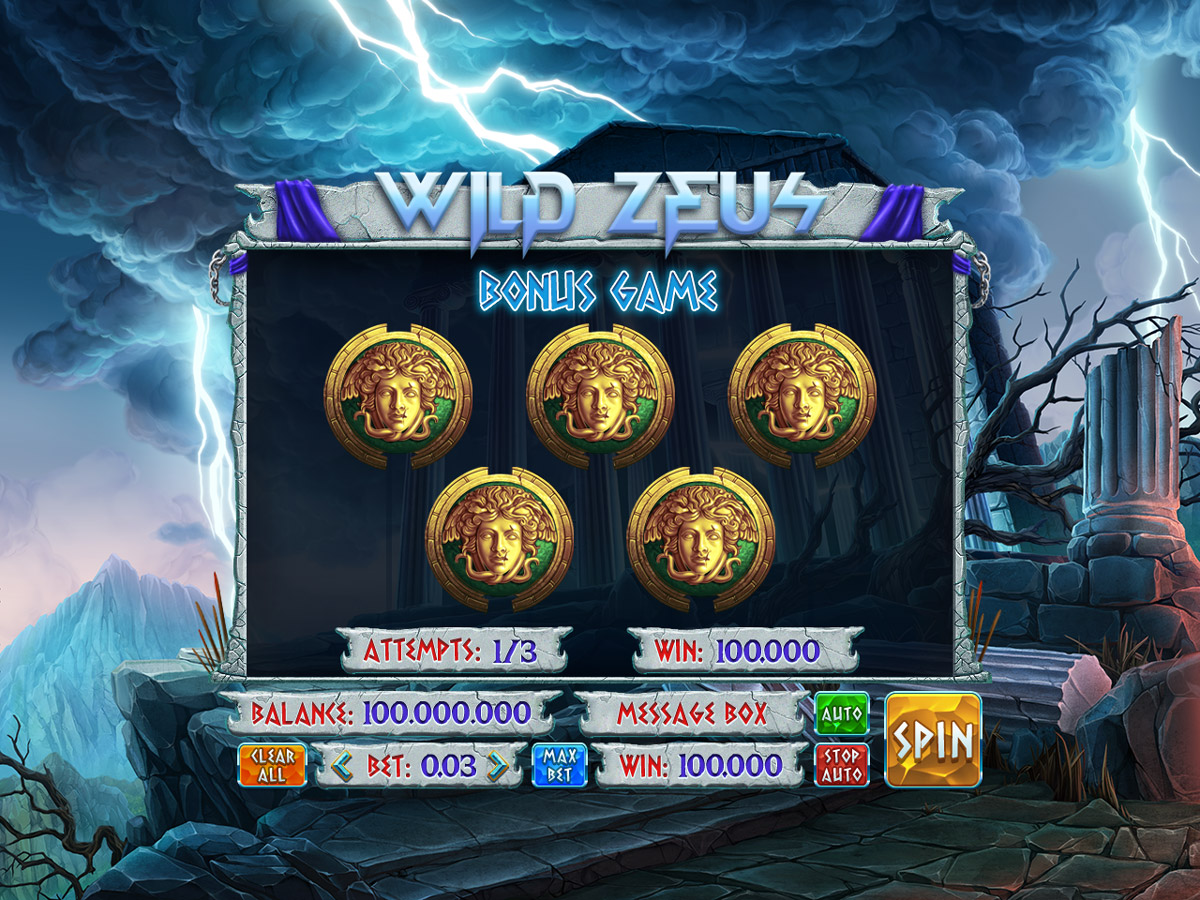 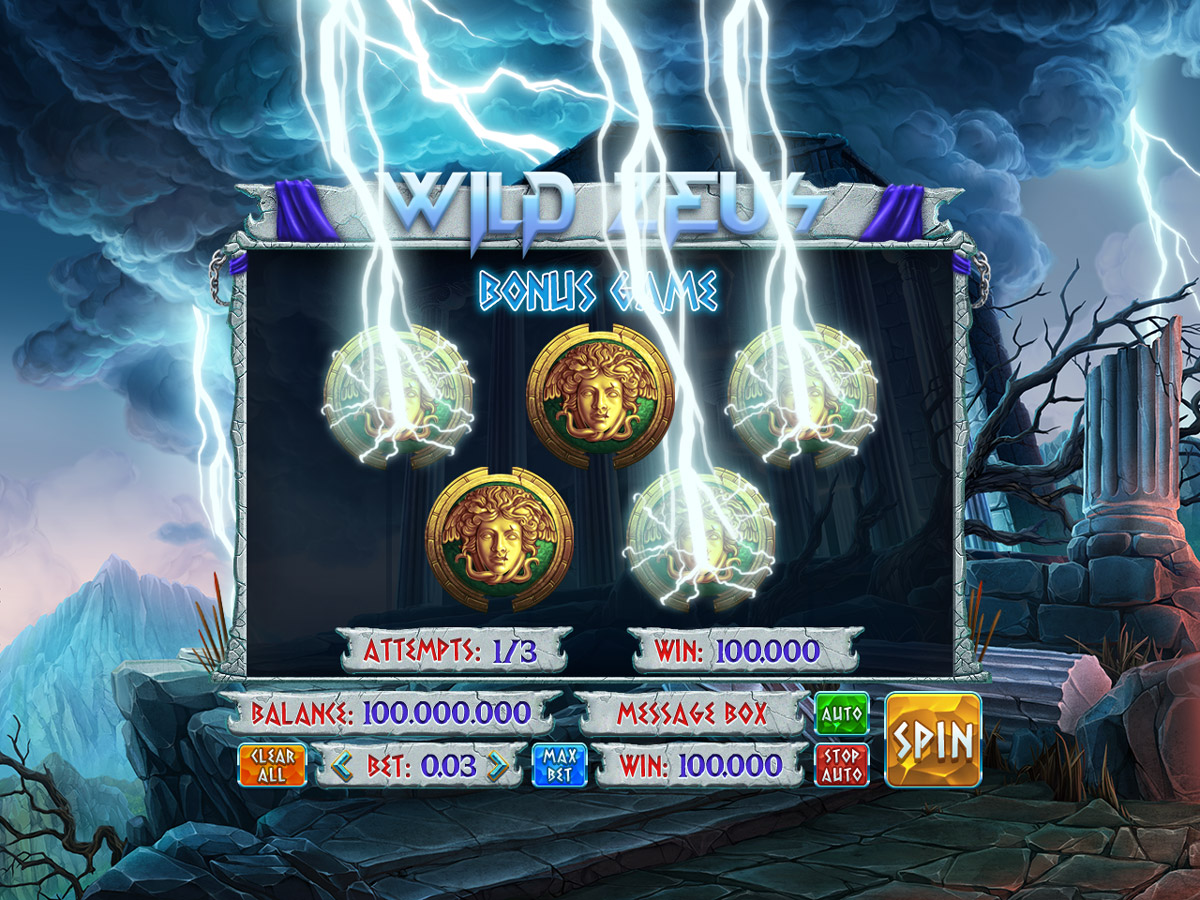 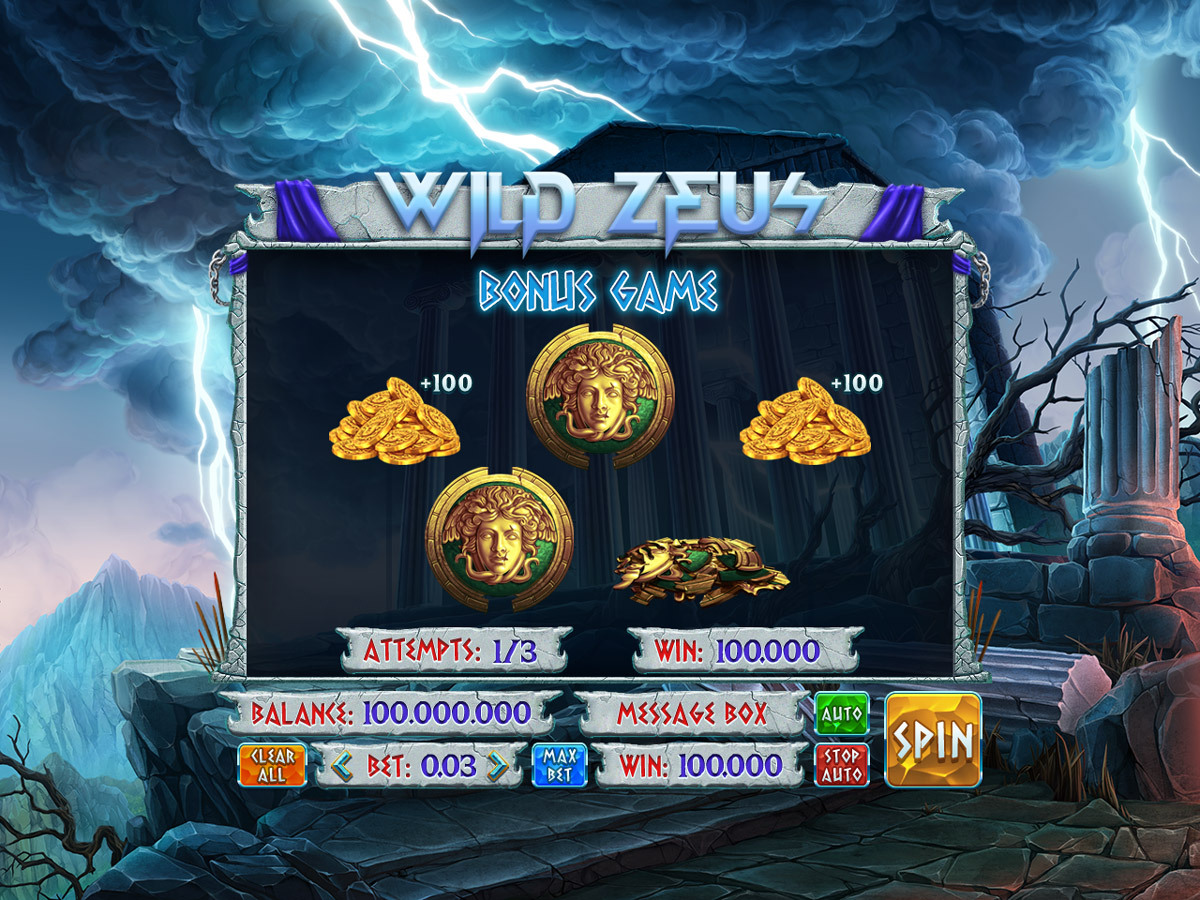 Welcome screens deserve special attention. On the first screen, players see the amount of their winnings and the number of free spins. The background is a picture already familiar to us with antique columns and lightnings in the background. 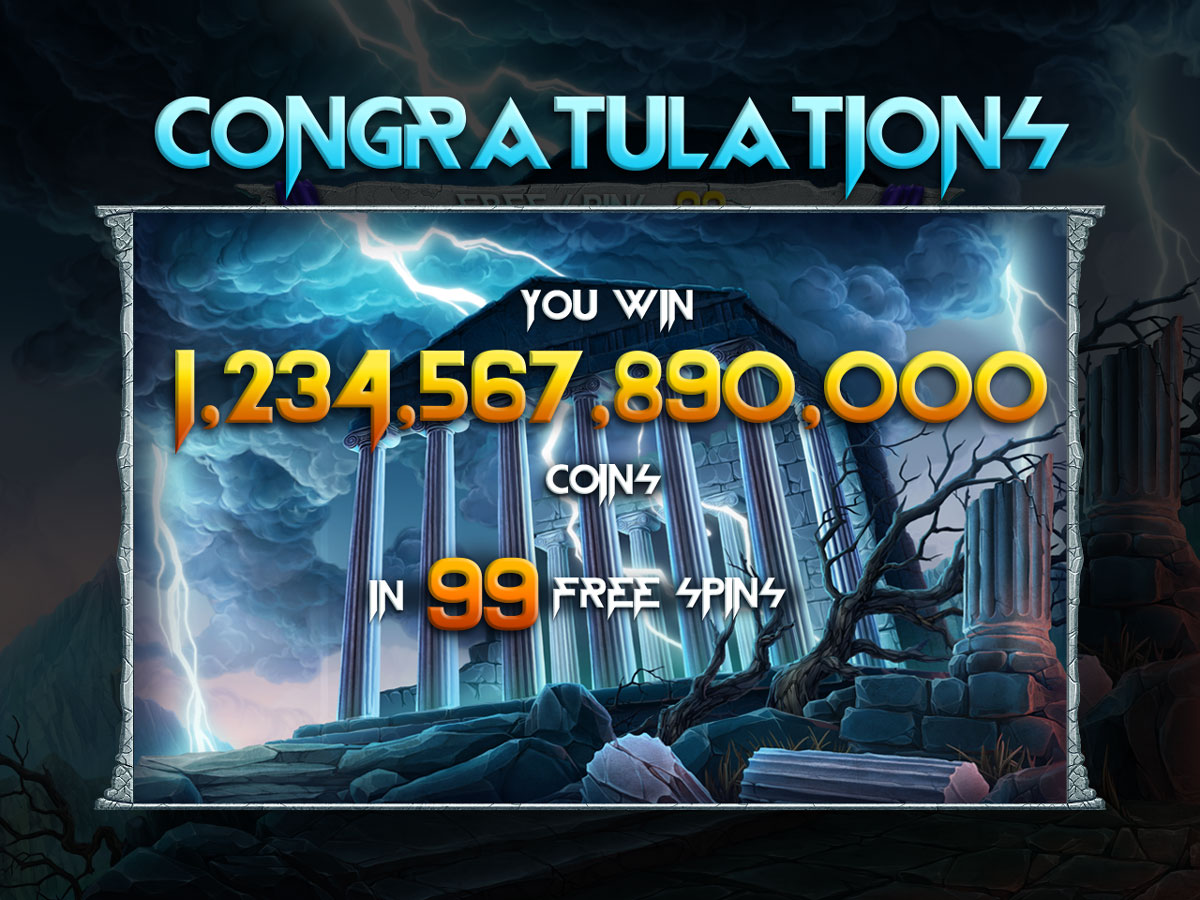 The next screen option is congratulations to players who have received three or more Scatters. A stylized inscription tells you how many free spins a player received. To enhance the effect, images of Zeus with lightning in their hands appear on the screen. 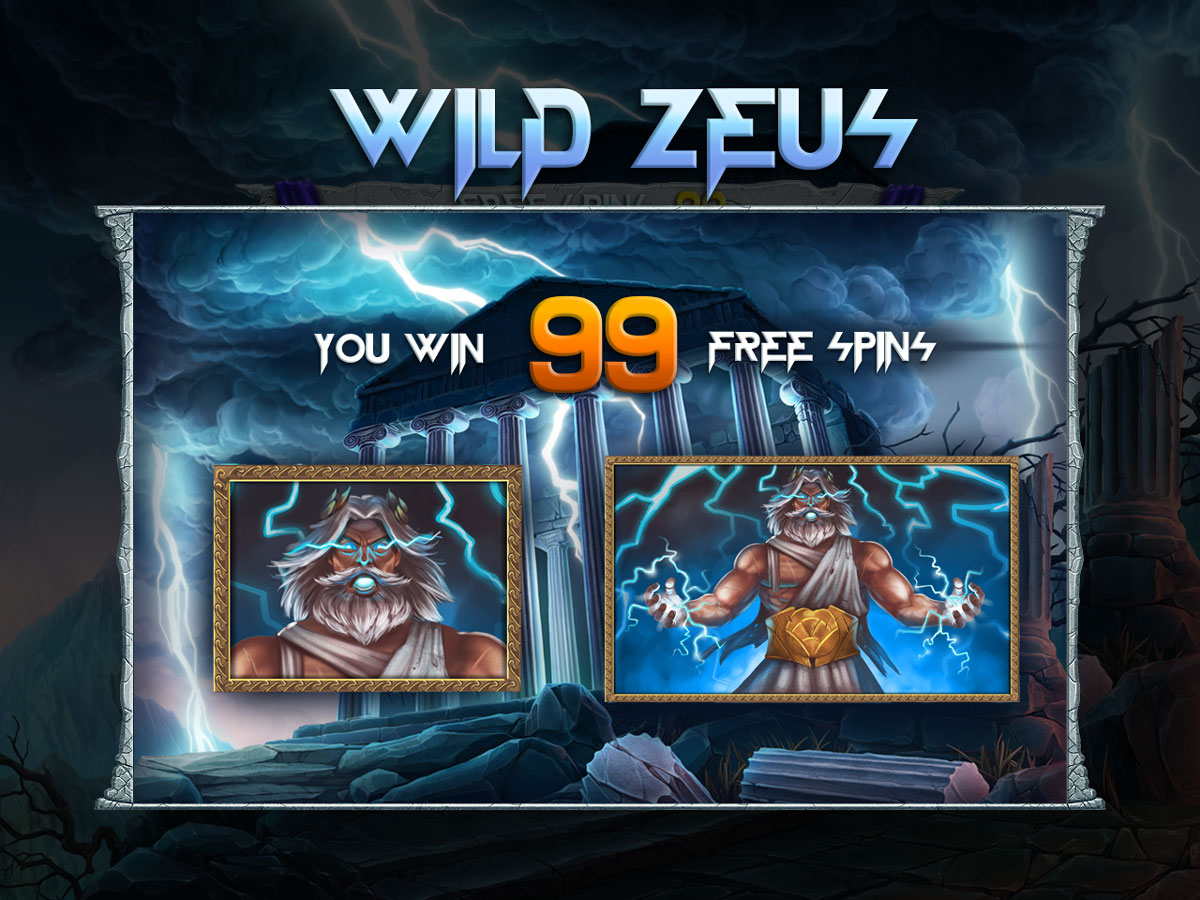 Another welcome splash screen for the winner. The huge Wild symbol remains stationary while the reels spin. With this combination, the chances of winning are greatly increased. 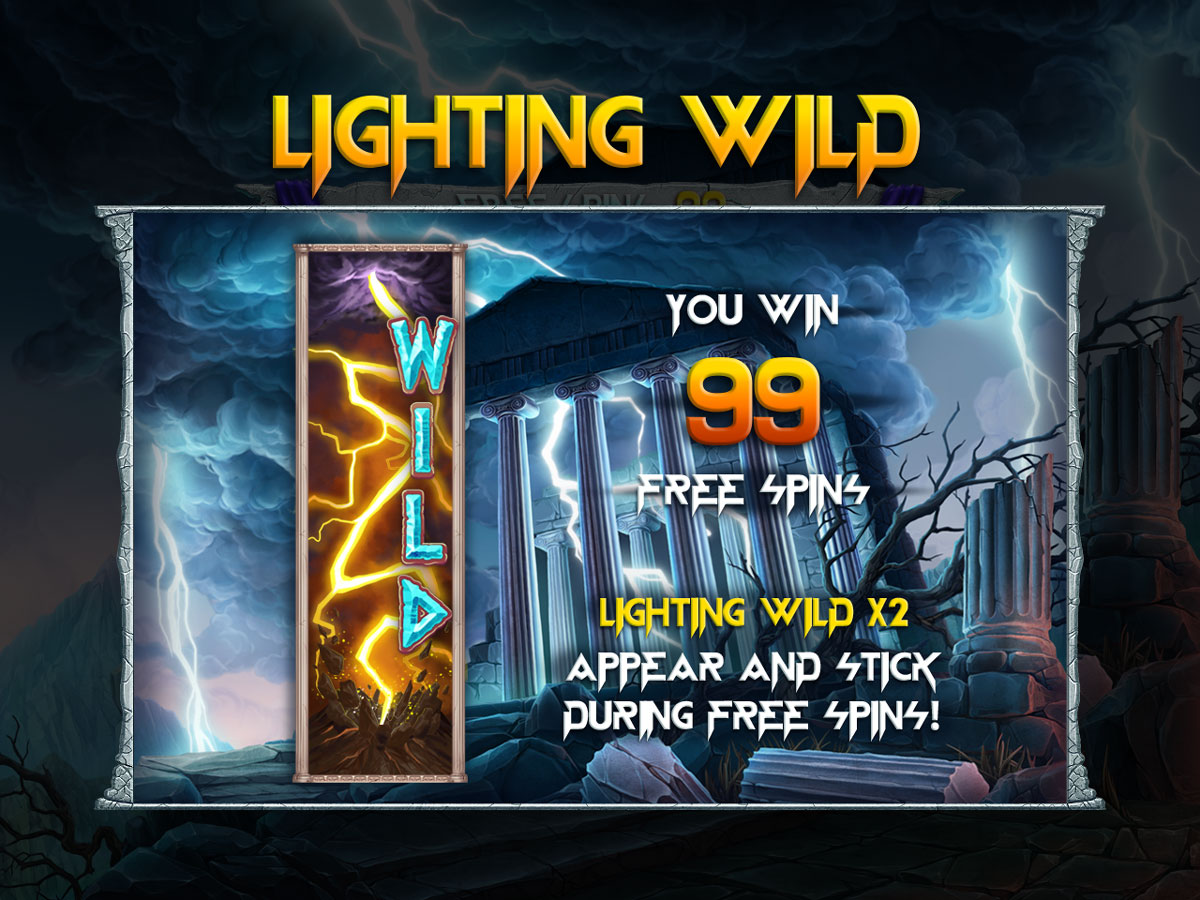 Screens for congratulations on winning combinations are made in the same style. All of them carry the player to Olympus. The inscriptions do not just indicate the amount of winnings. They give a feeling of power! 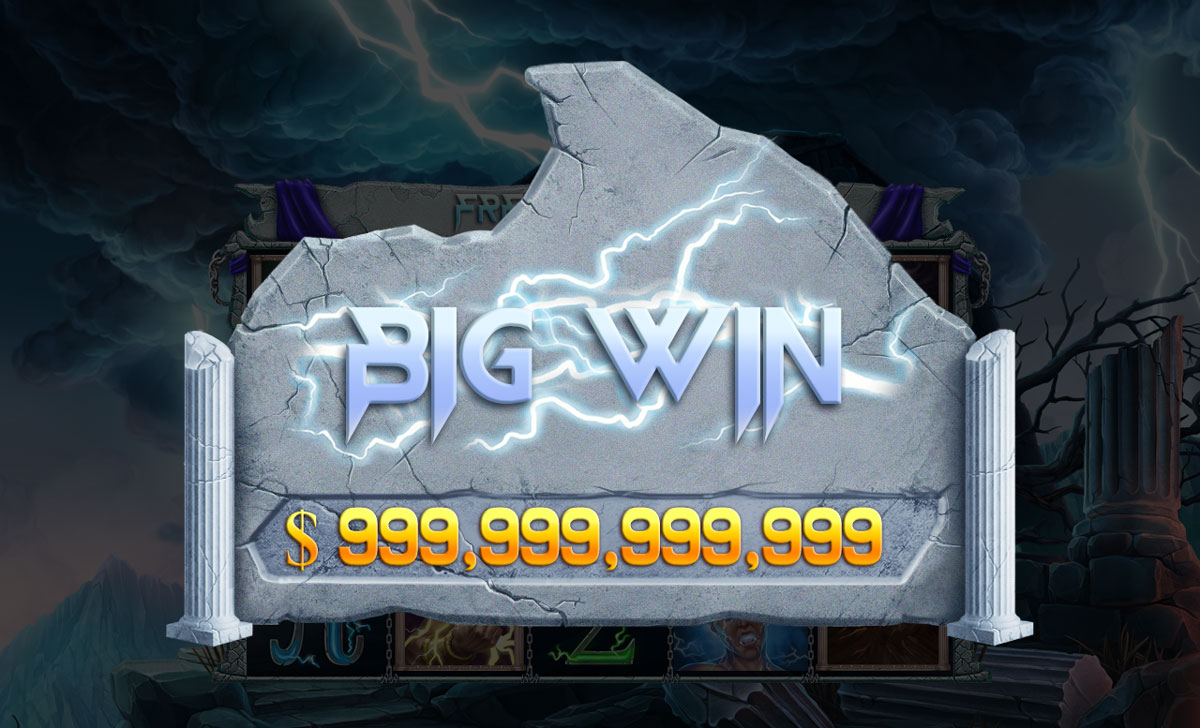 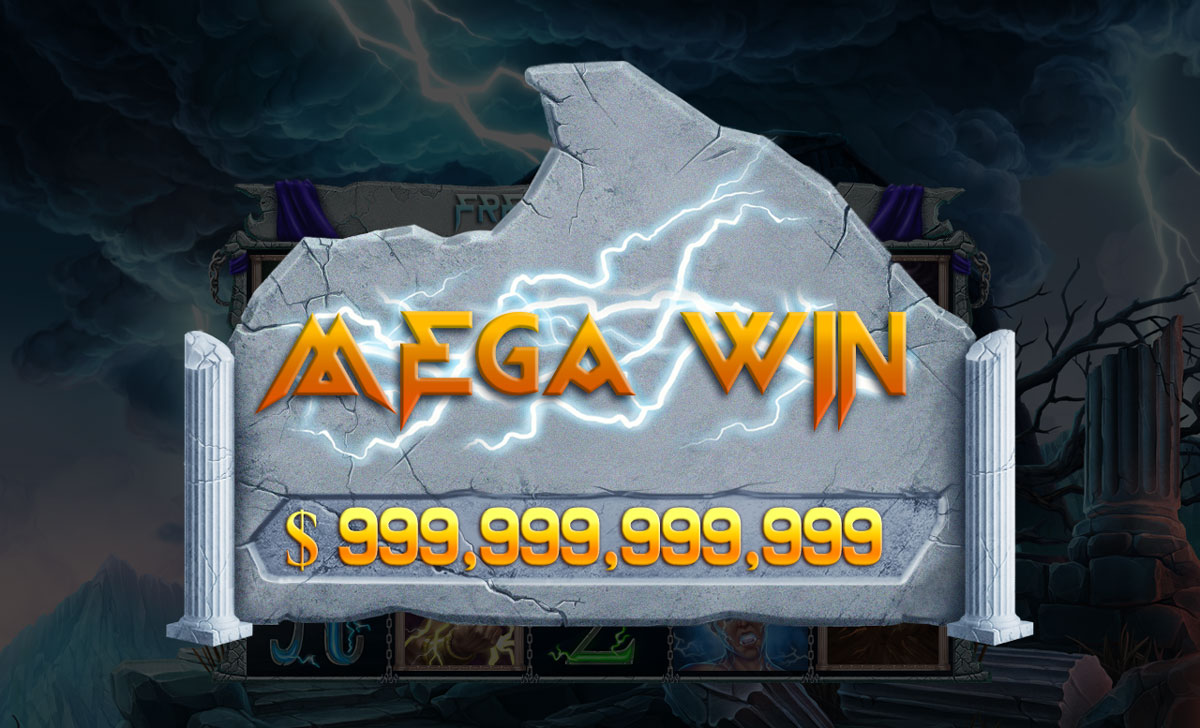 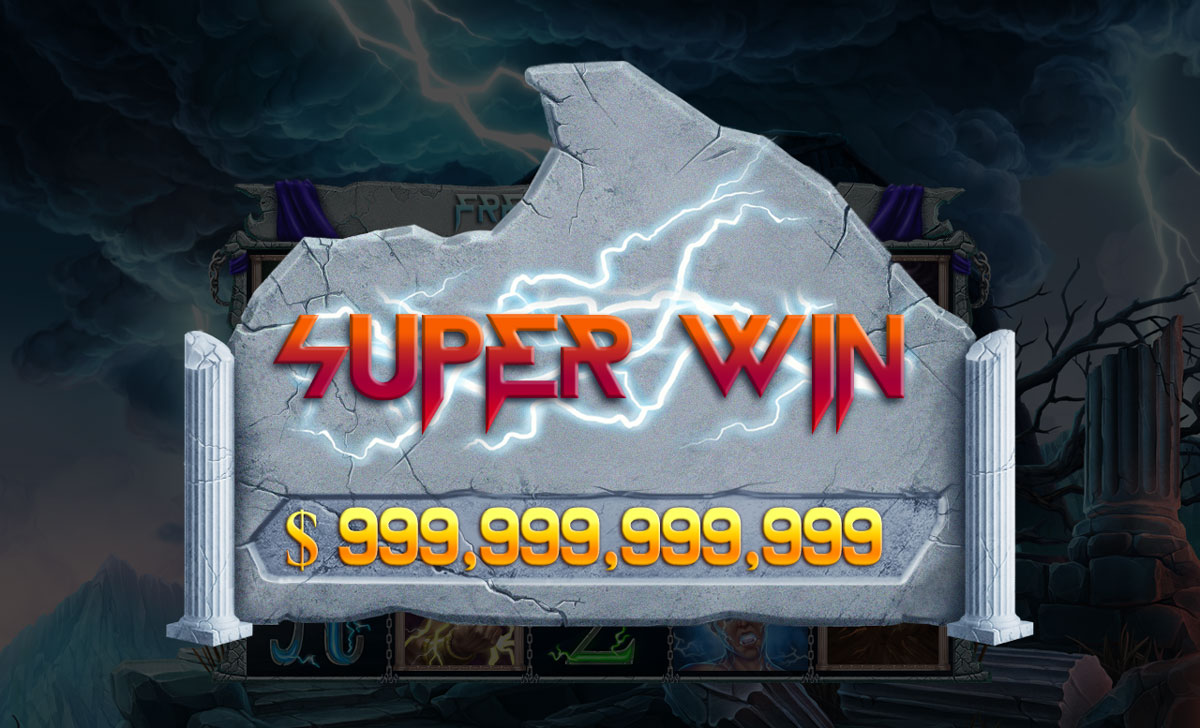 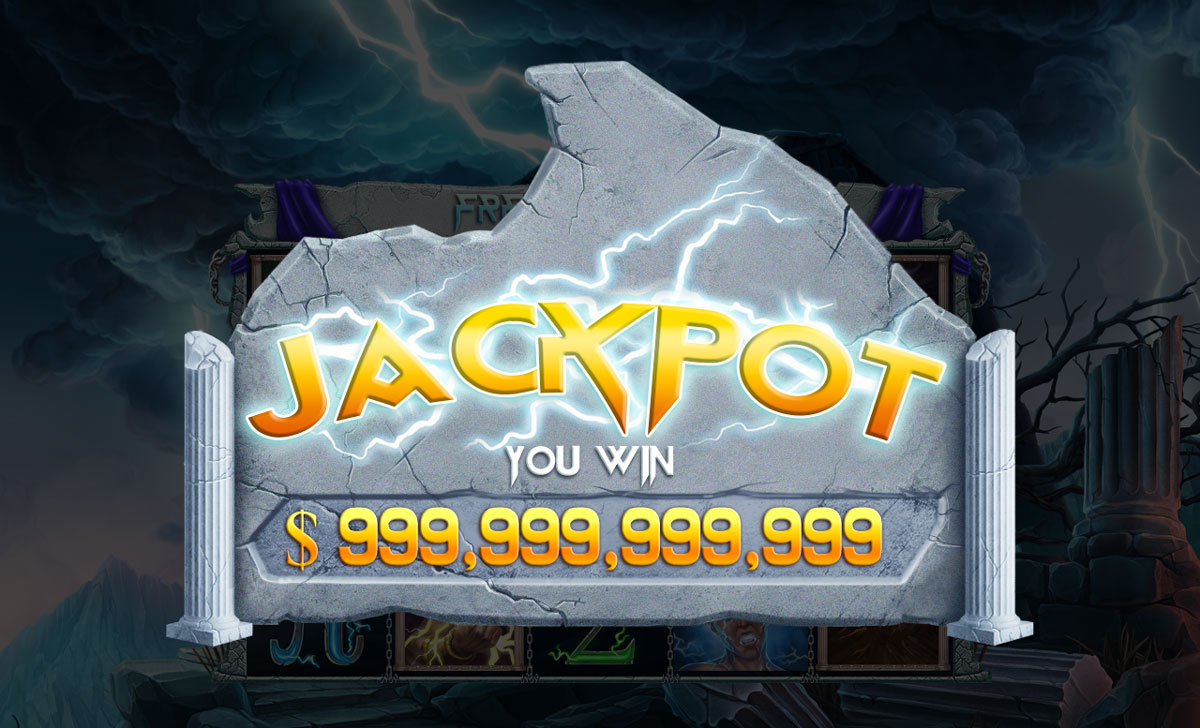 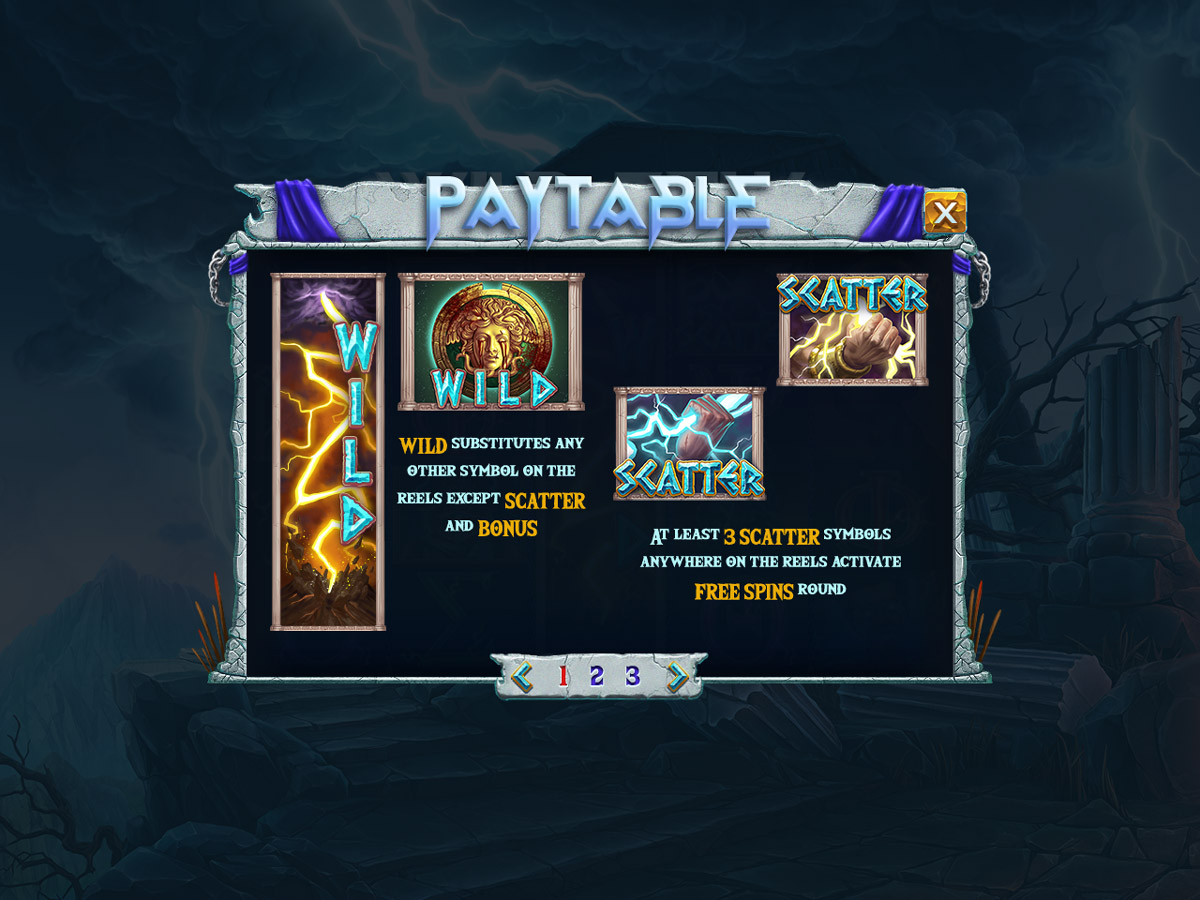 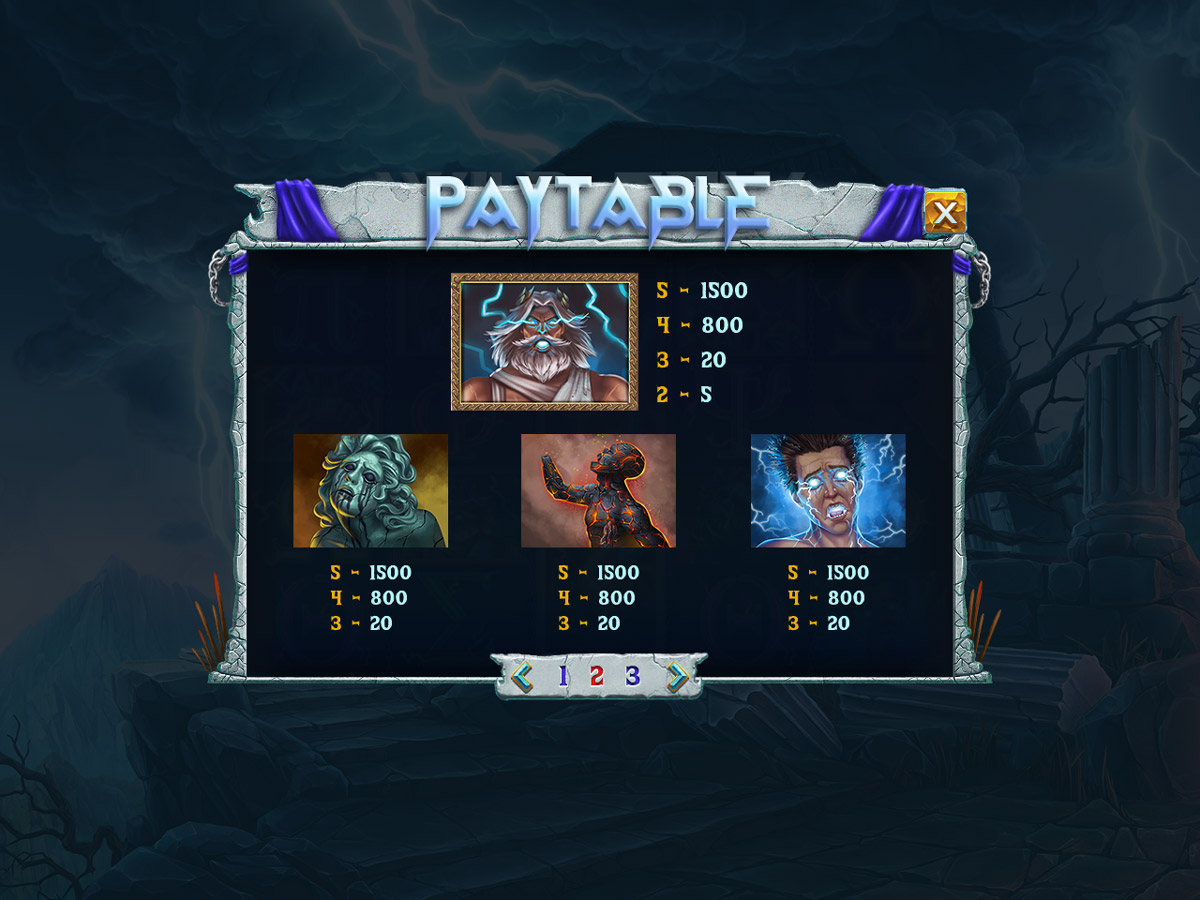 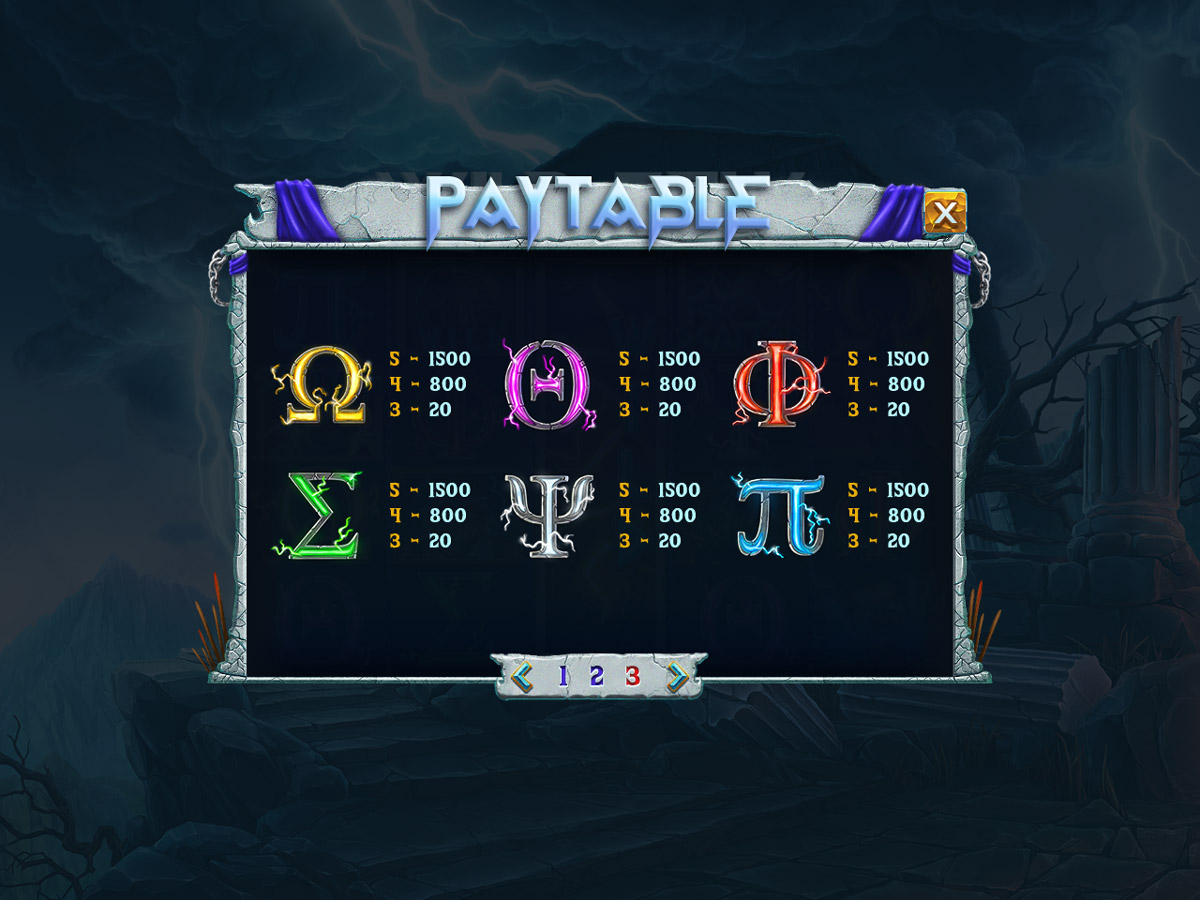 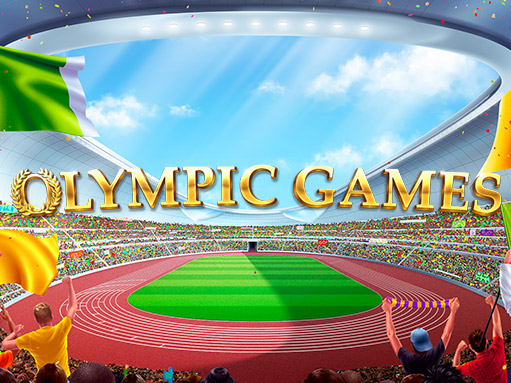 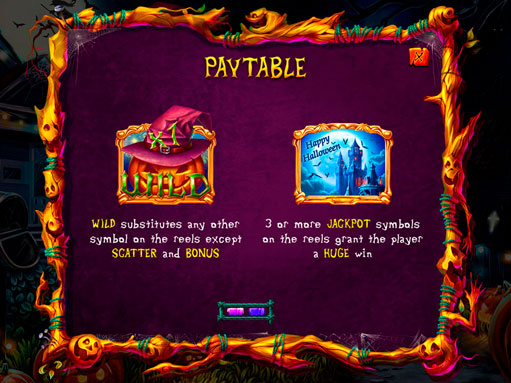 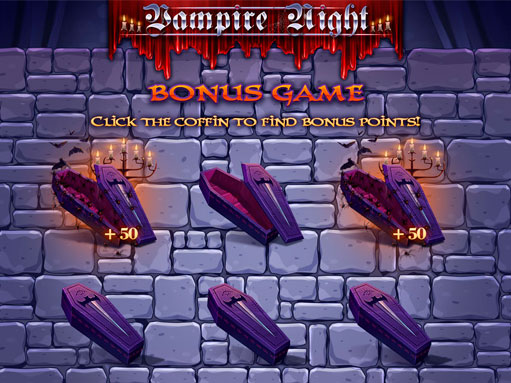