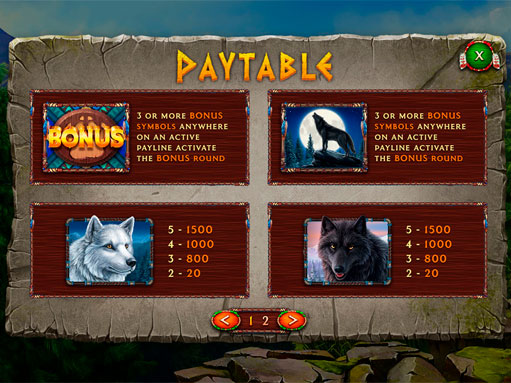 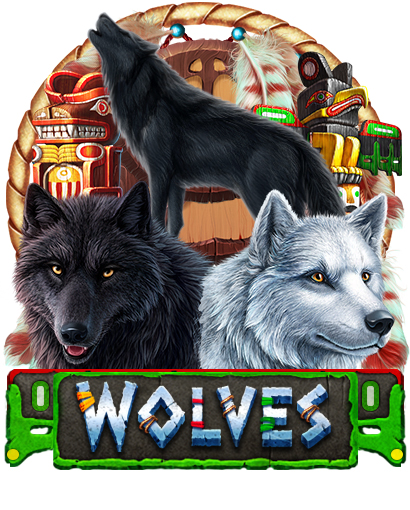 The wolf is found in legends and myths more often than any other predator. And this is no coincidence! Remember, the wolf often acts as the main assistant, protector of the main characters, even in fairy tales. Fast, hardy and inconspicuous wolf is also considered a symbol of a warrior. For the Indians, the wolf has long been considered one of the animals of power. Especially often totem wolves are found among the Indians of North America, Canada and Alaska. Men in some tribes put on wolf skins to become just as fast and hardy. According to legend, the spirit of a wolf could come to a warrior in a dream and report danger. So the wolf also became the embodiment of good luck. Of course, speed and strength are not so important for the player. But luck will be very necessary. Let the wolves from this slot give players excitement and confidence in their abilities.  If you are interested in our new product, you can purchase it at our store – https://slotopaint.com/product/wolves/.

The game reel is shaped like a rock with symbols depicted on it. A landscape is seen behind the reels – dense conifers and mountains. You can imagine how in this area a howl is heard – a wolf song. For the name of the slot, we used a font that brings players as close as possible to the life of the Indians. The letters seem to be carved out of stone and decorated with leather laces with beads. The “Spin” button is designed as a “dream catcher” – a recognizable symbol from the life of Indian tribes. 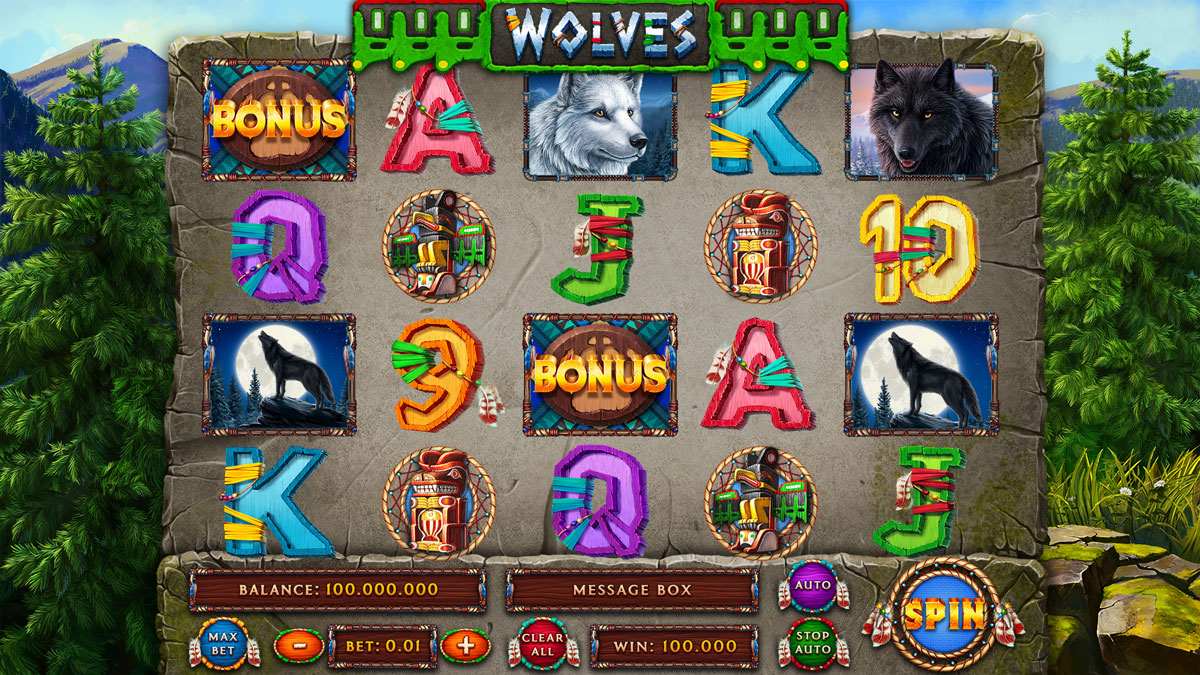 There are two options for the playing field. The daytime option is a picturesque foothill. A dense coniferous forest with huge centuries-old trees opens in front of the players. We immediately want to take a deep breath of the fresh air filled with the aromas of the forest. Chamomile in the grass makes the landscape more calm and peaceful. The path leads to the mountains. It attracts the eye and draws attention to the mountain slopes, and then to the rocky peaks. Light clouds are barely visible in the blue sky. The sky looks translucent, as if in a picture of a skilled painter. 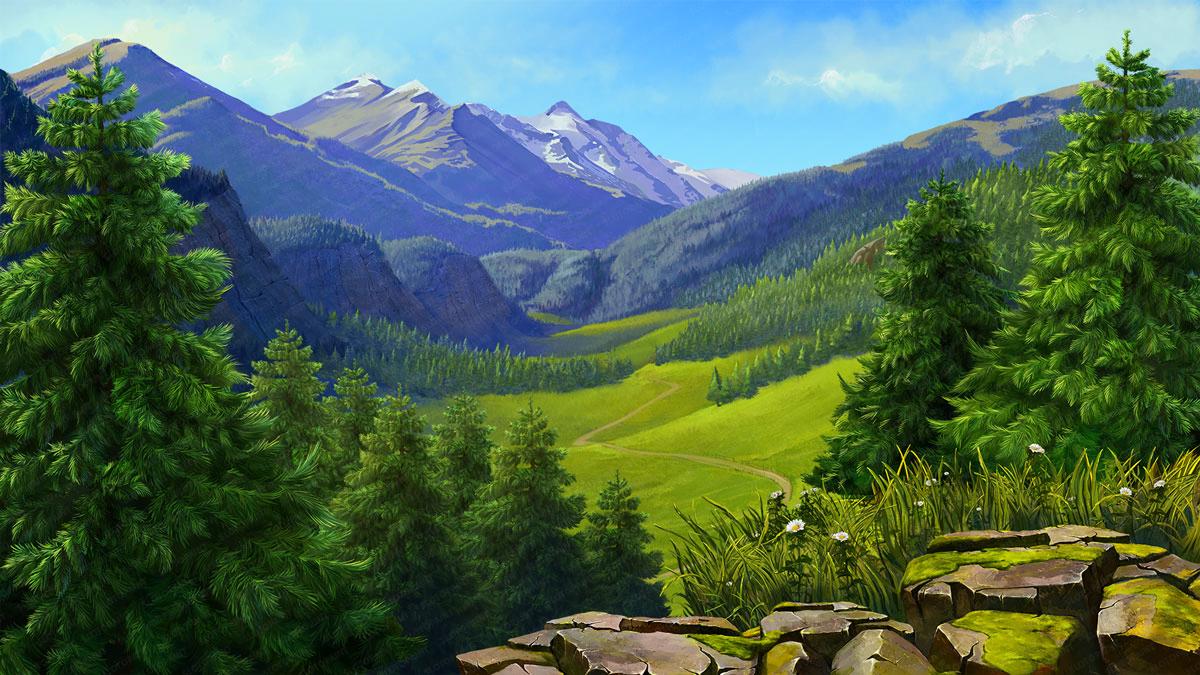 The night version of the background attracts with a mysterious atmosphere. The full moon illuminates the mountaintops. The rocky peaks shimmer with white light in such a way that it is impossible to tell whether they are reflections of the moonlight or snow. The clear sky is dotted with stars. They wink and remind of the spirits of their ancestors. 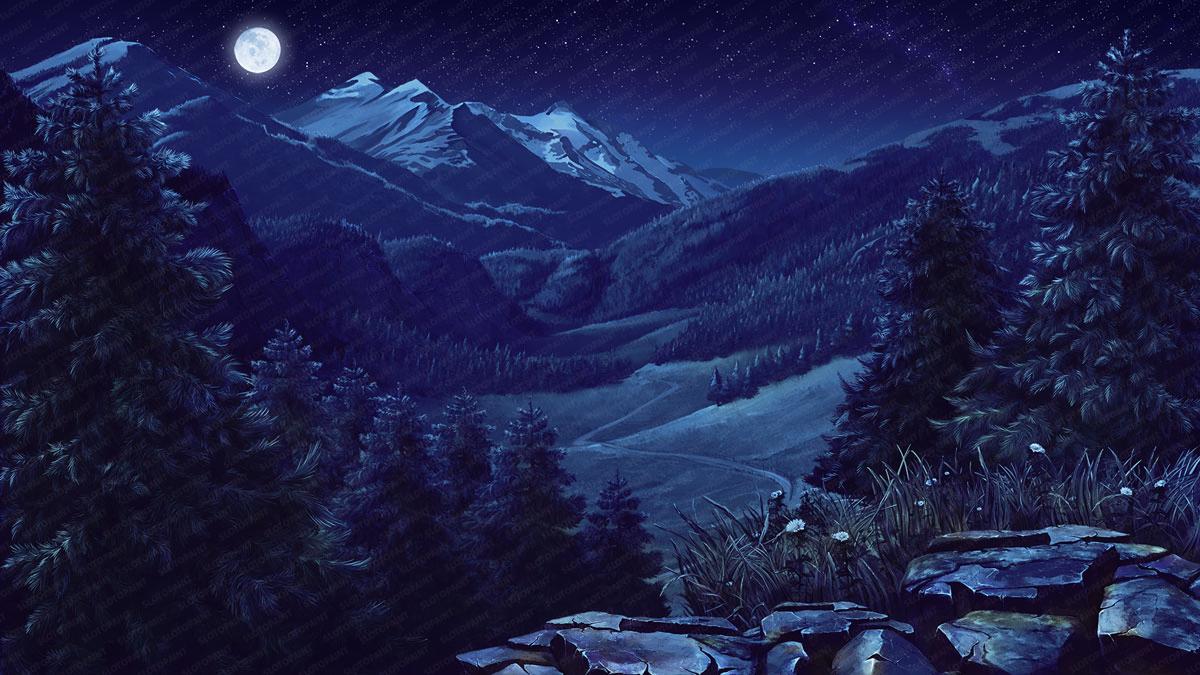 All High symbols images are dedicated to the owners of the forest – wolves. Players can see the detailed muzzles of the white and dark gray wolves. Animals are confident in their own strength, they look with dignity. This kind of wolf evokes delight and respect rather than fear. Two more images are silhouettes of wolves against the background of a full moon. The wolf froze at the top of the cliff and began to sing out his “song”. Pictures vary in scale. One symbol focuses on the wolf itself, and on the second symbol you can also see the rock. Bonus symbol – the footprint of a powerful wolf’s paw, carved from wood. Such a trail can serve as a talisman and bring victory. All High symbols are rectangular.

The next row of images is totem poles. As you know, the totem is the mythical ancestor and soul of the tribe. Most often, animals became totems. The symbols are framed in a round dream catcher frame. Such an image once again reminds of protection from evil forces.

Royal symbols – classic card symbols. Here, special attention is paid to the decoration of each symbol. The letters and numbers look like carved wood. Each symbol is decorated with traditional Indian materials – colorful laces, beads and feathers. 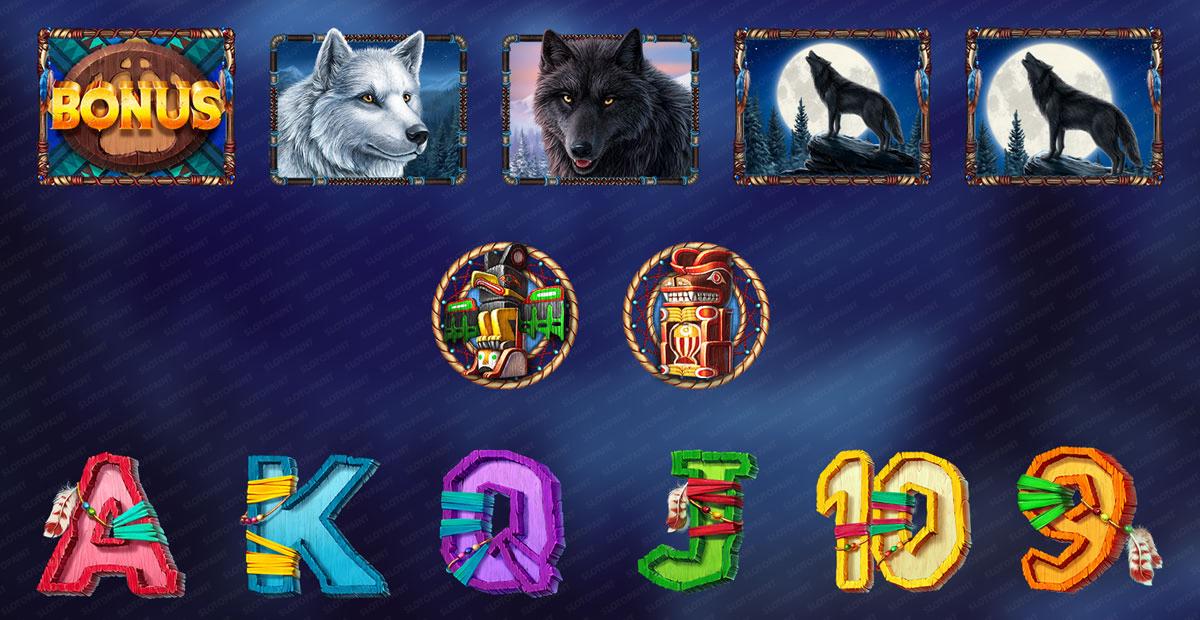 Paytables are similar to the game reels in design. The screen also resembles a rock. The decoding of each symbol is made on a wooden background to make the inscriptions easier to read. 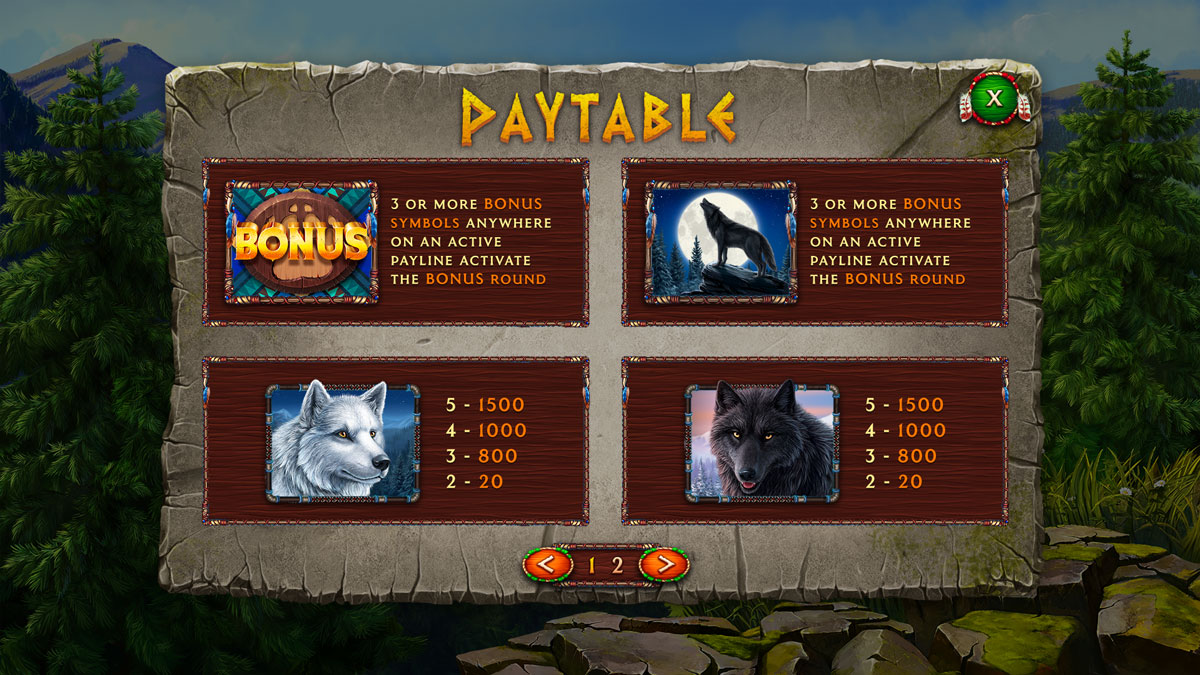 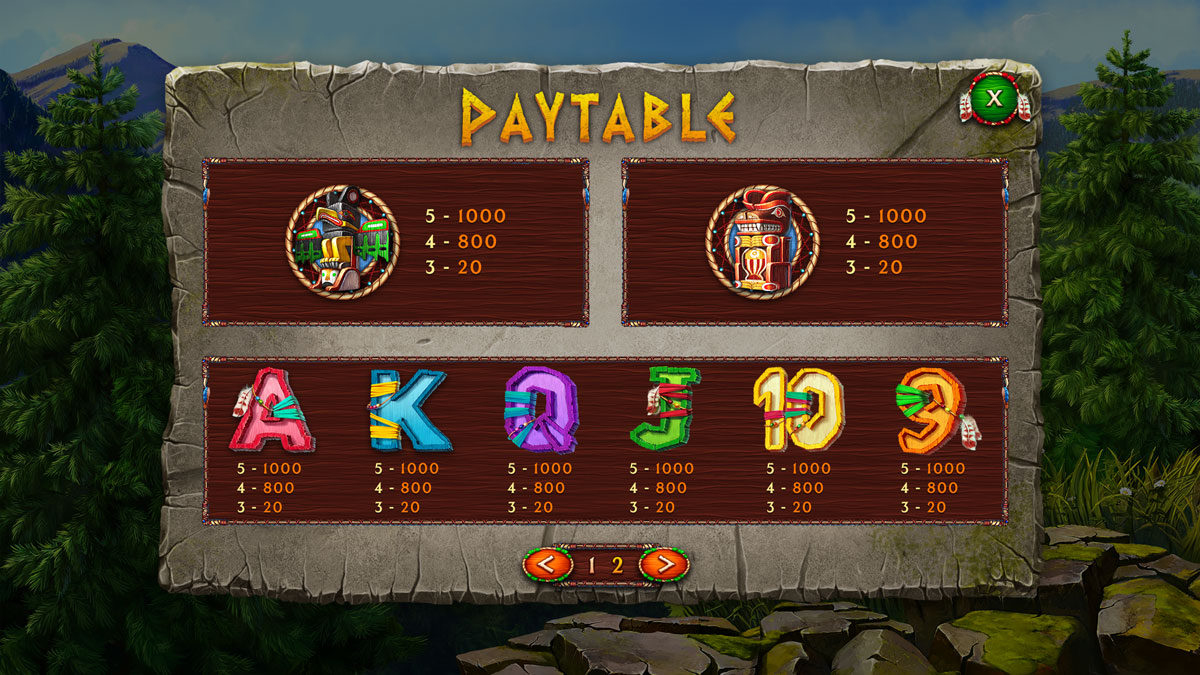 The Close button is designed like a little dreamcatcher. 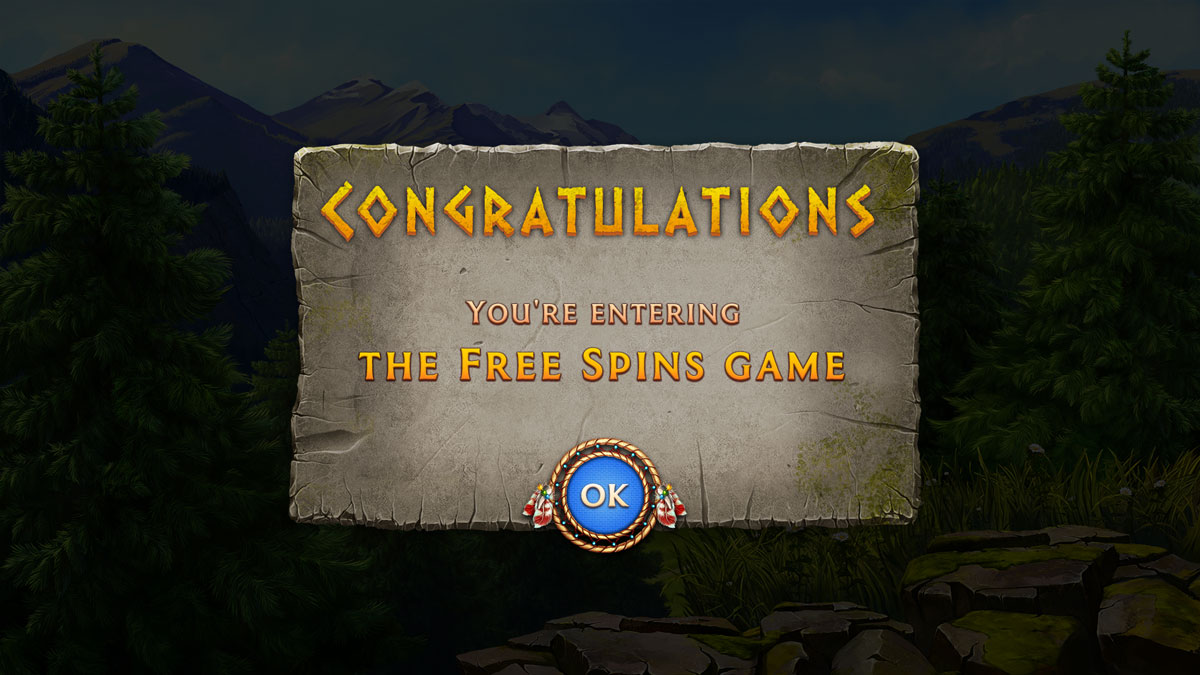 The greeting screens also use a gray surface for the background, which simulates a rock. 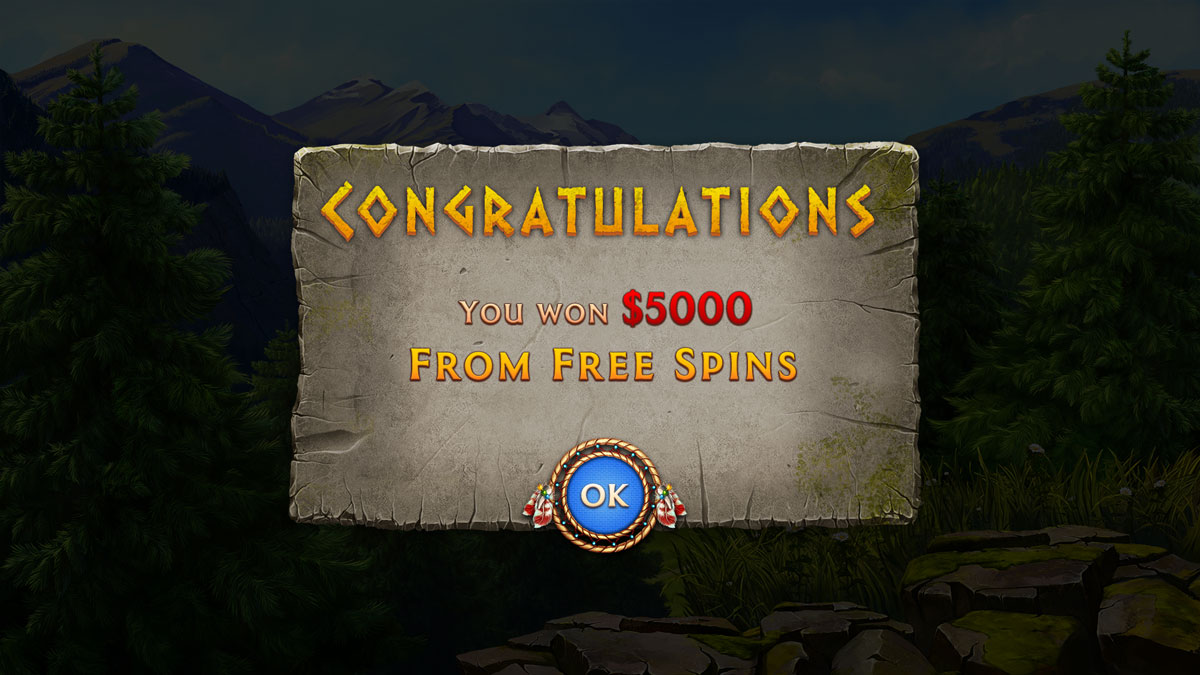 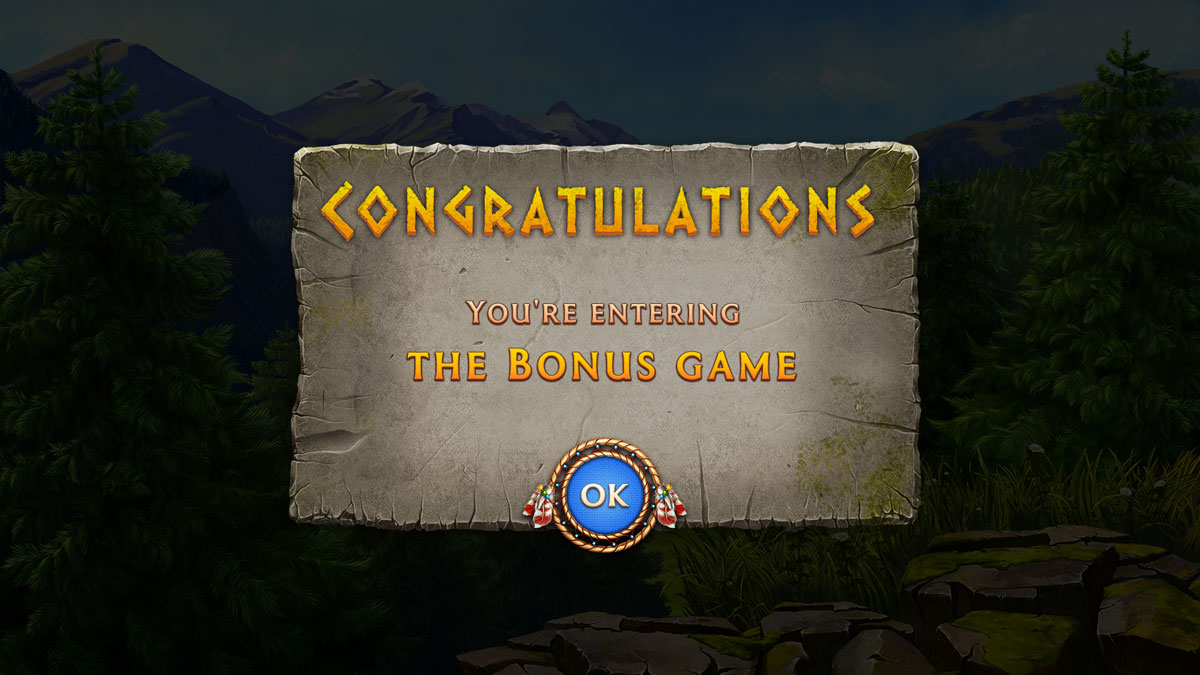 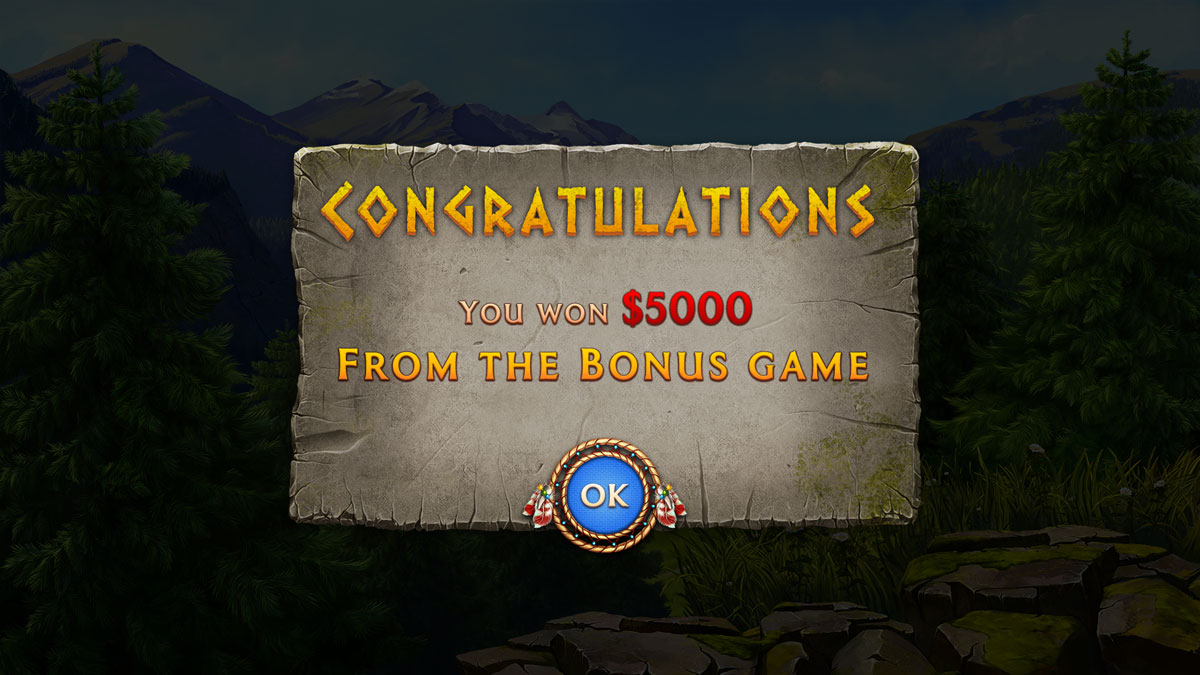 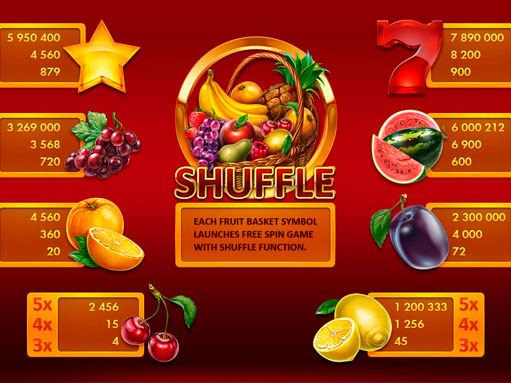 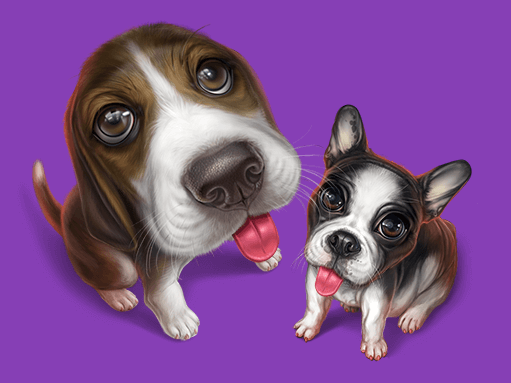 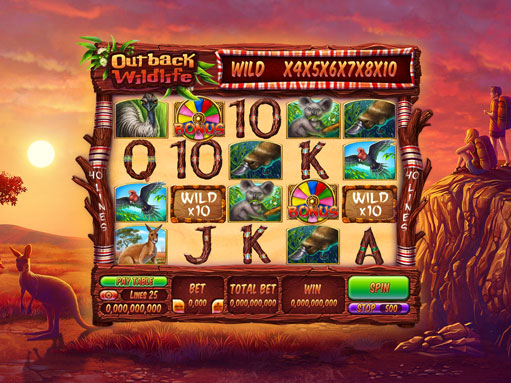