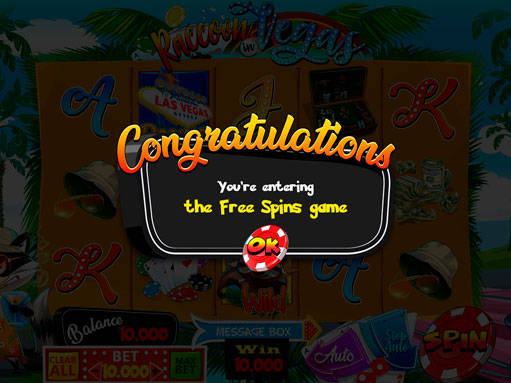 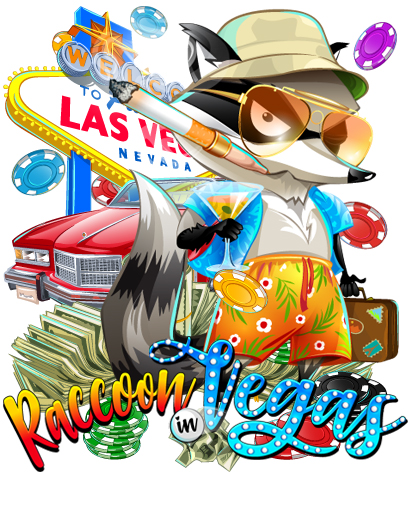 Las Vegas is a special world. A world where is a place of adventure and luck, where fate always gives a second chance, where everything is possible. The cult world “Fear and Loathing in Las Vegas” is associated not only with bright casino lights. Rather, it is a story about how two friends went to Vegas on official business, but very soon the business trip turned into a string of unusual events. The film is based on the plot of one of the most controversial novels of the 20th century. Not everyone knows that this story is based on real events. Even such a detail as a car is taken from life. The author of the novel and the prototype of the protagonist, Hunter Thompson, did ride the red Chevrolet Impala. Later this car was traded for himself by Johnny Depp, who played a major role in the film. The slot “Raccoon in Vegas” has gathered all the best from the film – recognizable details and catchy images. There is no narcotic fumes and unpleasant consequences. Only the excitement of the casino, the charisma of the protagonist and the search for adventure.

What is Vegas? Alluring signs, unlimited cocktails, coin ringing in the machine and the incomparable sound of roulette. Vegas is a promise of a beautiful life. Let’s go to meet bright emotions! The game reels are made in sand color. They resemble the Nevada desert, along which the main characters of the film “Fear and Loathing in Las Vegas” rode. But instead of a journalist and a lawyer, a raccoon is looking at the players from the screen. He is in the same panama and glasses as the hero of Johnny Depp. But it seems that his plans include a big win. Bright inscriptions and colorful images on the reels emphasize the spirit of Vegas. Everything sparkles and shimmers here. There is no place for dullness and boredom in the casino! If you are interested in our new product, you can purchase it at our store – https://slotopaint.com/product/raccoon-in-vegas/: 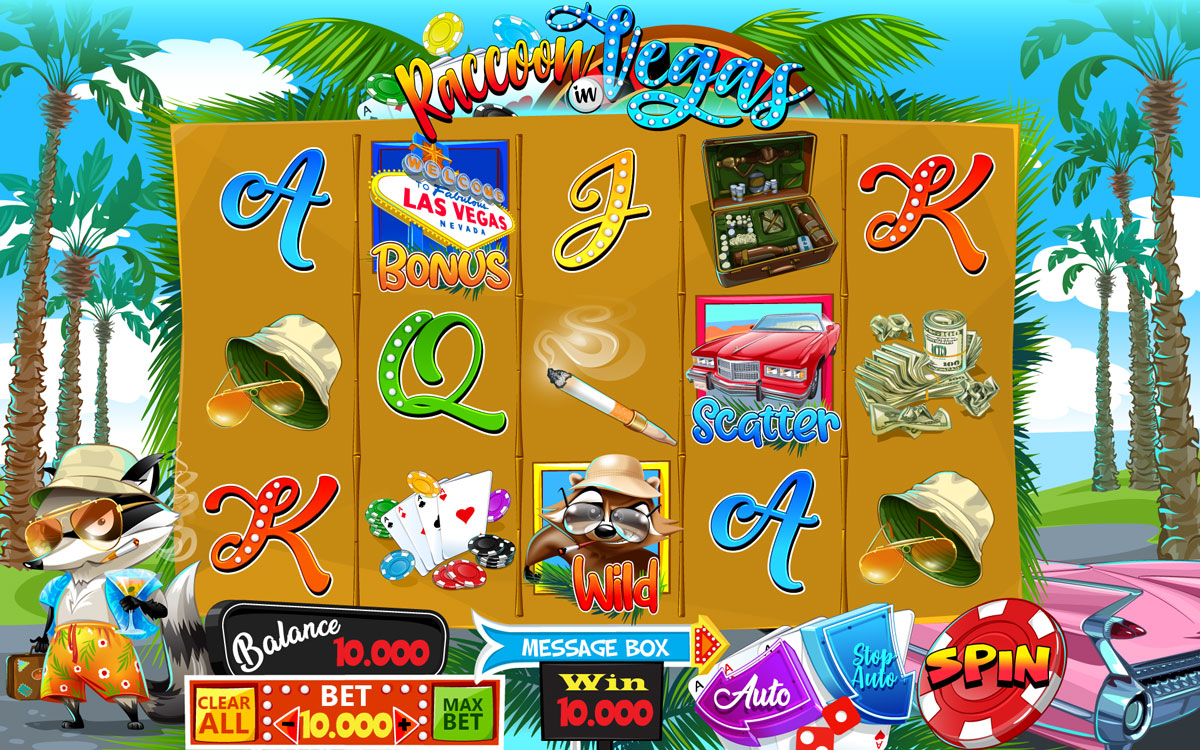 The main background is palm trees and the road along which players are ready to set off on an adventure. They are waiting for the legendary convertible – Chevrolet Impala. Fans of the film remember that the main characters traveled to Vegas from Los Angeles. Therefore, the ocean is visible on the horizon. But soon he will be left behind, and the sands of Nevada and the courage of the casino will replace him. 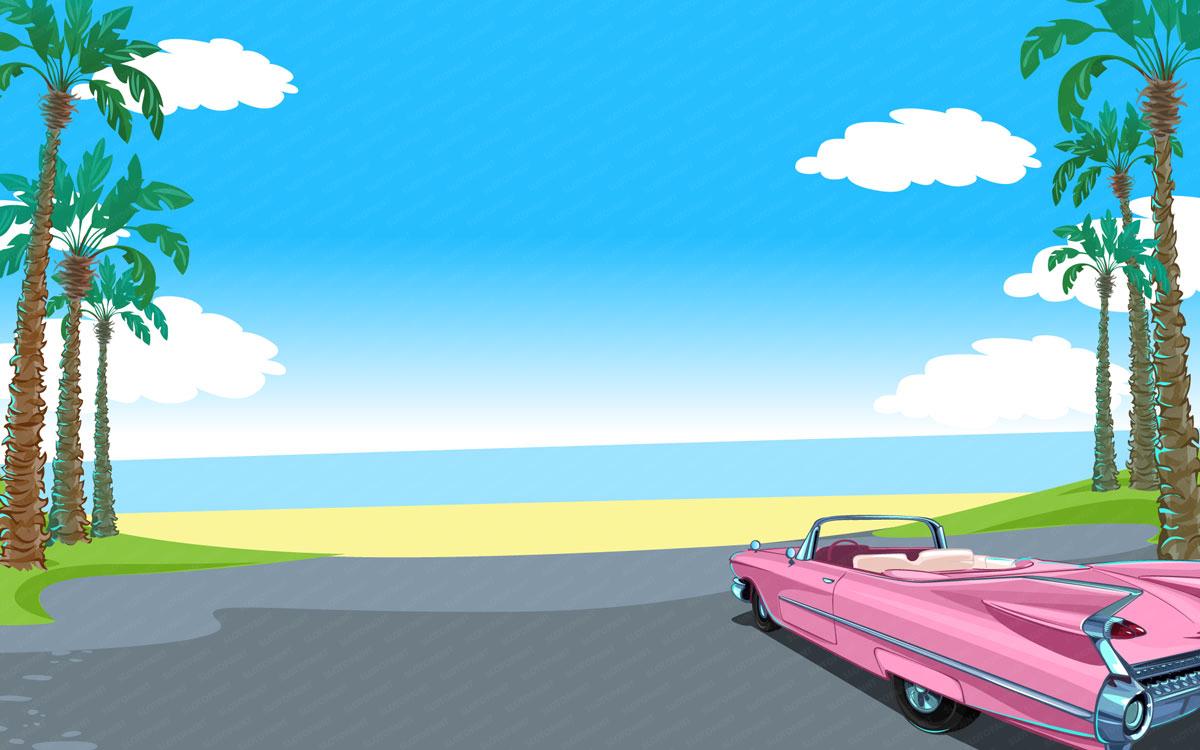 The bonus symbol shows the sign “Welcome to fabulous Las Vegas”. The inscription itself promises something unusual that goes beyond the usual life. A star shines above the sign, it attracts guests to spend an unforgettable weekend in one of the casinos.

Scatter symbol – the same convertible from the film, the Chevrolet Impala. It is no coincidence that a car receives so much attention in a film. The author of the novel, Hunter Thompson, introduced the history of his personal “Impala”. After Johnny Depp became the owner of this car, he drove the Big Red Shark across California. Thus, Depp got used to the role of journalist Raoul Duke. The scenes with the car became very bright and remembered by the audience. One ride in reverse on the highway is worth it!

Wild symbol – raccoon in panama, light glasses and with the constant mouthpiece in the mouth. This character looks very impressive: like any raccoon, he is ready for minor violations of the law. This fits well with the concept of the film, which we recall. In order to convey the nature of his character to the maximum, Johnny Depp lived for some time with the author of the novel and the prototype of the main character. Depp copied Thompson’s facial expressions and gestures. And the actor had to get rid of his characteristic gait after filming the film.

The next row of of symbols are casino attributes and the most striking details from the image of the protagonist. Do you want to see the contents of the suitcase that holds the raccoon at the beginning of the game? You are welcome! Just be prepared for what is hidden in it. Panama and yellow glasses are attributes without which it is impossible to imagine Raoul Duke. Even at the time of narcotic hallucinations, his image was transformed with these accessories. Interestingly, for the filming of the film, the personal belongings of the writer Hunter Thompson were used. So the image turned out to be as close as possible to the prototype of the character. Add a cigarette holder and a bright shirt to the panama and glasses. So any person turns into the main character from “Fear and Loathing in Las Vegas“. By the way, one bright blunder is associated with a cigarette. In the first half of the film, there is a moment when a part of a broken cigarette falls. But in the next scene, Raoul turns in a chair and has a whole cigarette in his mouth again! Cards, chips and cash dollars are the embodiment of excitement. There is a big episode in the film when Duke decided to try his luck with roulette. Players of the “Raccoon in Vegas” slot can do this in a virtual casino.

Low symbols – classic card symbols. Each symbol has its own color and is easily identified on the screen. 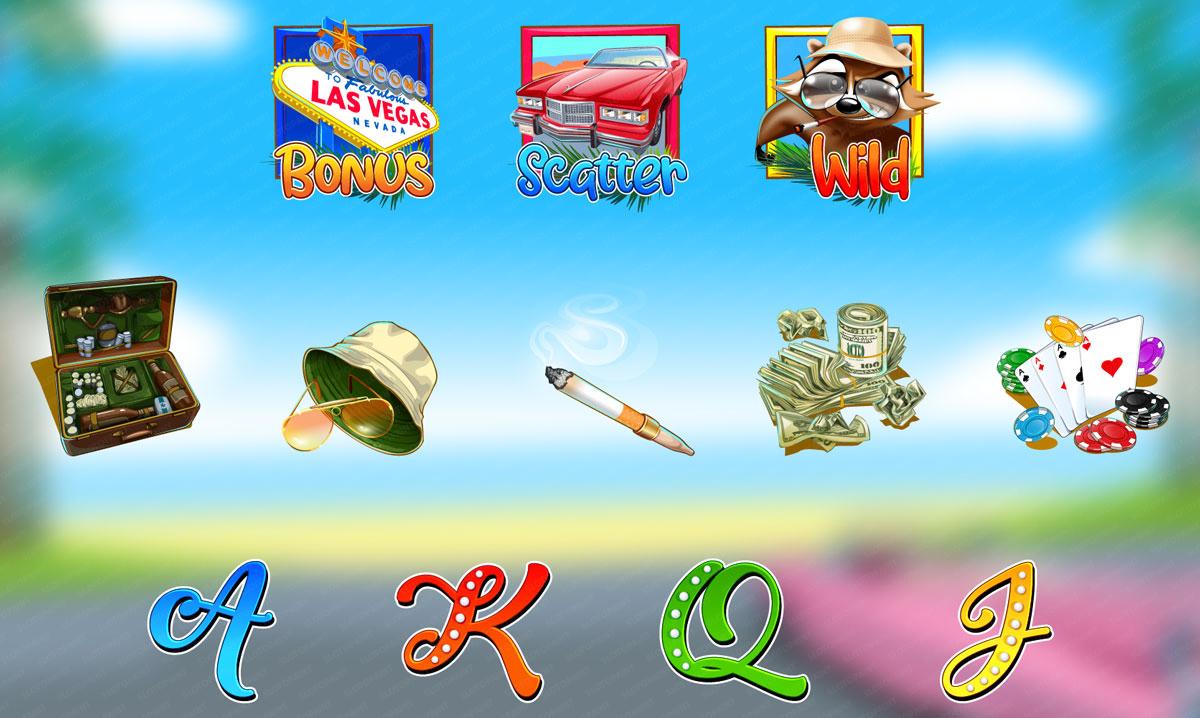 Paytable screens resemble a crumpled sheet of beige paper. It is in the spirit of the film! 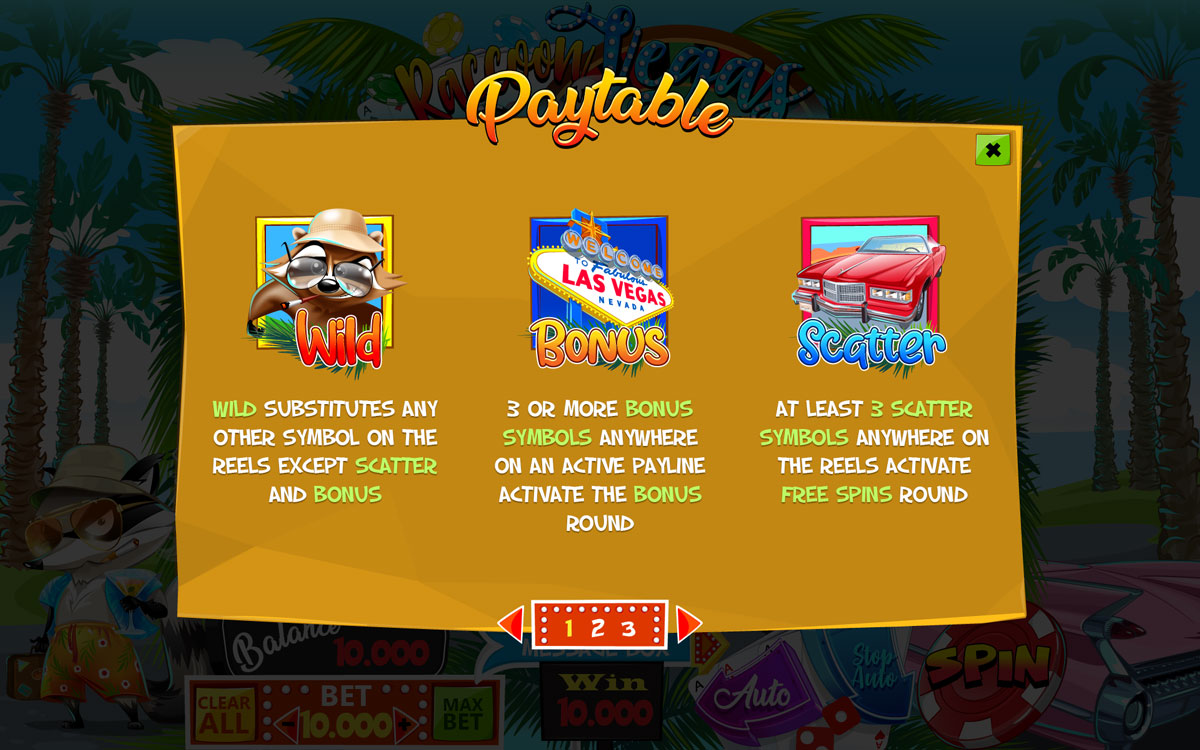 Behind the screen with the inscriptions you can see the muffled main background. 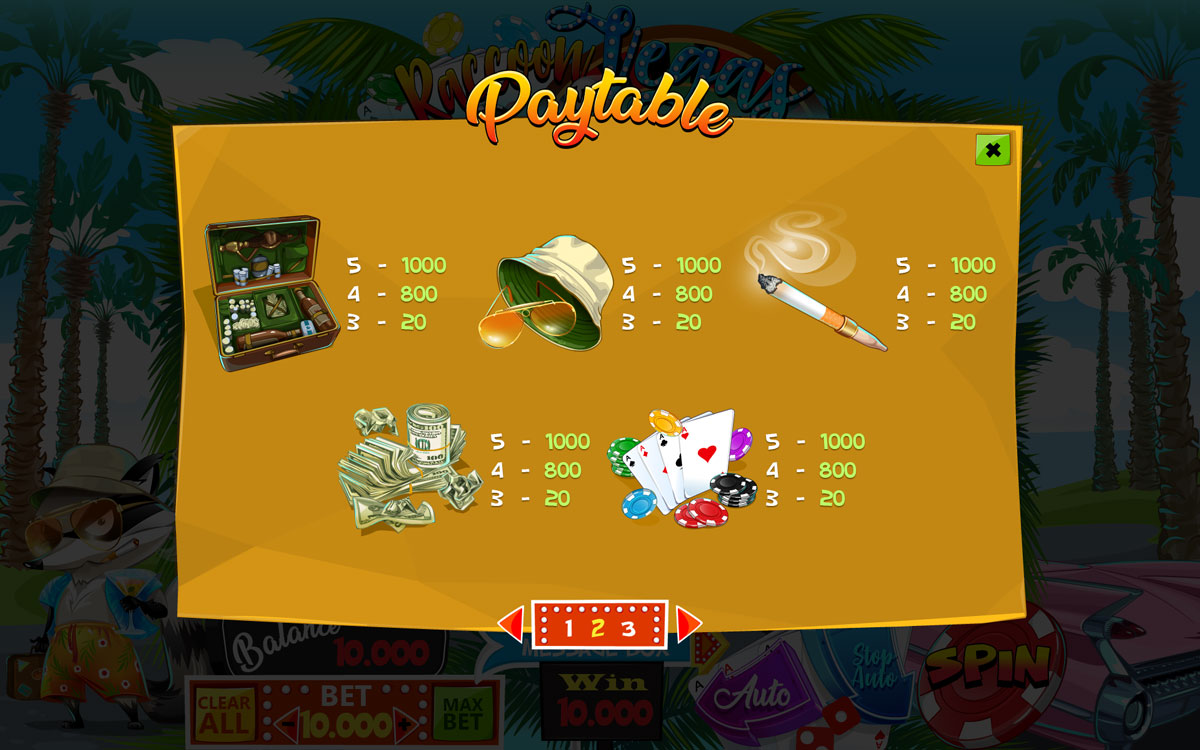 The inscriptions and buttons resemble unnatural images that arose in the fantasy of the heroes of the film. 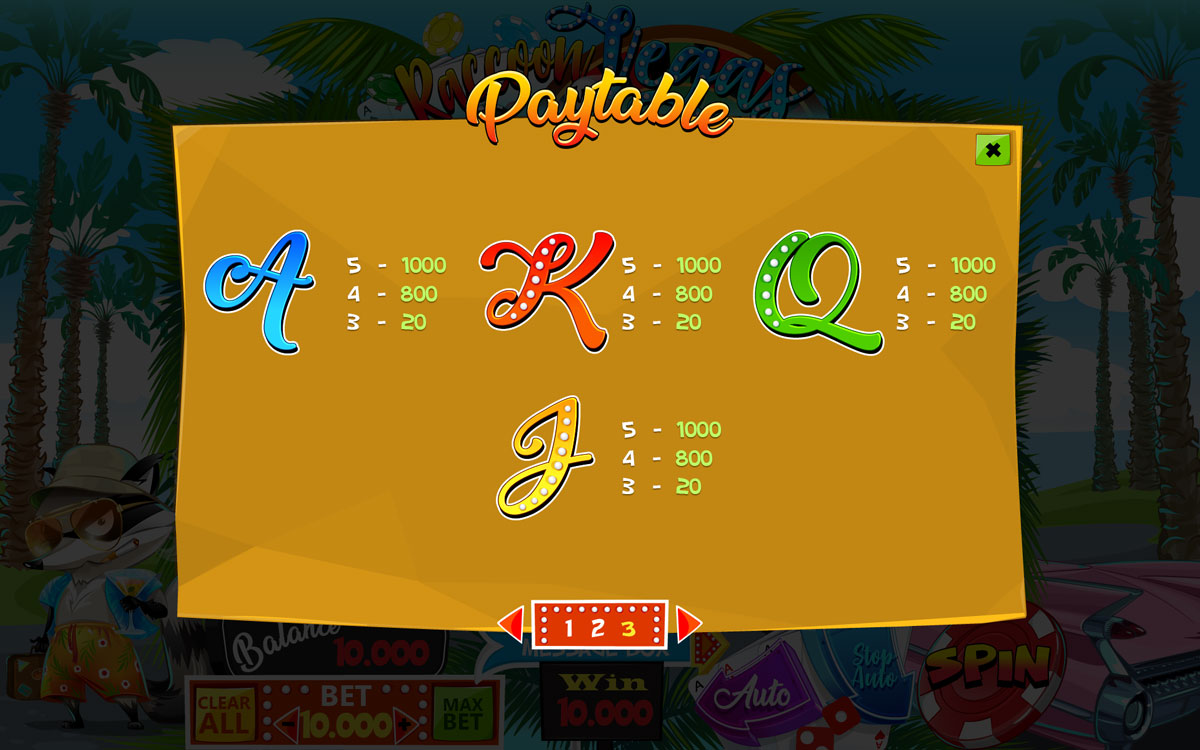 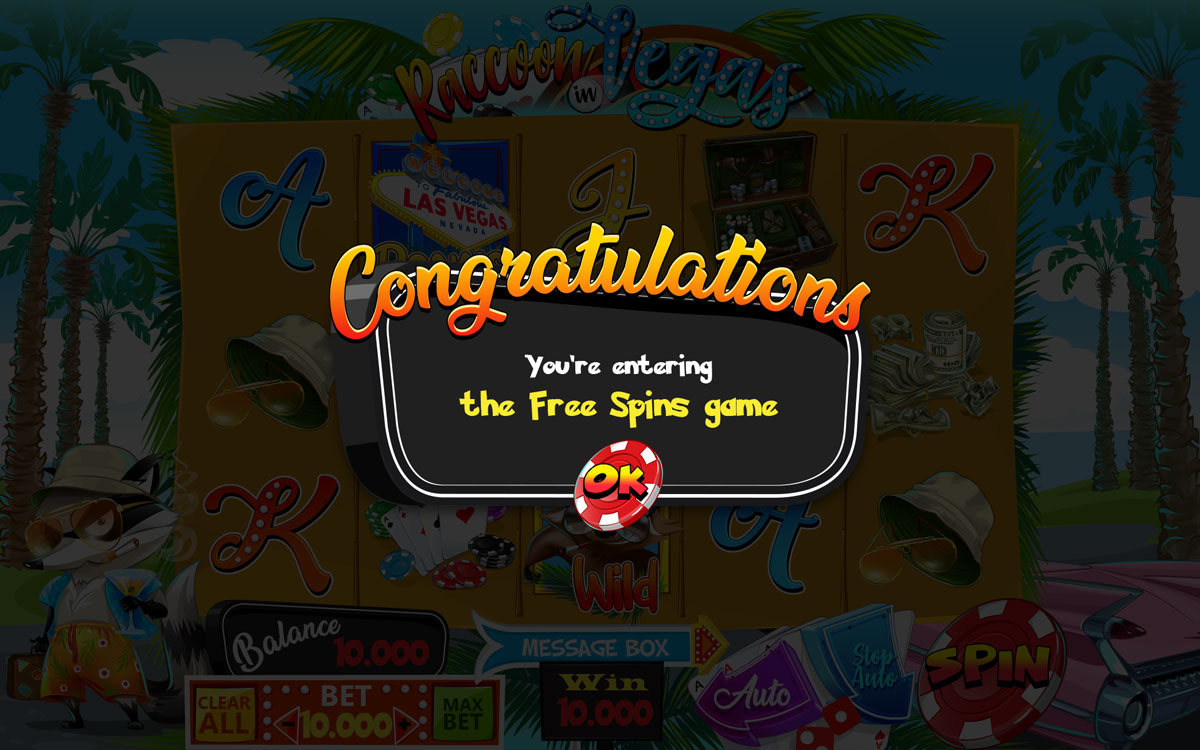 The “OK” button is made in the form of a red casino chip. 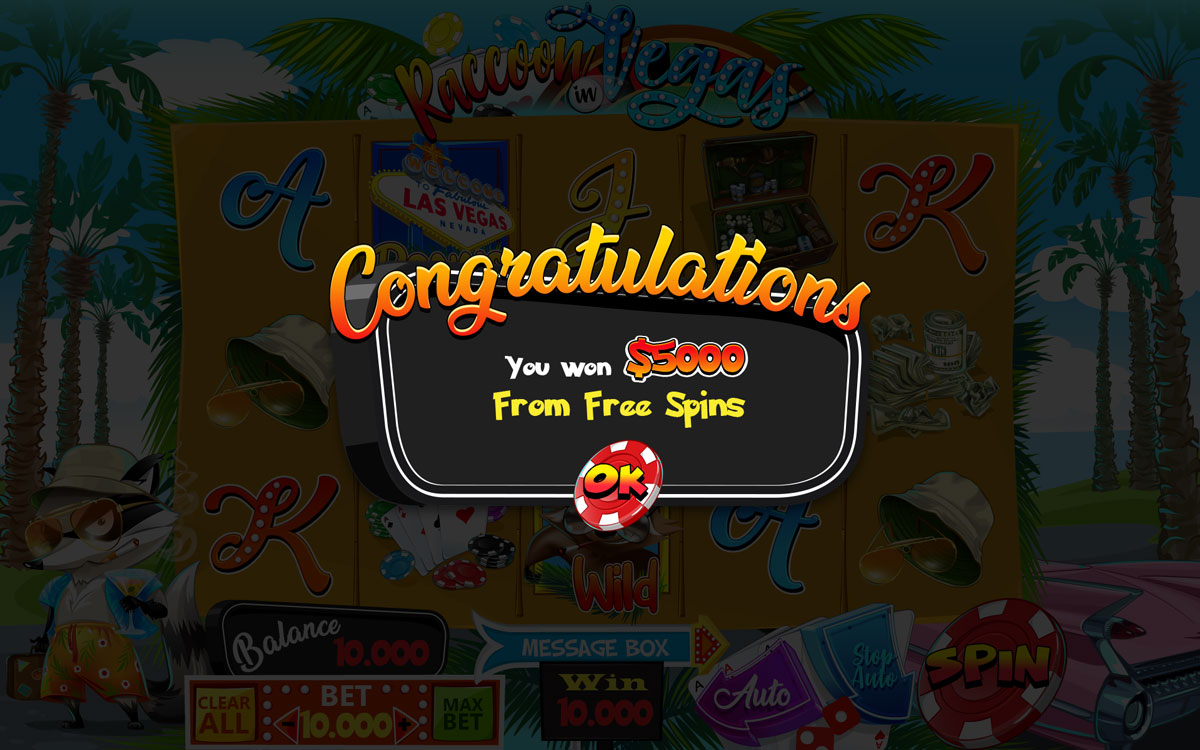 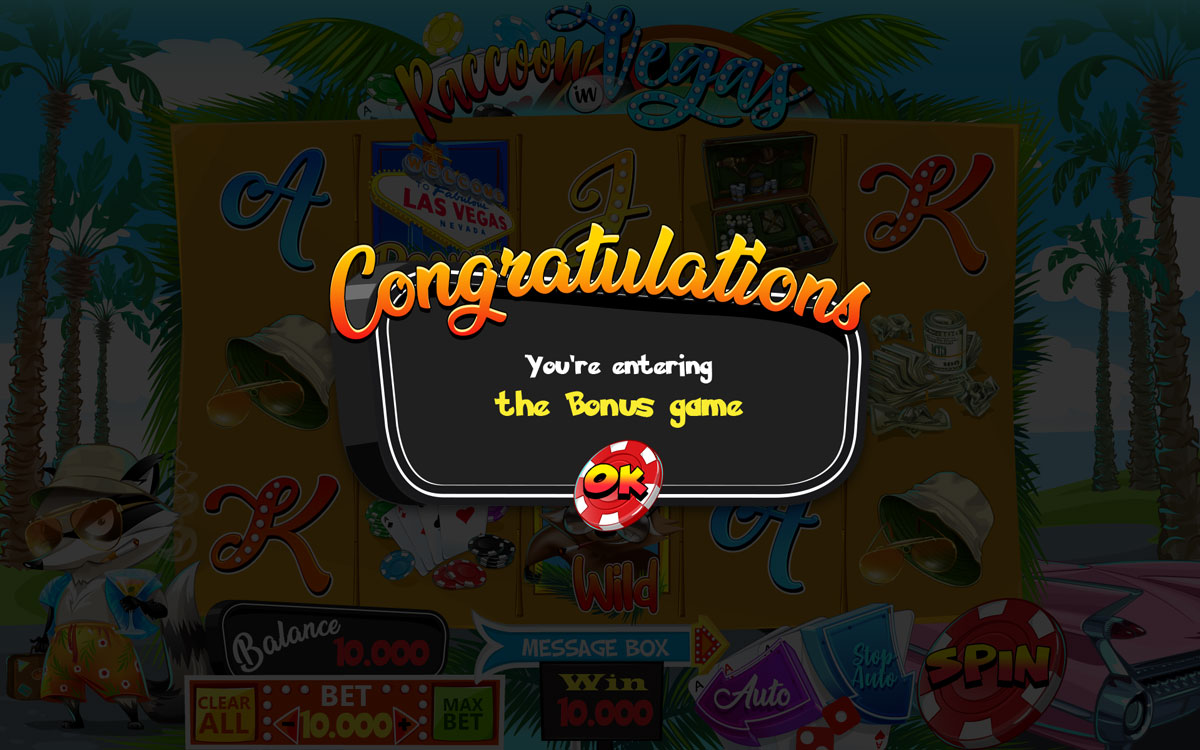 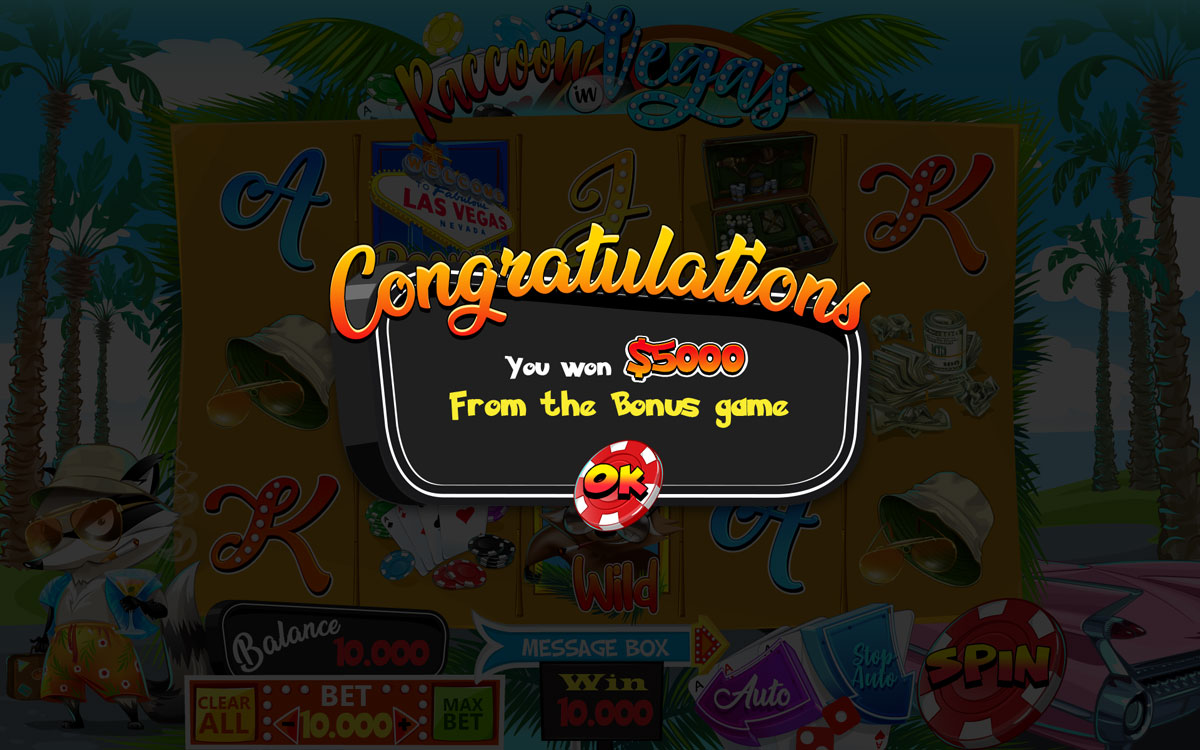 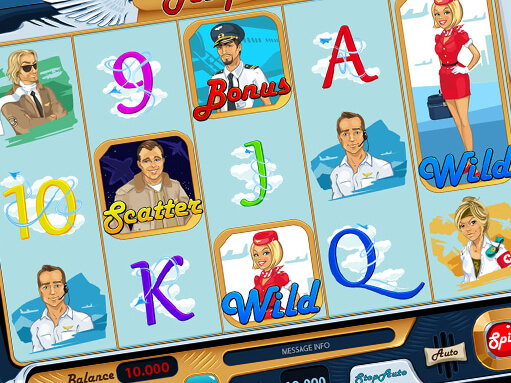 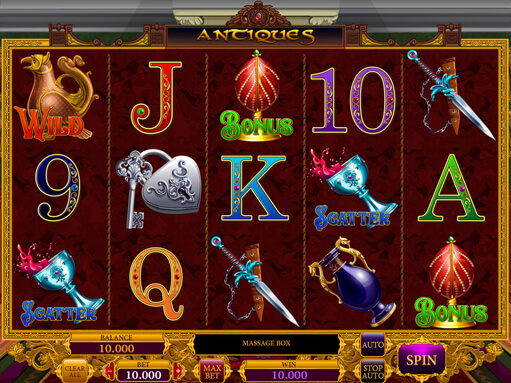 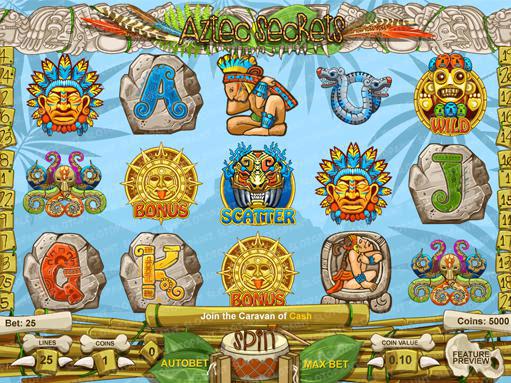