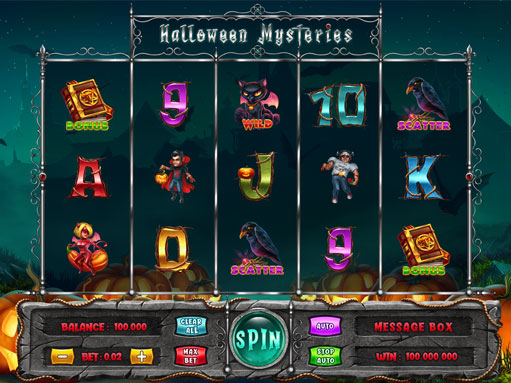 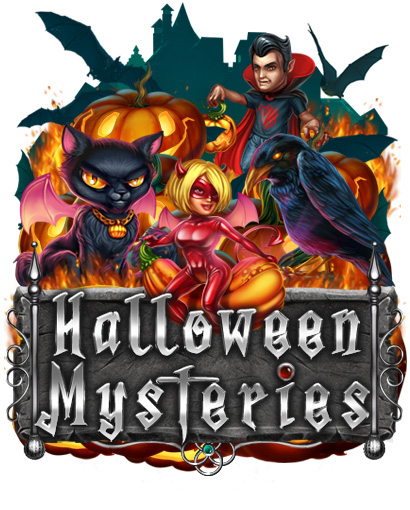 Halloween is a special holiday. It is shrouded in a huge number of legends and secrets. The history of Halloween dates back to pre-Christian times. In Celtic tradition, the night of November 1 is called Samhain. It is one of the four major holidays in the Celts. Samhain means the transition to the dark season. At this time, the sun god “dies” and the mother goddess Earth grieves. It is believed that “timelessness” reigns for several days. The Celts believed that in these days darkness and light unite and the connection between the world of people and the Other world opens. That is why skulls were hung on the walls of houses and on fences. Their goal is to scare away evil spirits. Samhain has become the mainstay of the popular Halloween holiday. And in the slot “Halloween Mysteries” we have embodied the brightest and most interesting traditions of the Eve of All Saints Day. If you are interested in this product, you can purchase it at our store –https://slotopaint.com/product/halloween-mysteries/.

The game reels are designed like an elegant metal fence with forged elements. It would seem that shiny steel and elegant curls with inlaid stones cannot look intimidating. But in combination with a dark background and stone slabs, metal details evoke unambiguous associations with a cemetery. The “Spin” button is designed like a large green stone. 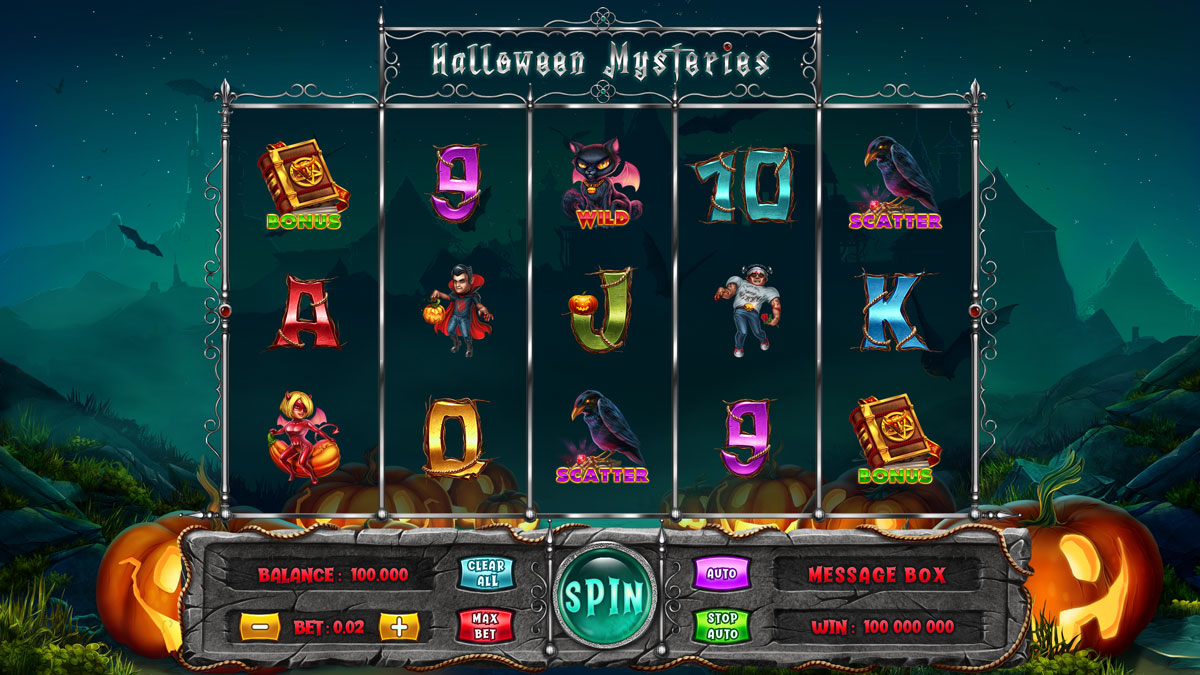 The background of the game is both gloomy and solemn. It is night, the stars are visible in the sky, but a misty haze is spreading over the road. A multitude of carved pumpkins illuminate the stone road as if inviting players to take a daring ride. The silhouettes of houses are guessed in the dark. The castle rises in the distance. The huge number of bats leaves no doubt: this is Count Dracula’s castle. Perhaps even now the most famous vampire is watching the process of the game, turning into a bat. 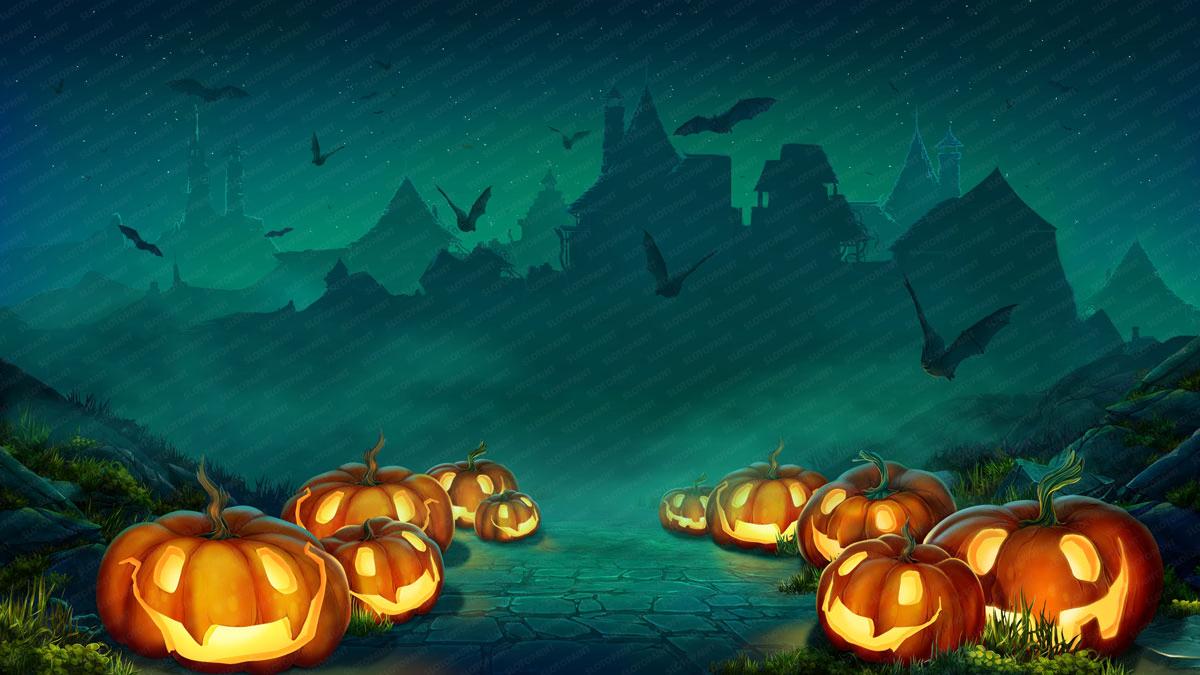 Bonus symbol is an image of a book with spells. An old tome with an inverted pentagram on the cover makes it clear that this book is associated with the occult sciences.
Scatter symbol – big black raven. It could be mistaken for an ordinary bird, if not for a few details. See how his eyes shine brightly. As if an unknown force lurked inside this mysterious creature. And the ring with a ruby on a raven’s paw? It was not without magic!
Wild symbol – the eternal harbinger of bad news, black cat. And this is not an ordinary cat! A chain with a pendant can be seen on her neck. This is a pumpkin, a symbol of Halloween. And behind it we can see wings, like those of a bat or a vampire, and a bright yellow light pours from the cat’s eyes. It is safe to say that this is a messenger of the dark forces.

Regular symbols are traditional Halloween characters. The leader of the vampires, Count Dracula lights his way with Jack’s lantern. The zombie rose from the grave. Perhaps he returned to meet his beloved from the human world. He walks uncertainly and does not let go of the rose. And here is the charming demon seductress. A blonde with red horns, wings and a tail will lure anyone to the side of evil.

Low symbols – the classic designation of cards using letters and numbers. The font imitates boulders. Rope and pumpkin are used as decoration. 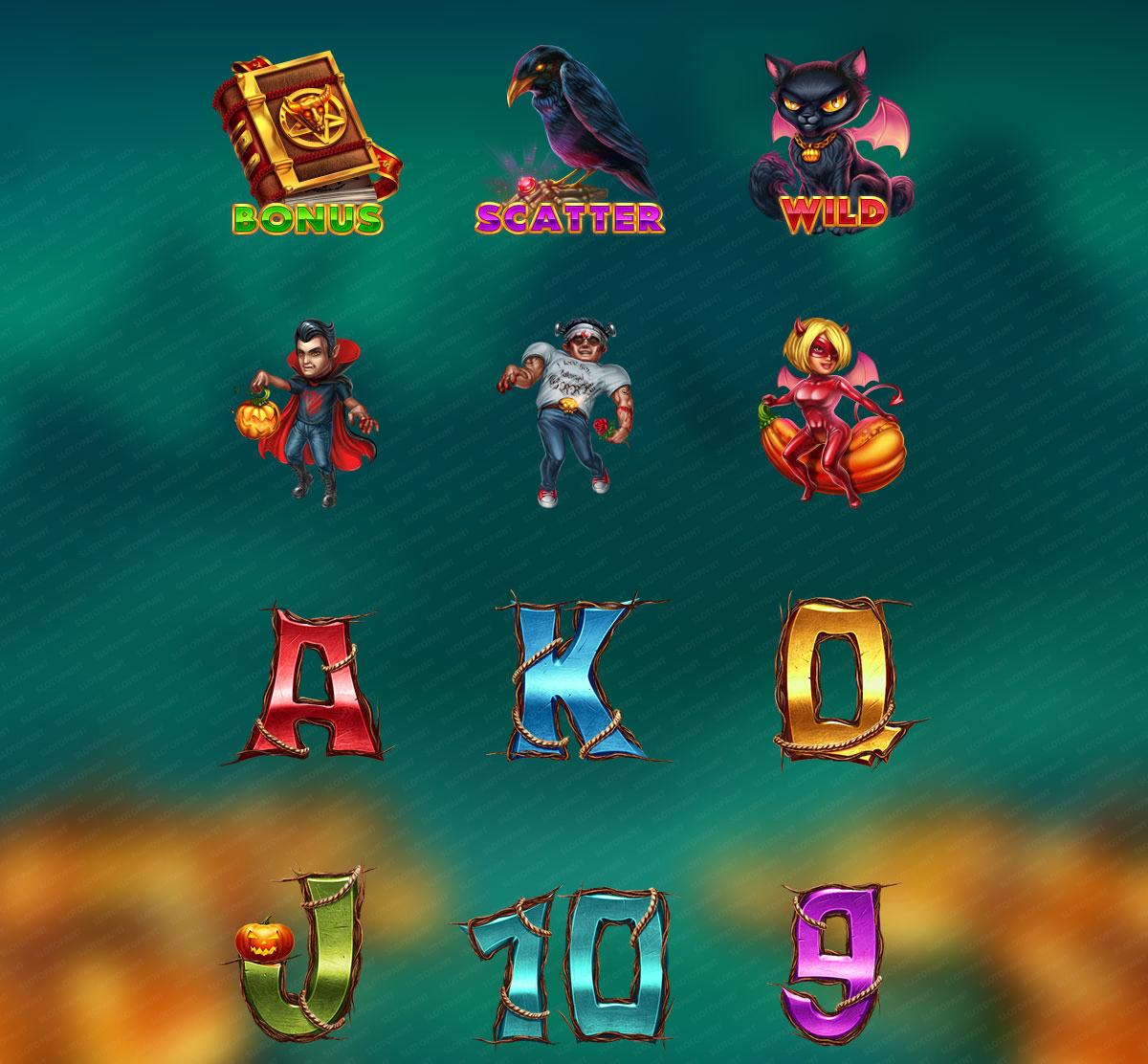 In the additional bonus game, the symbols are carved pumpkins – Jack’s lamps. 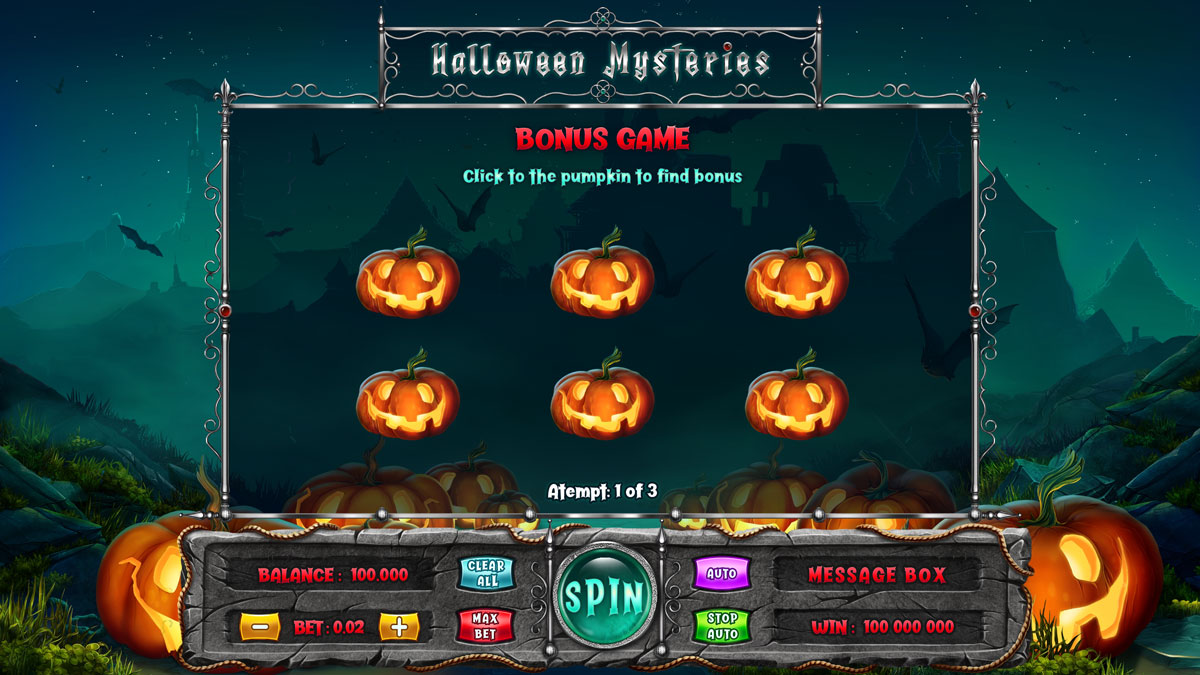 During the BONUS game, the carved pumpkins are broken. Players can immediately see if they are lucky or not. 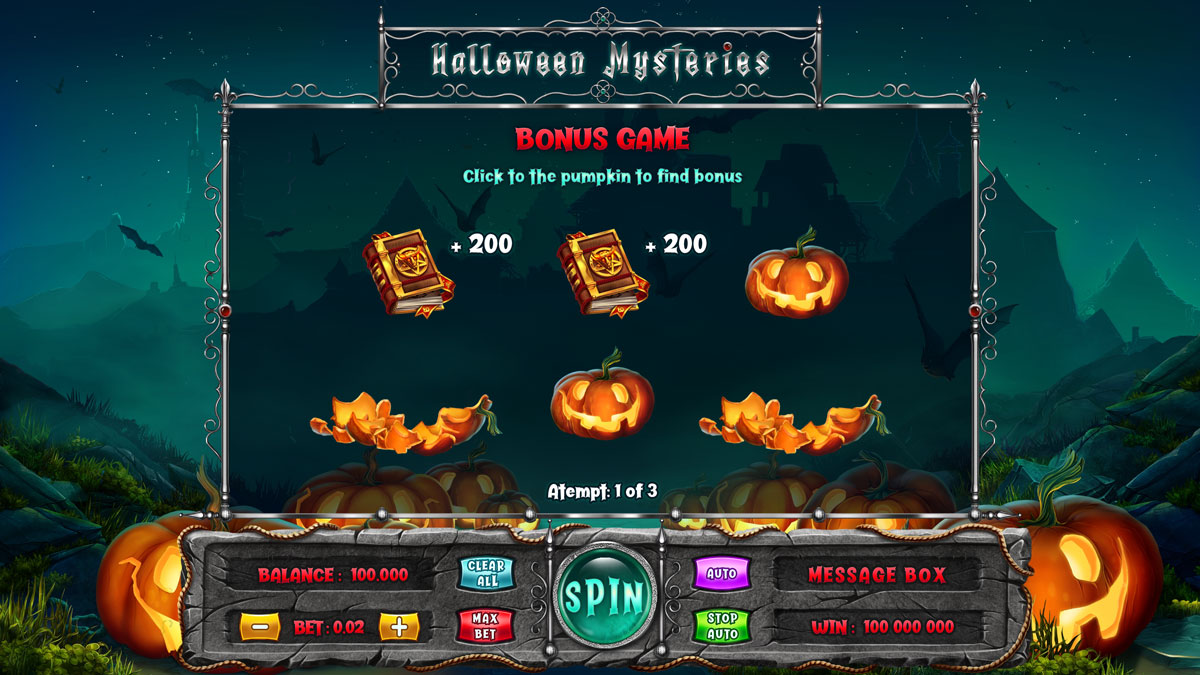 The screen with the recorded video clearly shows the process of the bonus game.

Paytable is decorated on a solid black background. The frame around the paytable simulates a metal fence. The screen title uses a combination of gray and red. The letters resemble stones stained with blood. 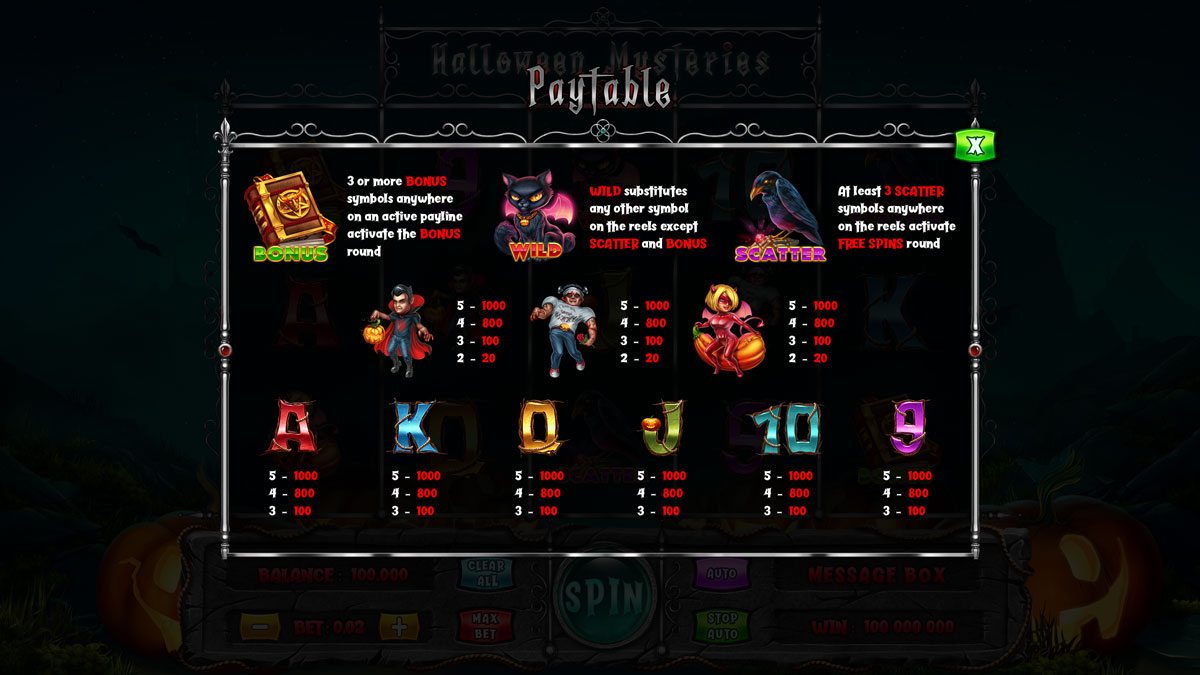 Congratulatory screens are designed in the form of stone slabs, entwined with ropes. 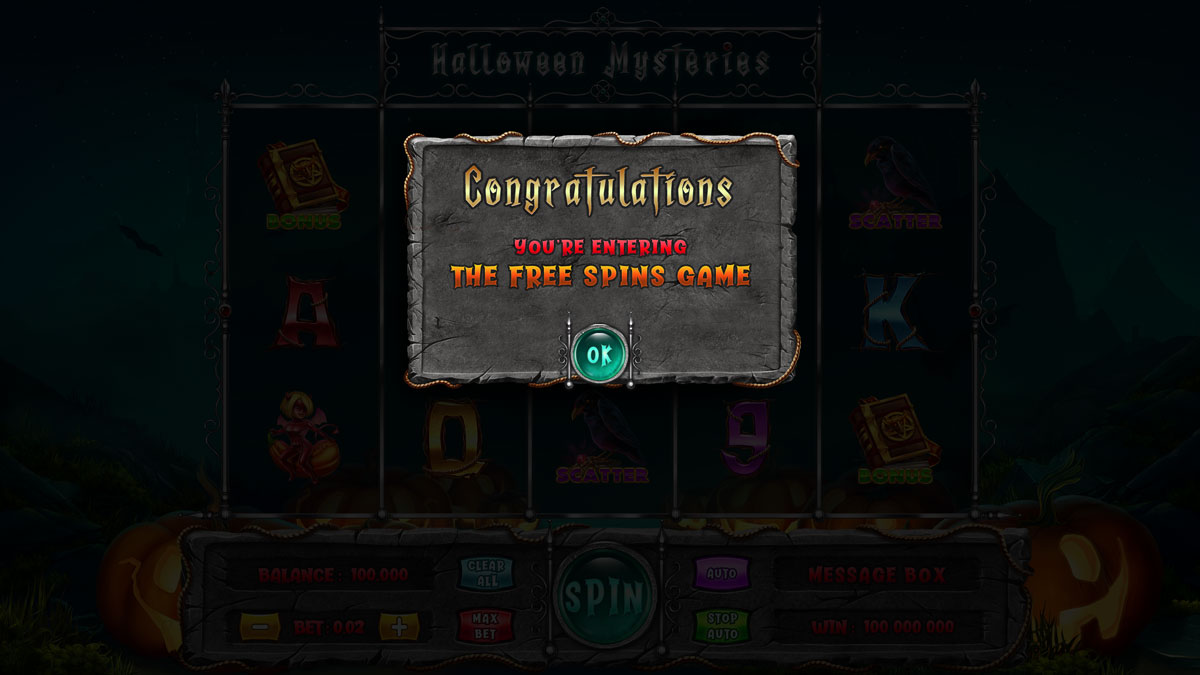 The text uses shades of red and orange. The labels have a contrasting look and support the layout of the slot. 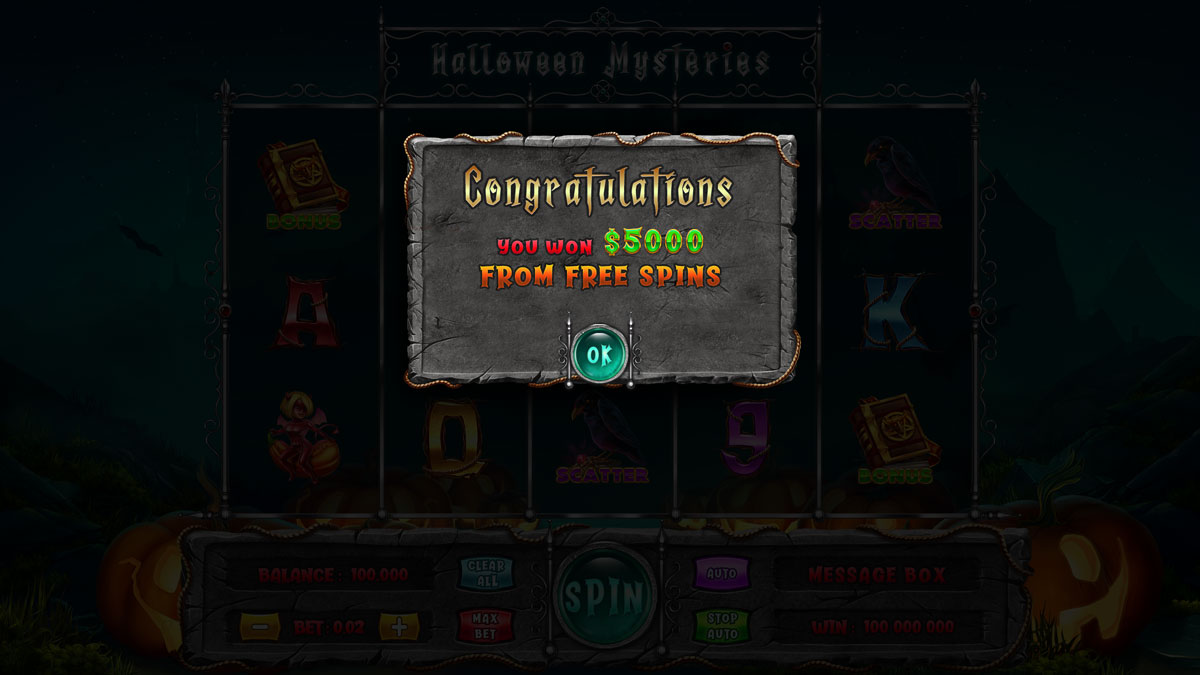 The OK button is designed as a large green gem. 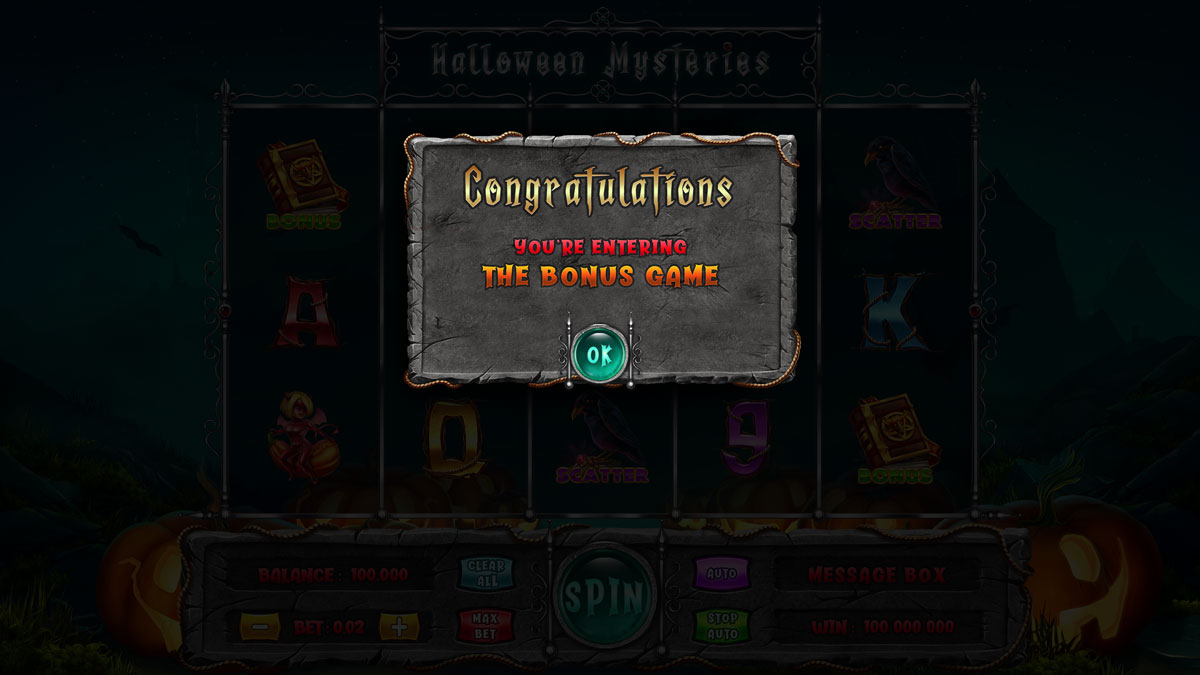 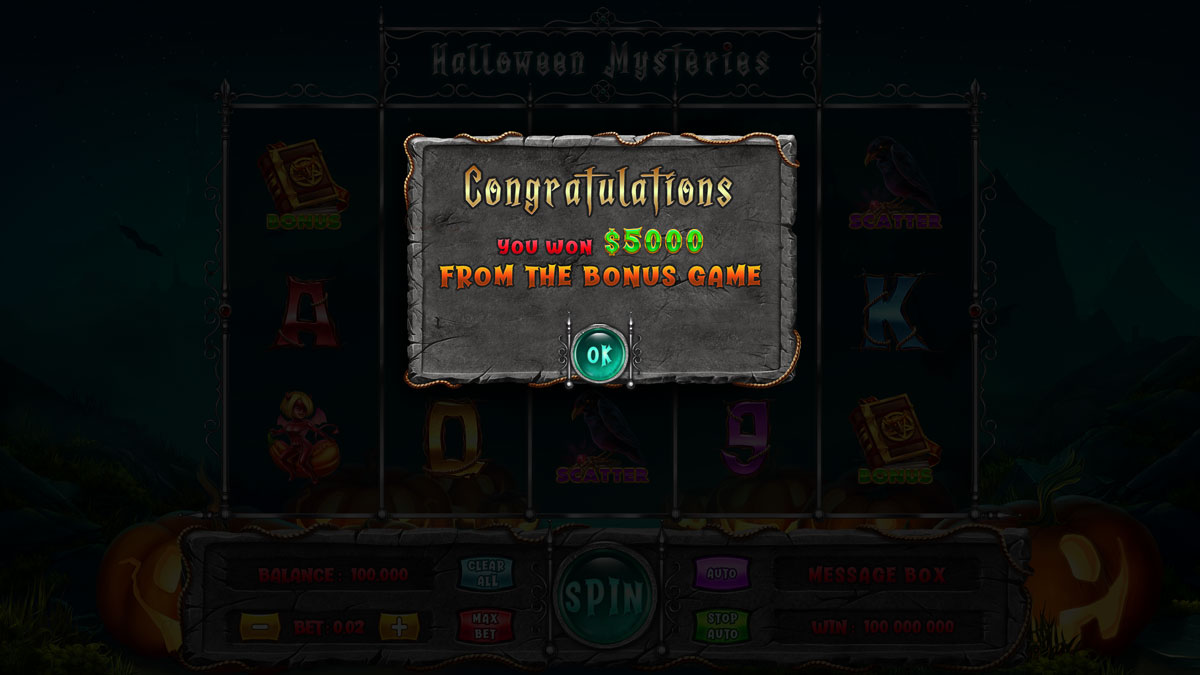 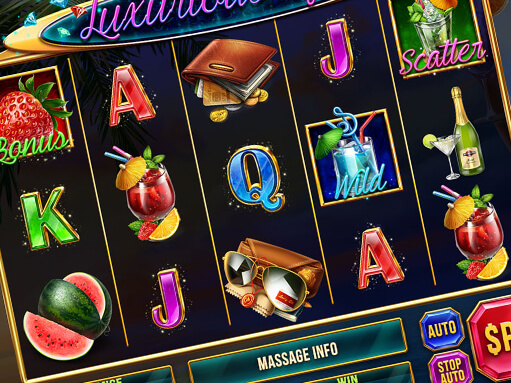 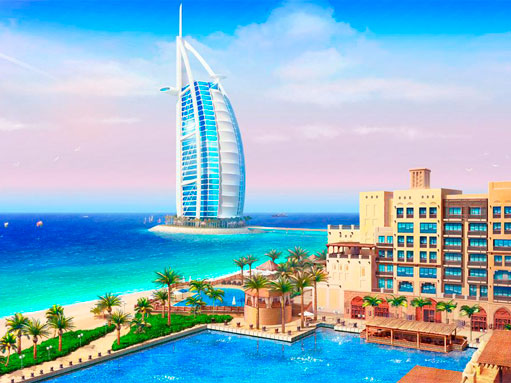 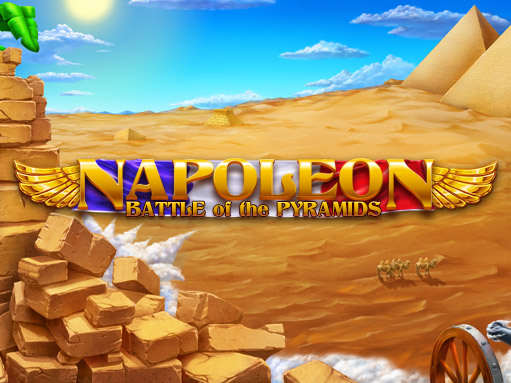