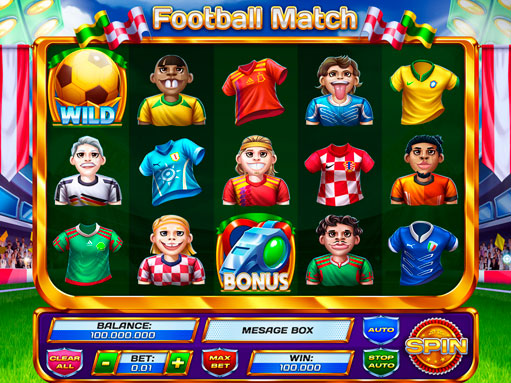 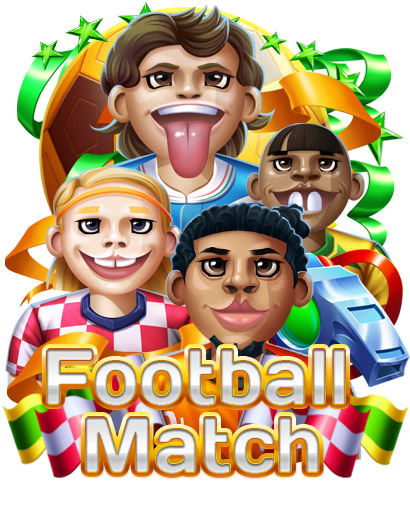 Football is a game in which the team spirit and sports skills of each player are manifested. This game is not for cowards; it teaches discipline and endurance. There is probably no person who has not watched or played football at all. Surely, in your free time, you attend football matches or spend it playing table football, which is also a good hobby. The football team is one whole, each player has his own function in the game. Would you try yourself in attack or as a goalkeeper? In any case, whatever role you play, you will contribute to the game. The object of the game is to score more goals than the opposing team at a given time. Whoever scored more is the winner. You can score the ball with any part of the body, except for the hands, otherwise the goal will not be counted. If you are interested in this product, you can purchase it at our store – https://slotopaint.com/product/football-match/.

Game reels are in the form of a football field: a striped lawn, where one strip is darker than the other. Football field is decorated with a gold frame. On both sides the logo is decorated with flags of different teams. On the playing field, players in different shirts, and different colored shirts, from different teams. Below we see: balance, bet, can be increased or decreased using the plus and minus, message box, winnings, auto-mode, auto stop, and the spin button. 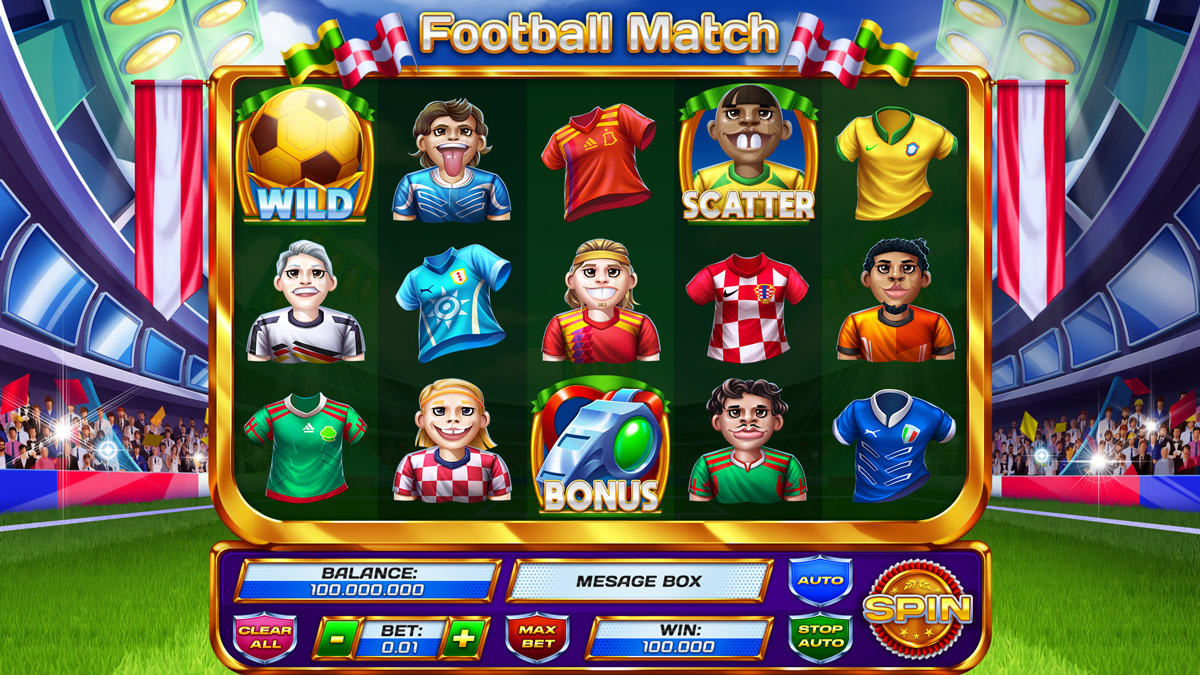 Game background is in the form of a football stadium; a football field is in the center, and a lot of football fans. From above, many spotlights illuminate the field. 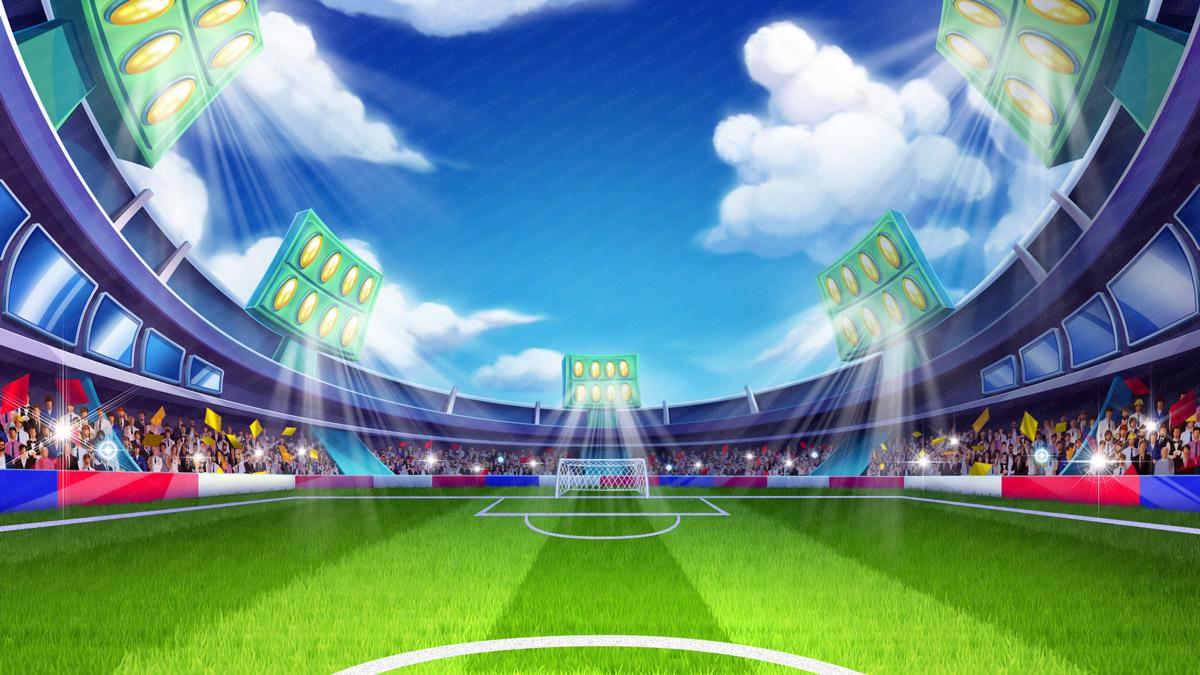 On the second  background illustration we can see a football player in a blue and white uniform, that is hitting a soccer ball. 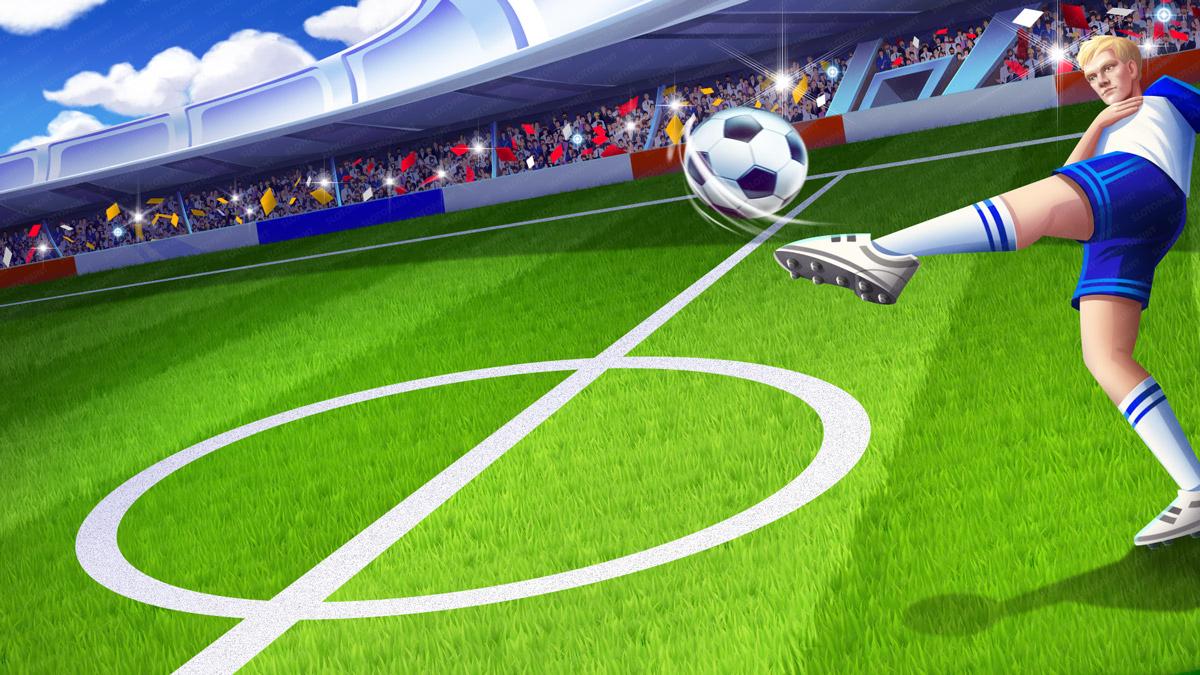 The wild symbol is a golden ball, given to the best players for their successes in football. The bonus symbol is a whistle; the owner of the whistle can limit the rules. Therefore, be careful and stick to the rules of the game.

Middle symbols are players of different teams, each player has his own form. We can see the shirts of each player, it is individual, in the colors of their team. 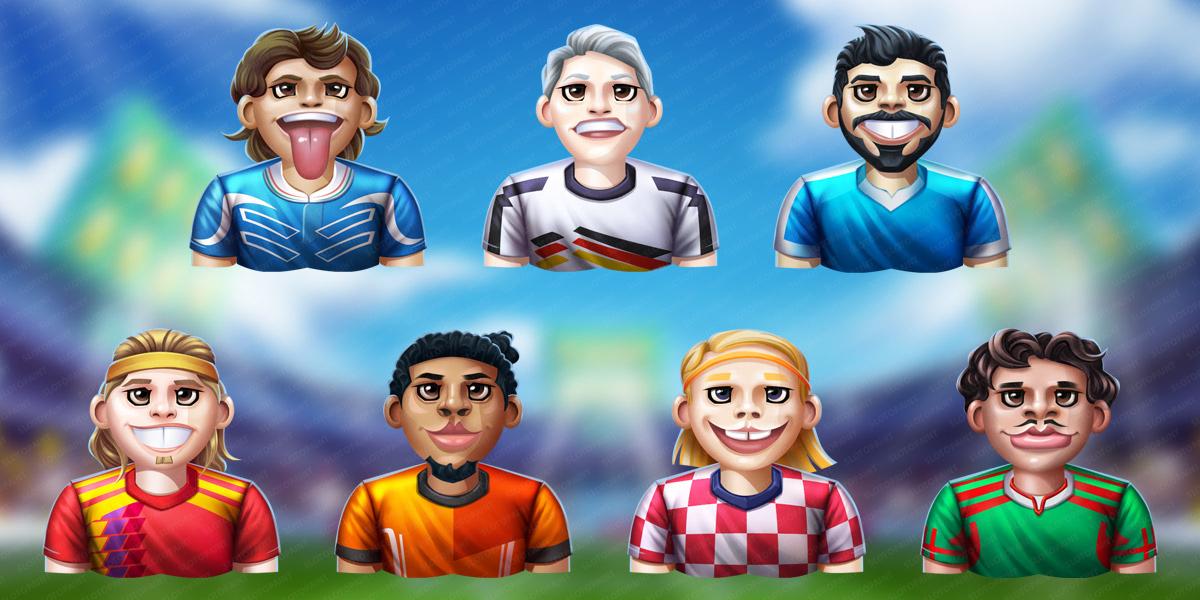 On the second picture of the middle symbols, we see the T-shirts more closely, here there are yellow and blue, white, blue, orange, red and green colors. Each color is responsible for its own team. 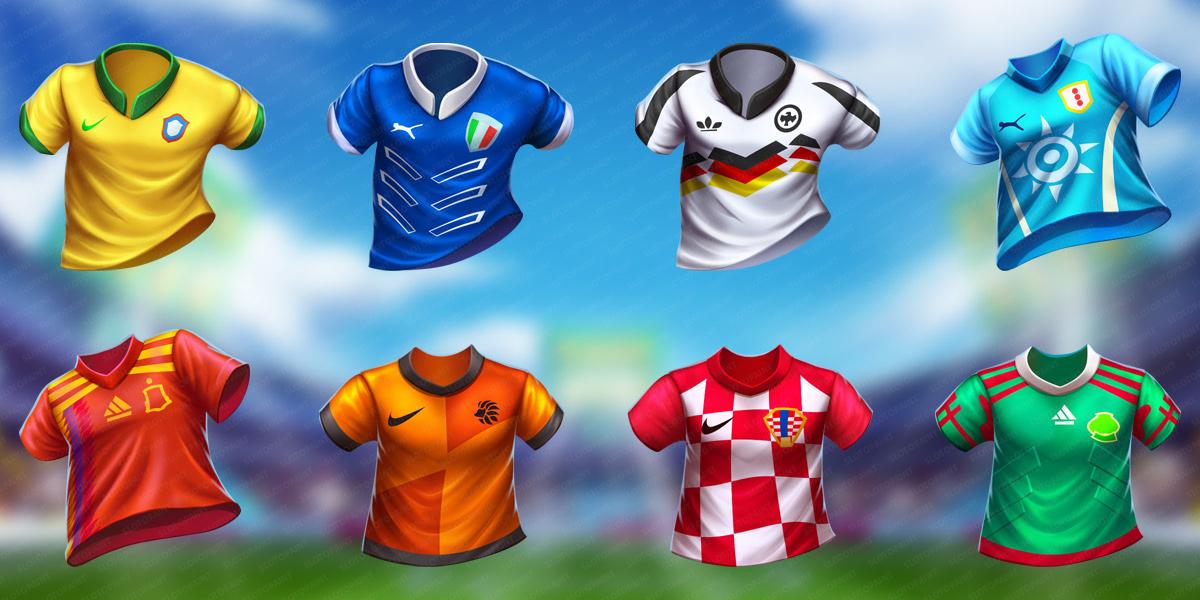 Bonus game of the slot is implemented as Wheel of Fortune pops up appears, offering to press the Spin button, and you can get points, that is, a win. In addition to the winning amounts, we see the Mystery sector on the wheel. Behind the mystery, there are football secrets that are known to the most skillful players. 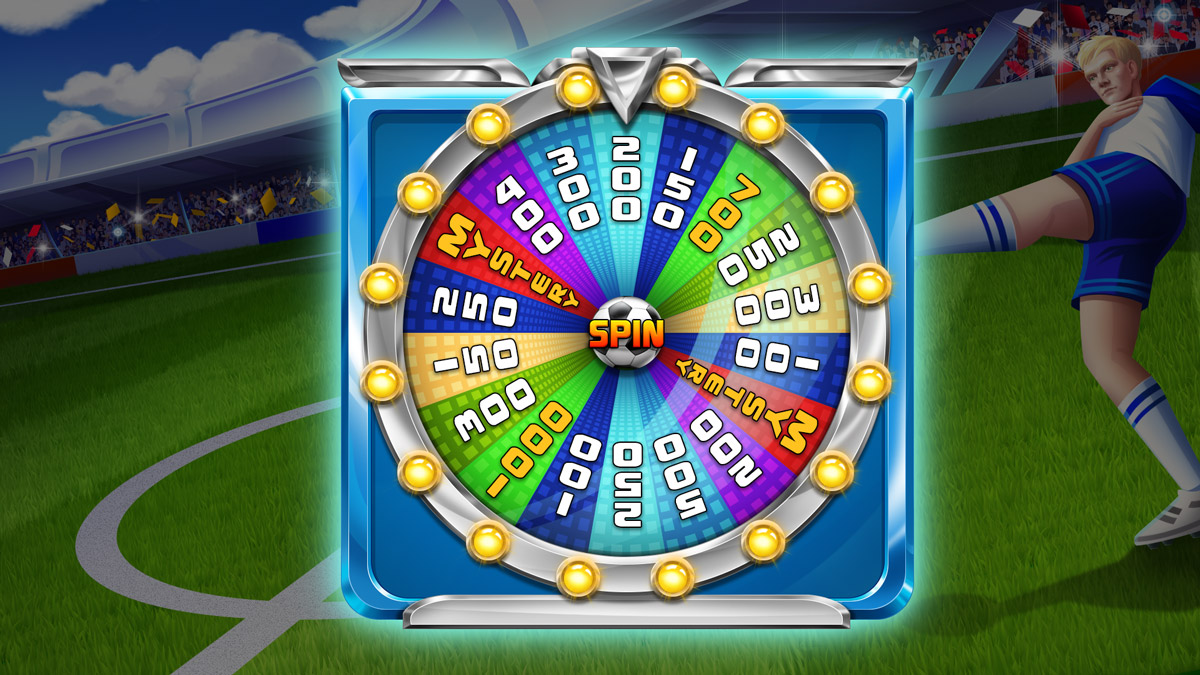 The following pop-ups are made in the form of a game board, which usually tracks what time and score. But we see the inscription Big Win, and the amount of the winnings, in the picture it is 4,567,001. What kind of winnings will you get? Press the Spin button and find out! 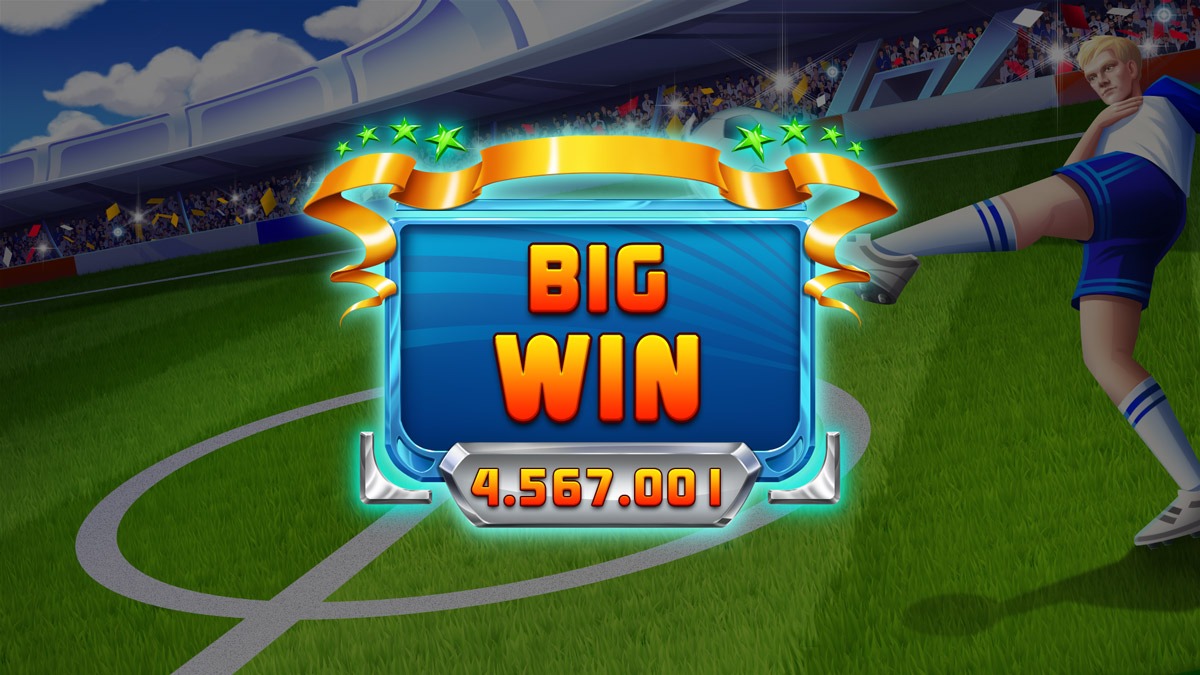 On the next pop-up we see the total winnings in the amount of 4,567. 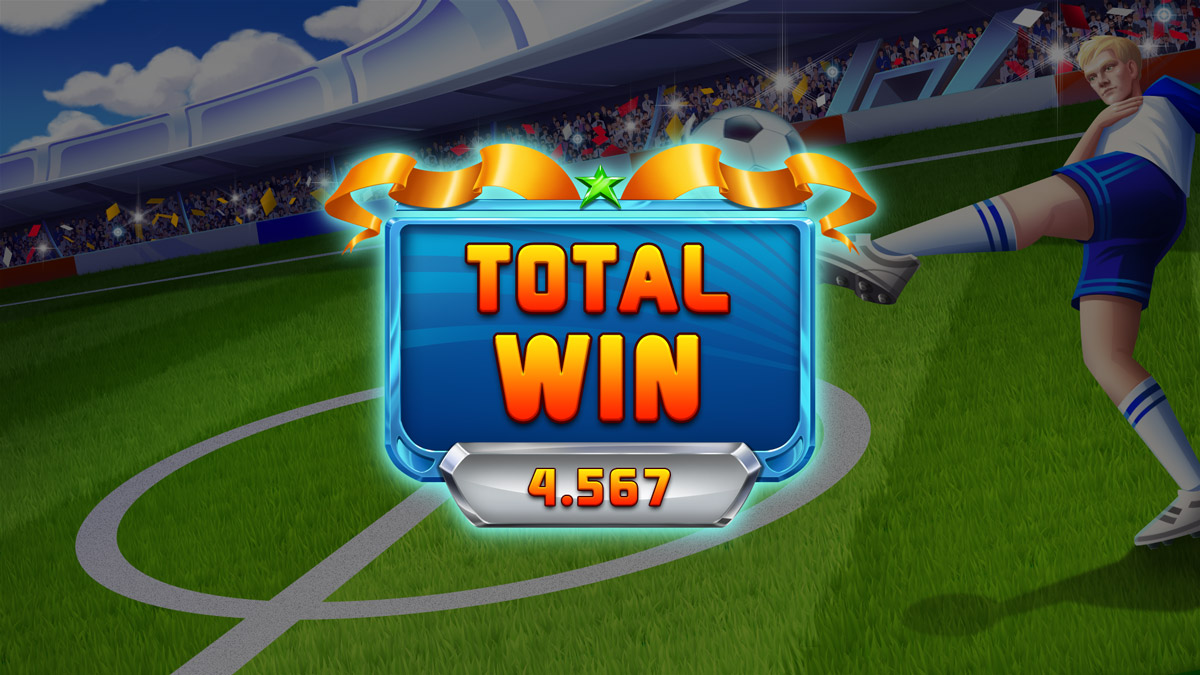 And in the third picture, a mysterious secret button is highlighted, click on consent, and you will find out something new. 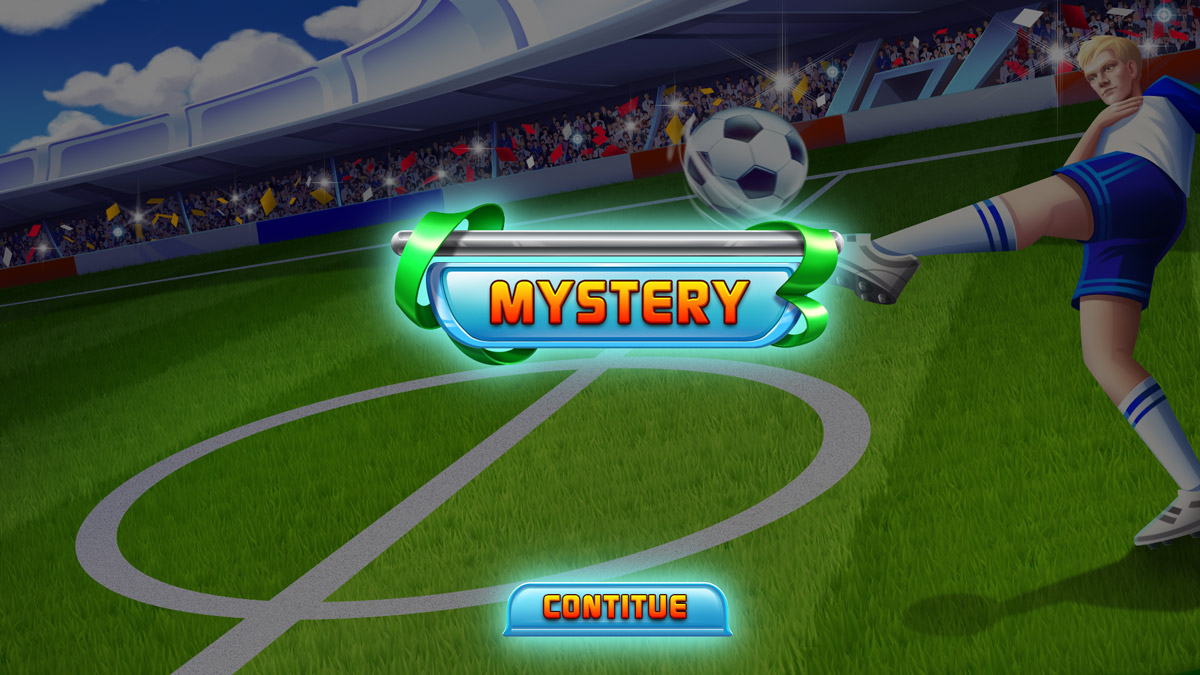 Are you familiar with the rules of the game? Then hurry into battle, forward for victories! 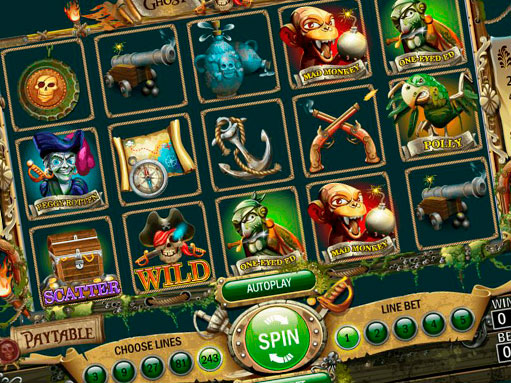 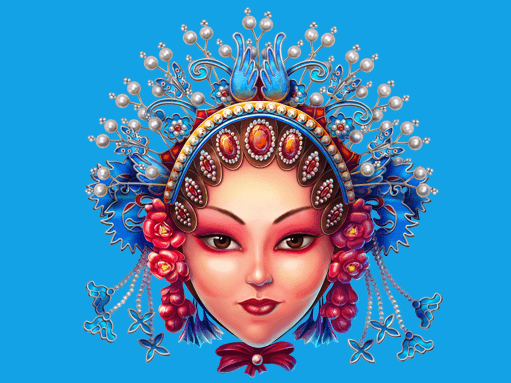 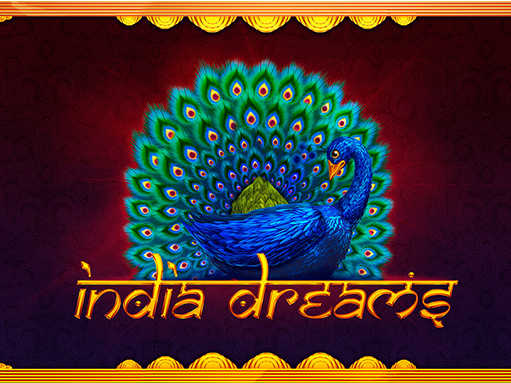