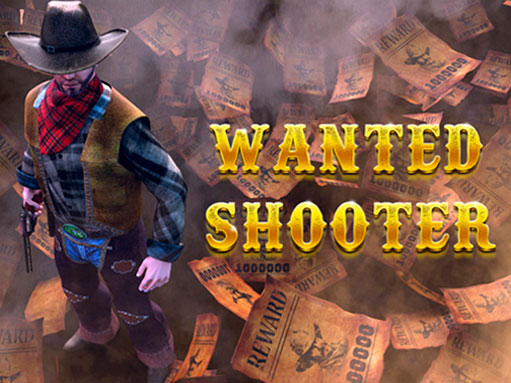 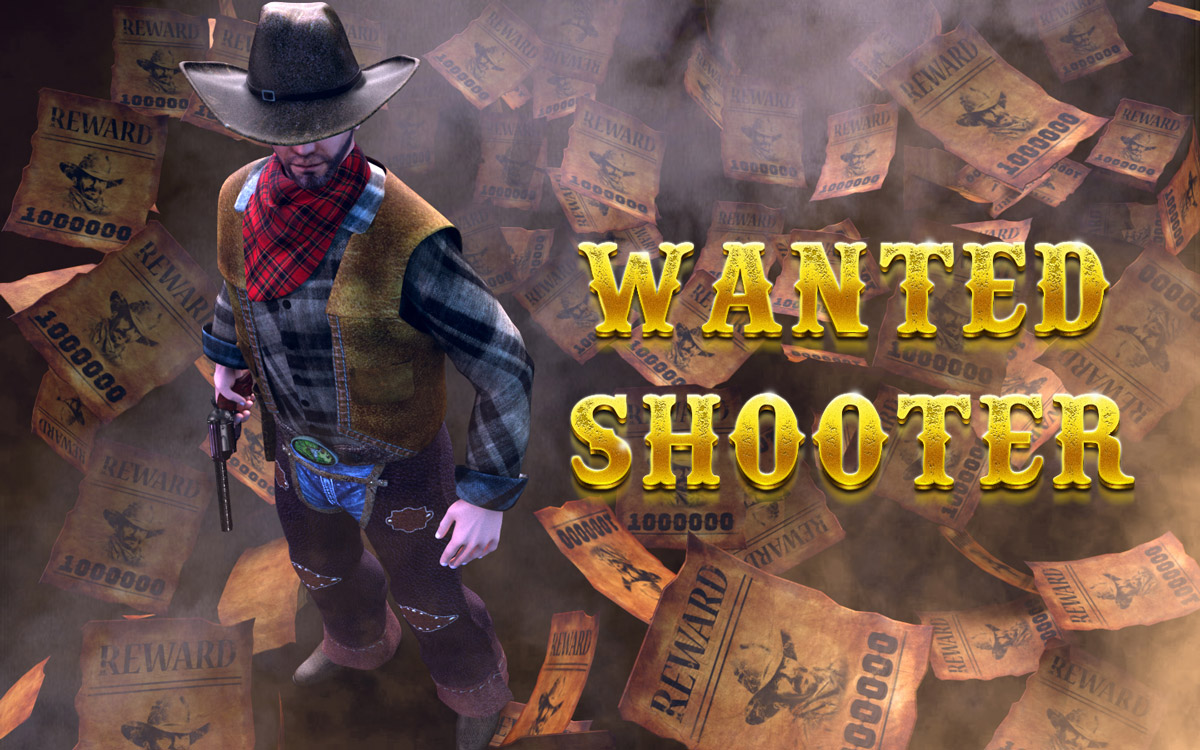 Cinematography has formed a vivid image of cowboys in the minds of the viewer. They are agile, strong and passionate macho who are confident in the saddle and deftly handle a revolver. This is partly true. The cowboys who were driving huge herds of cows along the West Coast really had to spend a lot of time on horseback. And shooting was also a common thing: they had to fight off armed robbers. And wild animals were also real threats. It’s hard to say for sure whether the life of cowboys was as bright as we see with the “Wanted Shooter” slot. But here, during the game, the adventure will definitely be unforgettable. If you are interested in this product, you can purchase it at our store – https://slotopaint.com/product/wanted-shooter/.

The shooter we see on the first screen is dressed in classic cowboy clothes. Each piece in this suit is functional. When the herd is carried forward, the air around the cows heats up. A scarf protects the face from heat and wind. A wide-brimmed hat protects from heavy rains and the scorching sun. Leather chaps are abrasion-resistant, practical for riding and protect your feet from thorns.

The game reels are designed with numerous details that are reminiscent of life in the Wild West. Let’s start with the fact that even the name of the slot is written on a wooden shield and supplemented with revolvers on both sides. The sheriff’s hexagonal stars can be seen on the wooden frame that adorns the frame. But that’s not all! In one corner of the reel, the gallows is eloquently waiting in the wings – in case the sheriff does catch the shooter. In another corner is a lasso, one of the shooter’s loyal assistants. And, of course, the gaze stops at the horseshoe. It will surely bring luck to the players! 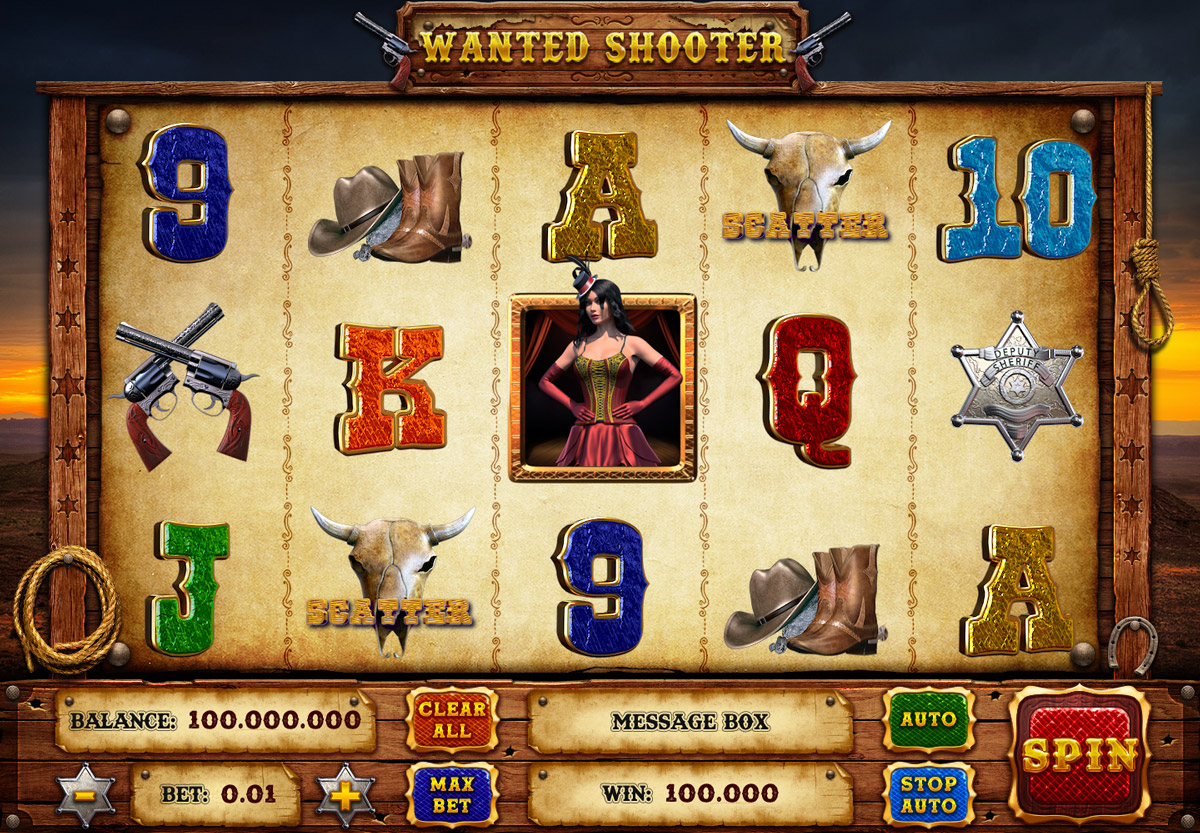 The game background depicts a table fully occupied with preparations for a long trip. In the center there is a map and a long route marked. There is a hat, stirrups, ropes on the sides. And what kind of cowboy goes unarmed? A revolver and cartridges are also here. 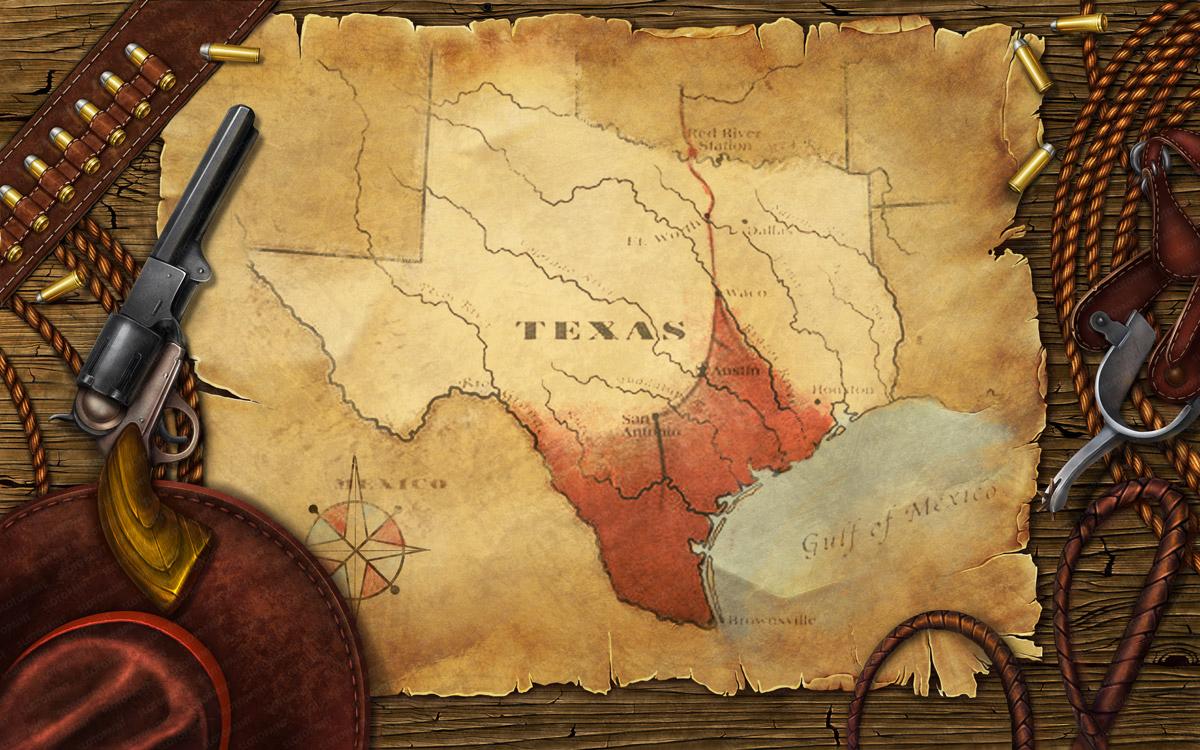 Wild symbol – an announcement about the wanted daredevil cowboy. He looks like a dangerous shooter with a 6-figures reward assigned to his capture!

Scatter symbol is an image of a bull’s skull. This symbol makes it clear that we are in the territory of cattle herders.

And one more high symbol – a charming girl, a dancer from the saloon. She looks fragile, but that could be cheating. Such beauties know how to stand up for themselves and handle weapons no worse than cowboys.

All symbols are animated. An ad with a portrait of a cowboy folds and unfolds. The girl seductively dances kan-kan and demonstrates slender legs. And the skull seems to come to life and resembles the movements from side to side, which are characteristic of cows.

There is an animated version in which both the girl and the skull appear as black and white images on ads. And in the process of animation they turn into symbols already familiar to us.

On the animated screen, each symbols has its own nature. The boots dance carelessly. As if their master taunts any attempts to catch him. The sheriff’s star is spinning very fast. And revolvers, of course, shoot towards each other.

There is also an animated version in which all these symbols appear as images on announcements.

Low symbols – traditional letters and numbers that denote cards. Each symbol has its own color. The font is styled to match the ad text.

These symbols also have animated versions. The letters increase rhythmically, as if showing a heartbeat.


There is also an animated version for these symbols with conversion to black and white announcements.

The screen for the game for doubling is a table already familiar to us, on which a card is deployed. But now there are playing cards on top of the route. On the one hand – red, on the other – black. Nobody knows for sure what color the card will be, which will be dropped to the player. You have to trust your intuition. 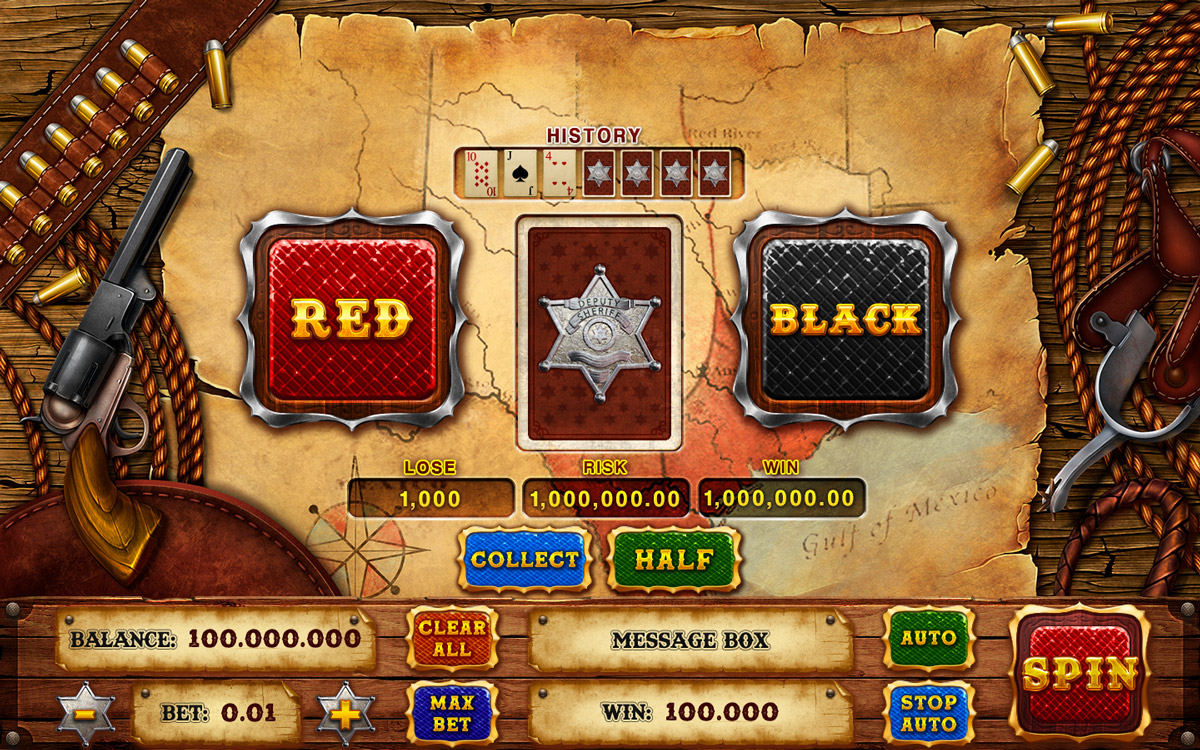 Another screen is a large image of an announcement with information about the wanted shooter. The text urges citizens: Big reward! The sum of 1,000,000 is the best proof of how dangerous this cowboy can be. 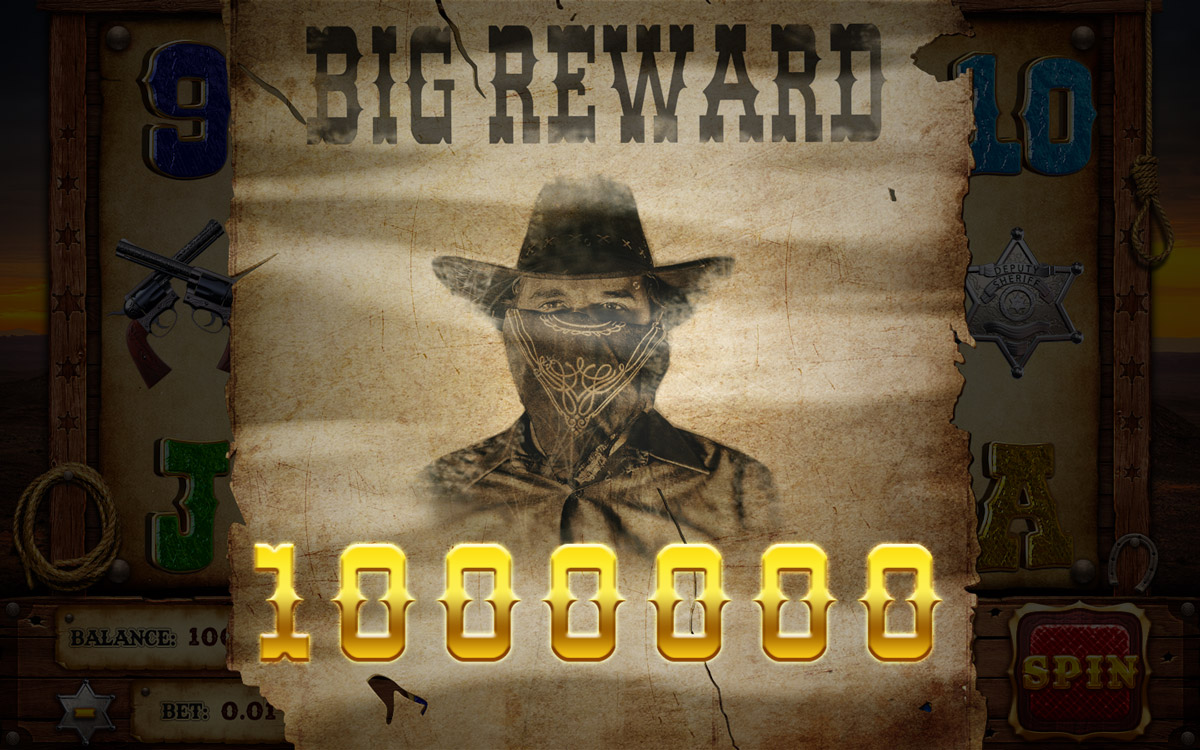 On an animated screen, an announcement unfolds against the background of a game reel with symbols.

The pay table are framed like a wooden shield. There are small plaques on it with information about each symbol. 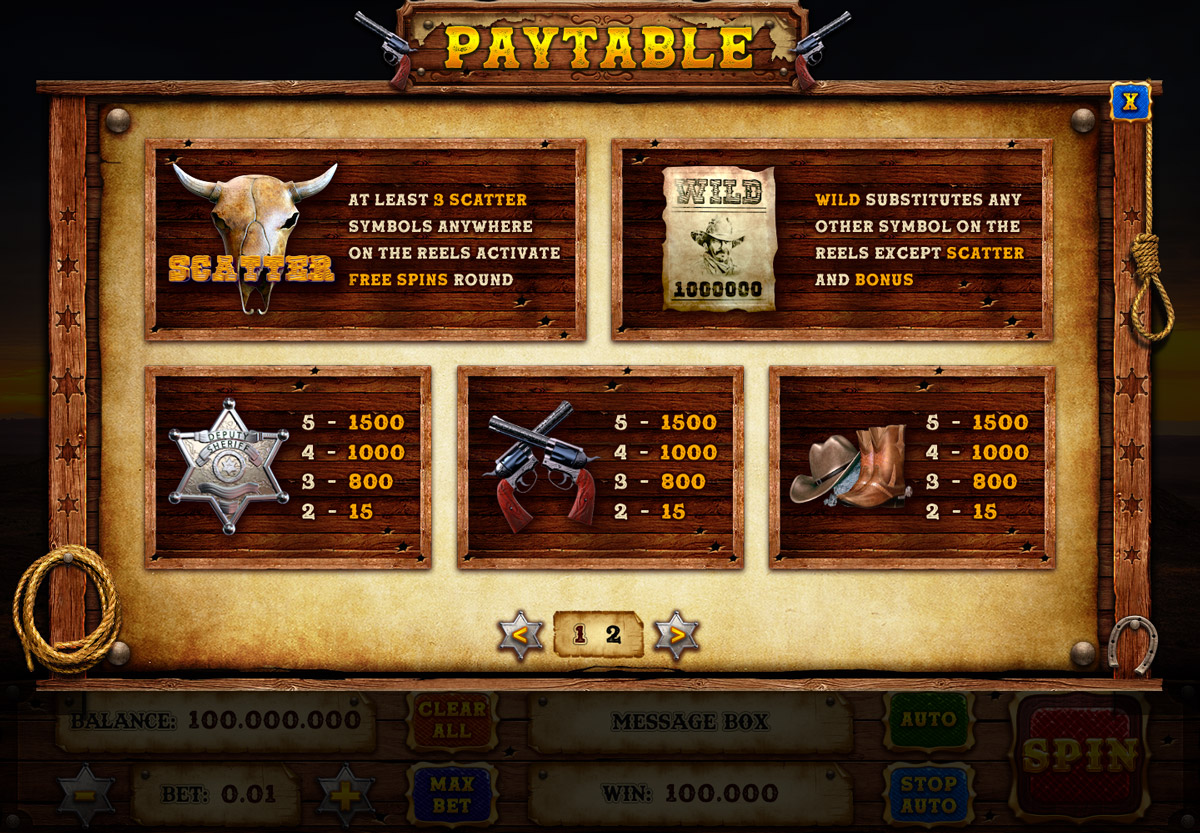 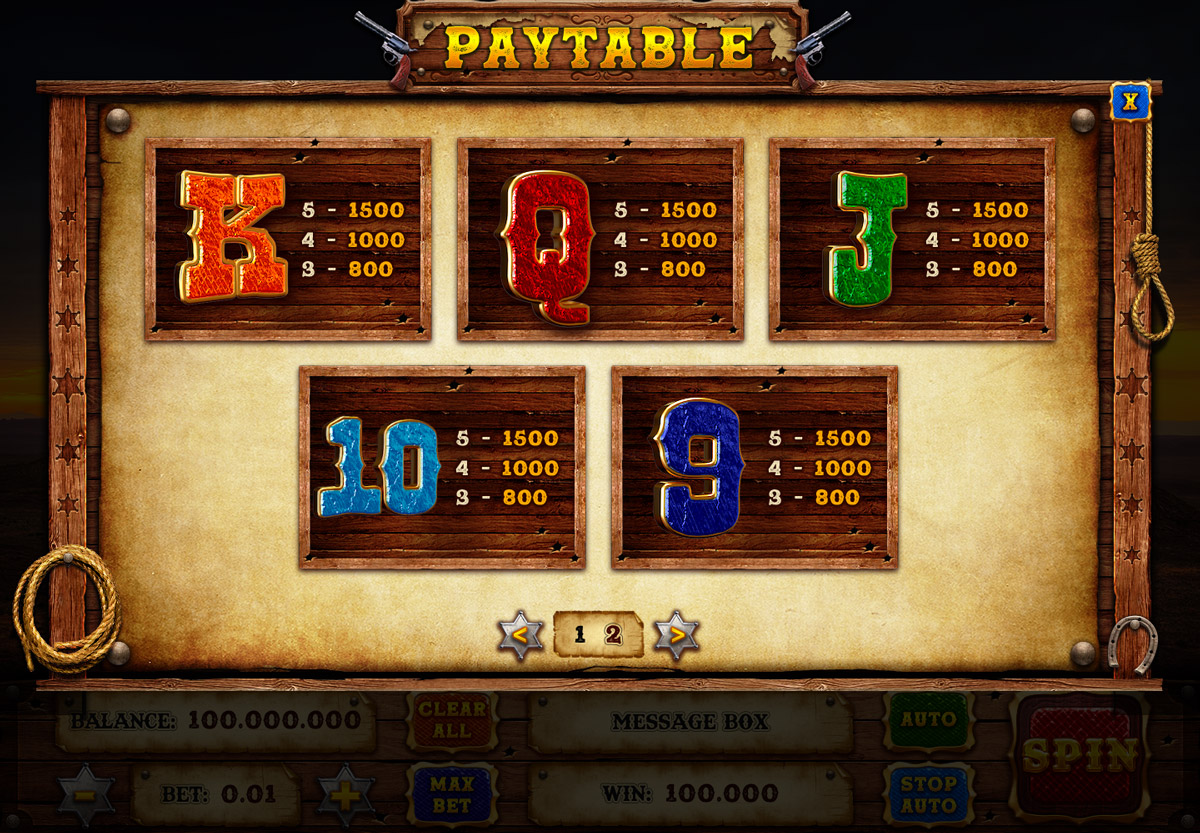 The greeting screens for information about bonus games and free spins are designed in the same style. 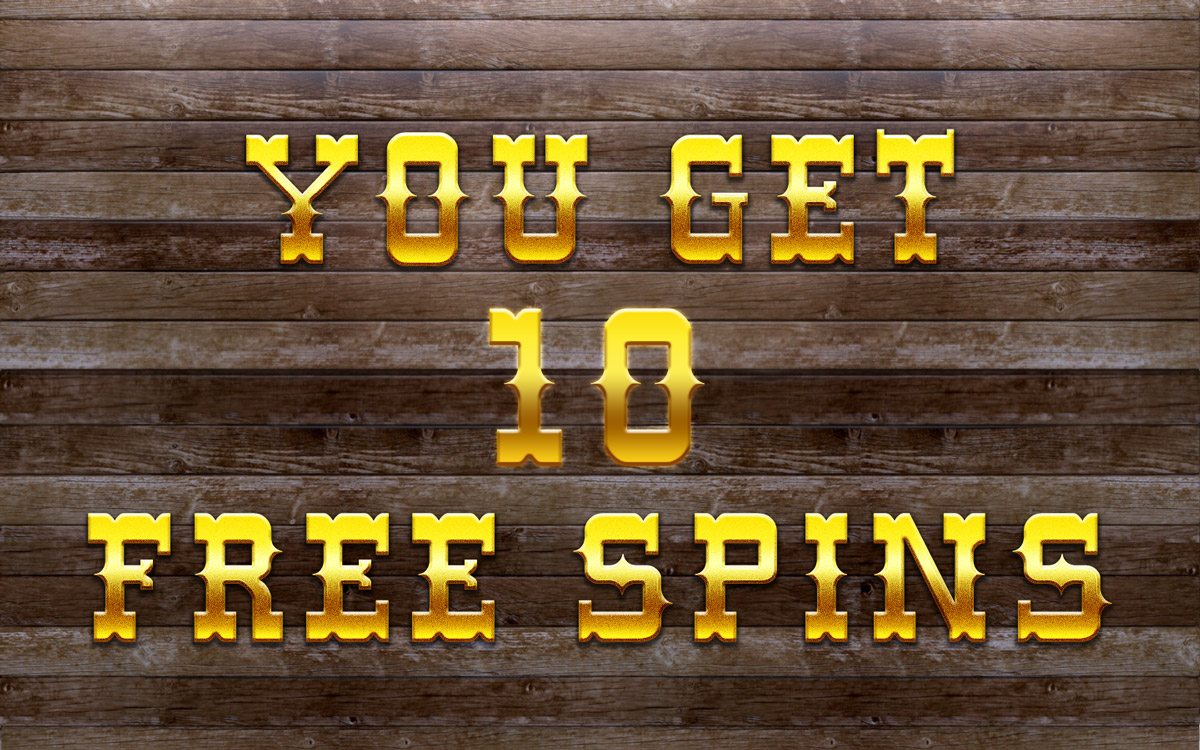 The inscription in golden letters is located on the background of roughly knitted wooden planks. 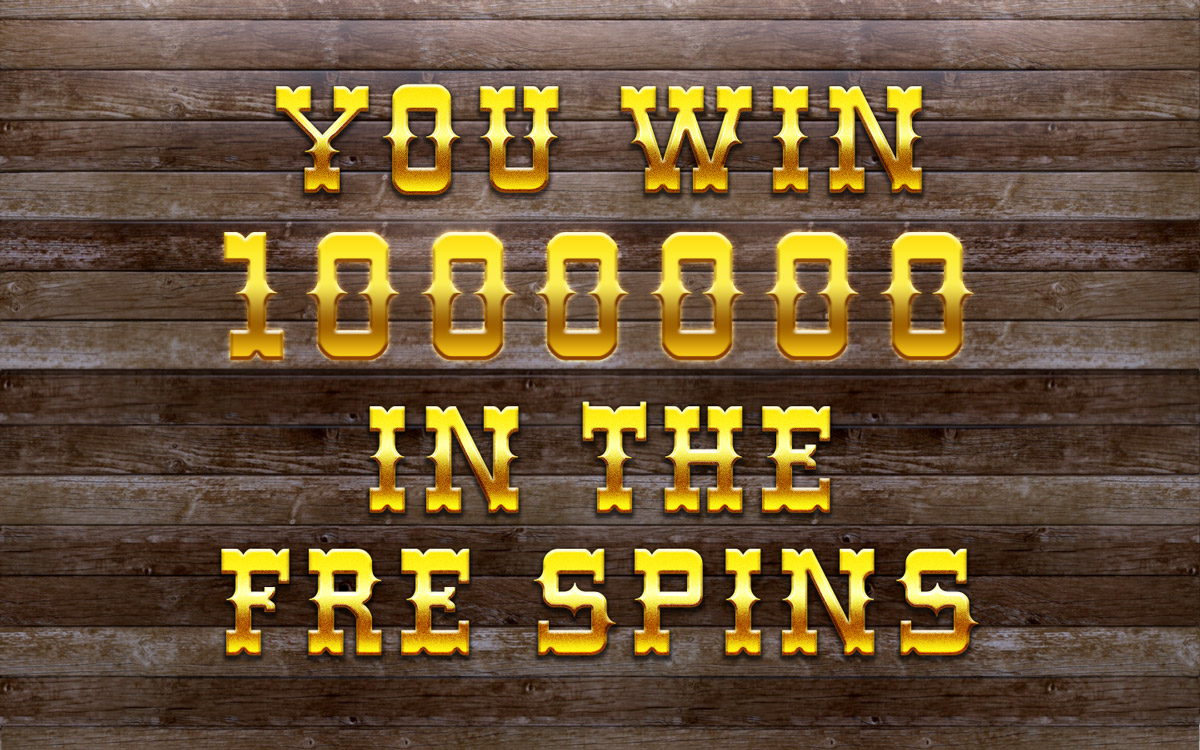 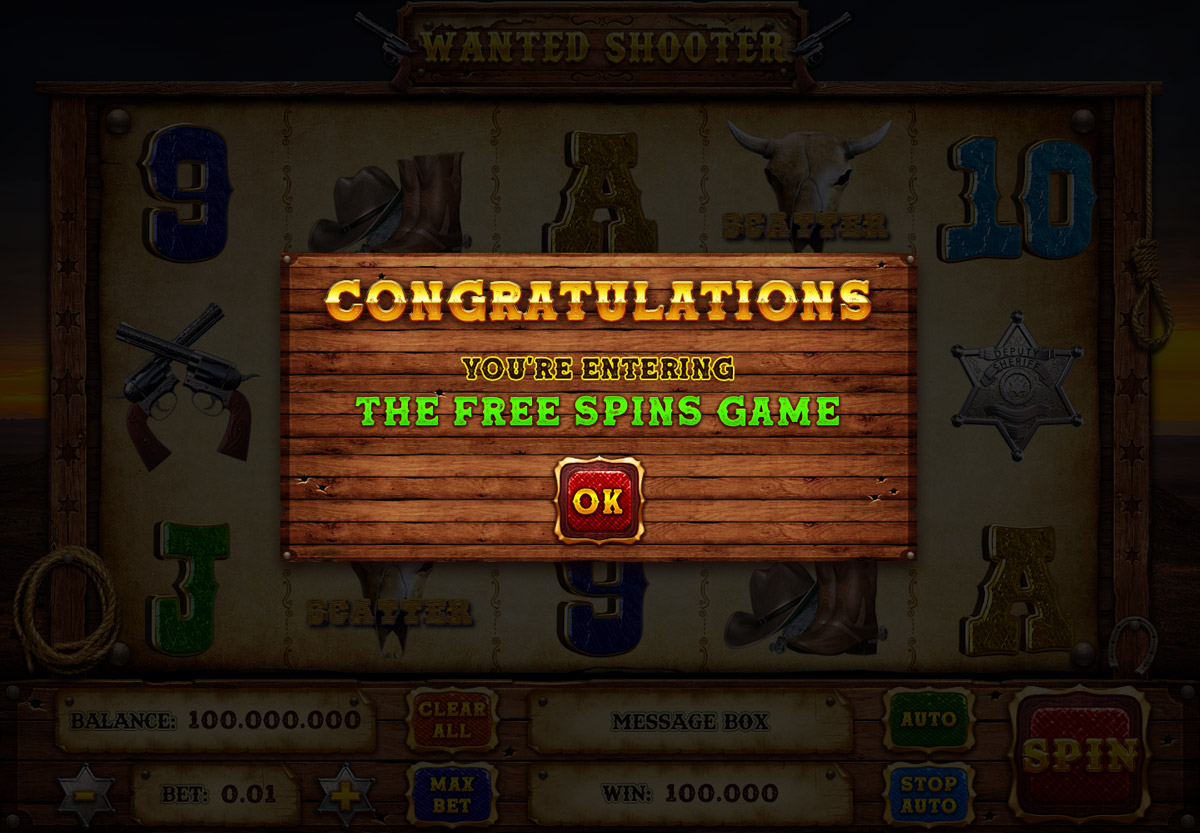 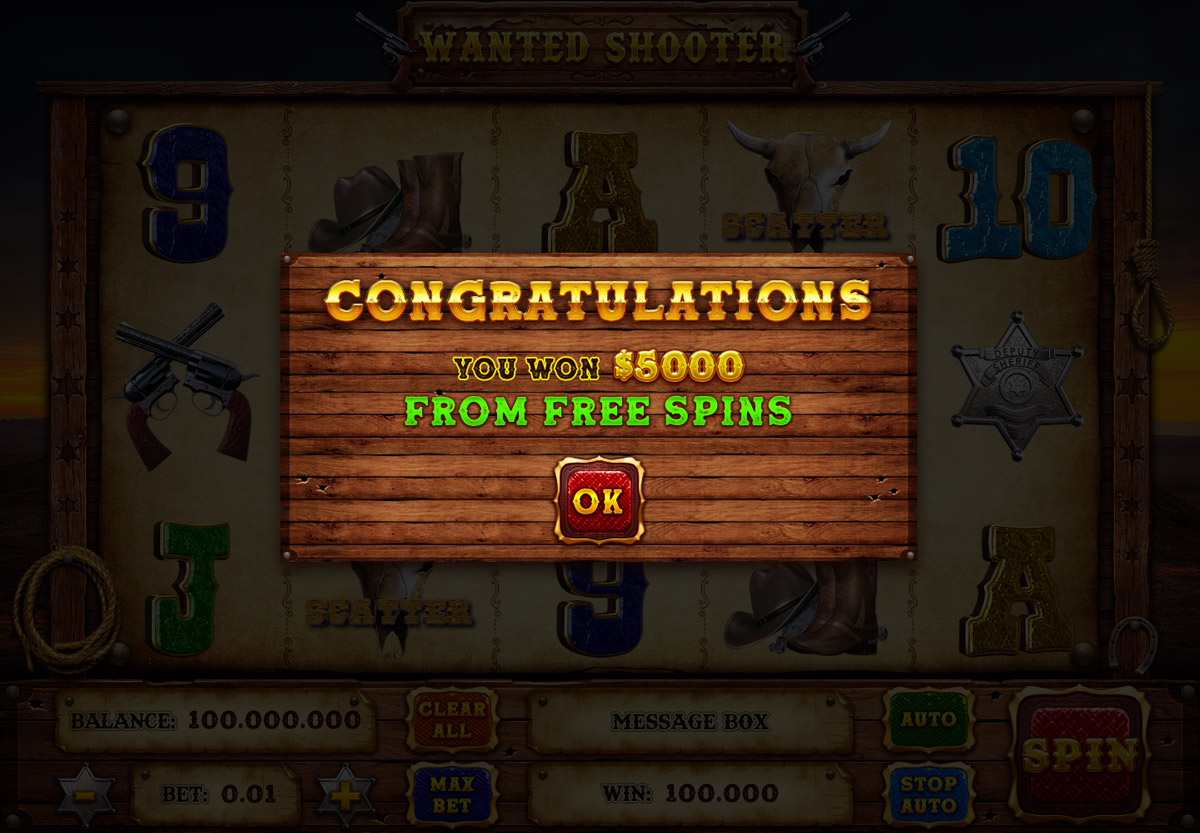 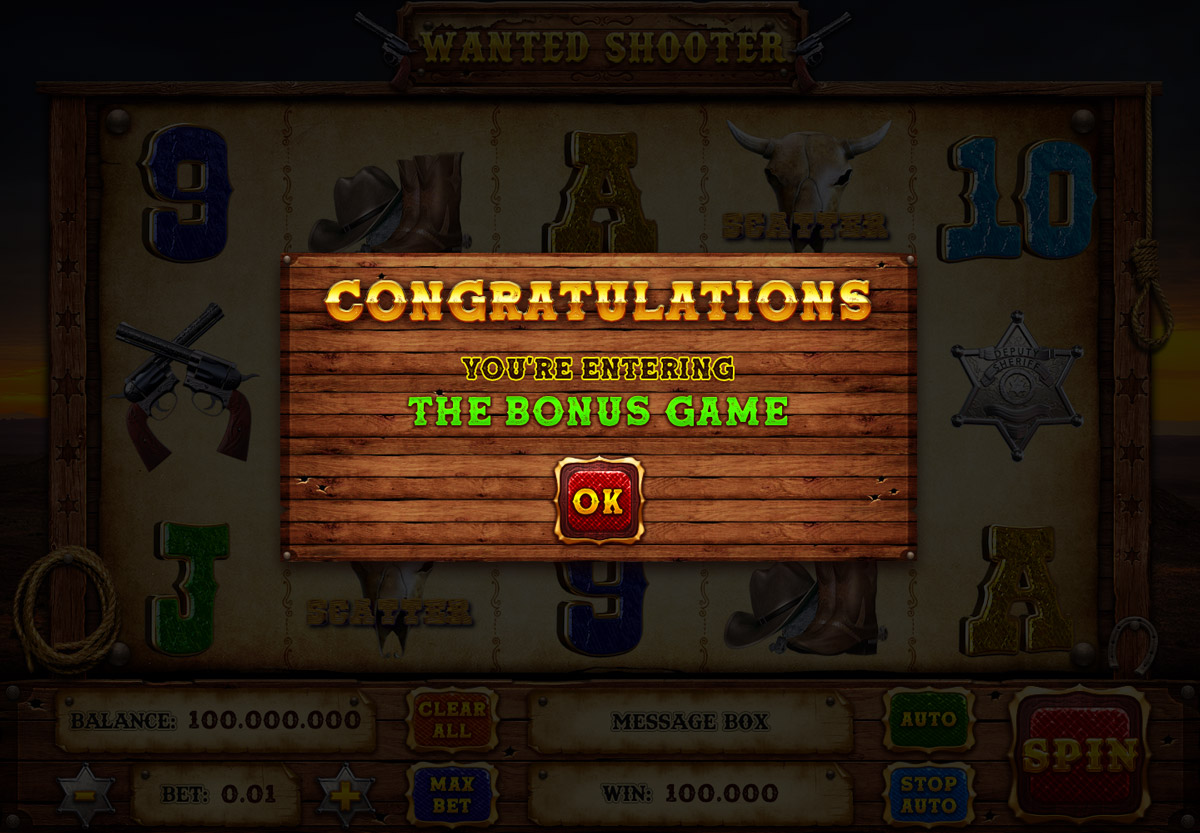 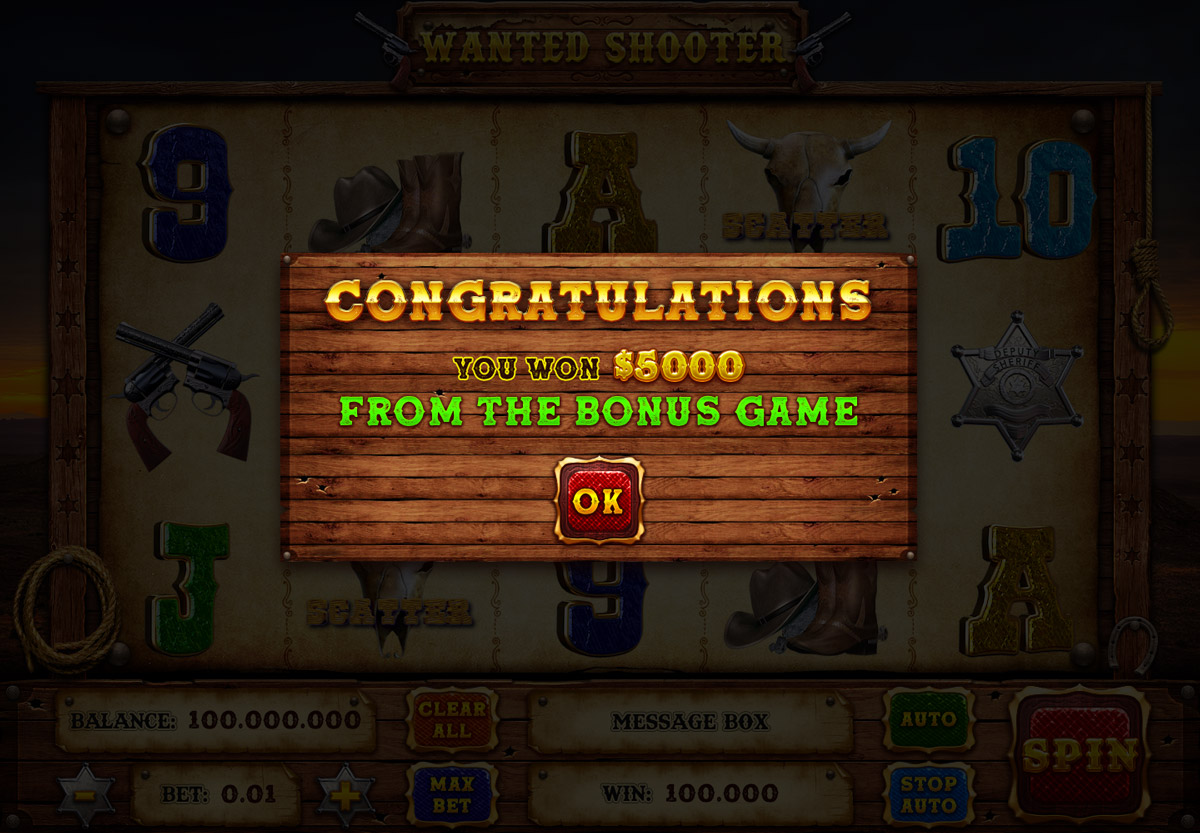 In the final animated screen, we see the elusive shooter appear, draw a revolver from its holster and shoot exactly at the center of the reels. At the same time, he falls directly into the symbol with the image of the dancer. A clear indication that the game is over. 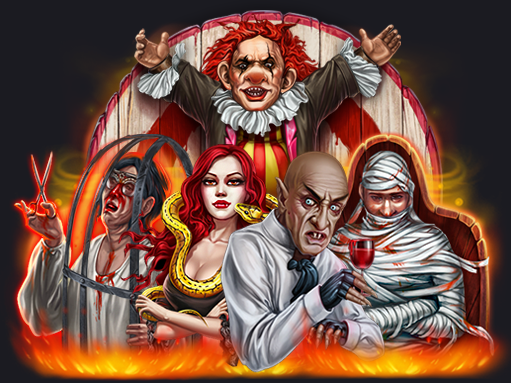 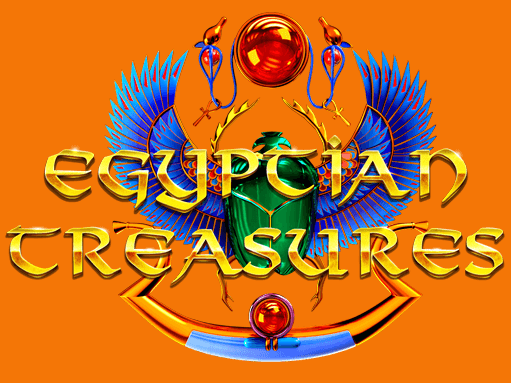 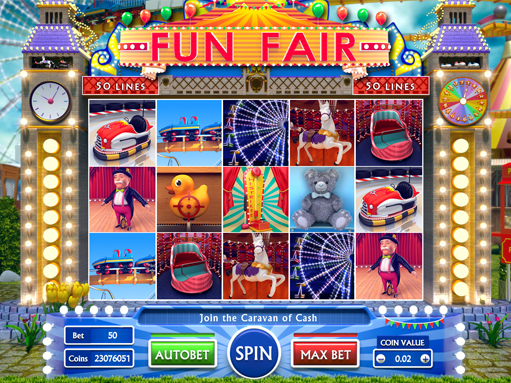