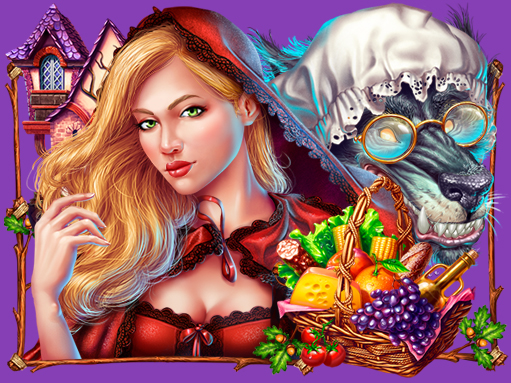 The game field consists of 5 reels, which is placed on the wall of the grandmother’s house. As for game symbols, it is drawn according to the main theme. Due to this, all the symbols on the reels look quite appropriate and organic. On the reels there are both classic card denominations from 10 to A, as well as the main ones: a basket with refreshments; a sewing machine, on which, perhaps, a red cloak was sewn for the heroine; squirrels living in the forest; the charming Little Red Riding Hood, who for all the time has already managed to grow up and turn into a sexy blonde; and, of course, the savior in the form of a hot hunter. The Wild symbol has more features, as it is universal and depicted as a frightening wolf, with an evil grin. Grandma’s house corresponds to the symbol – Bonus. 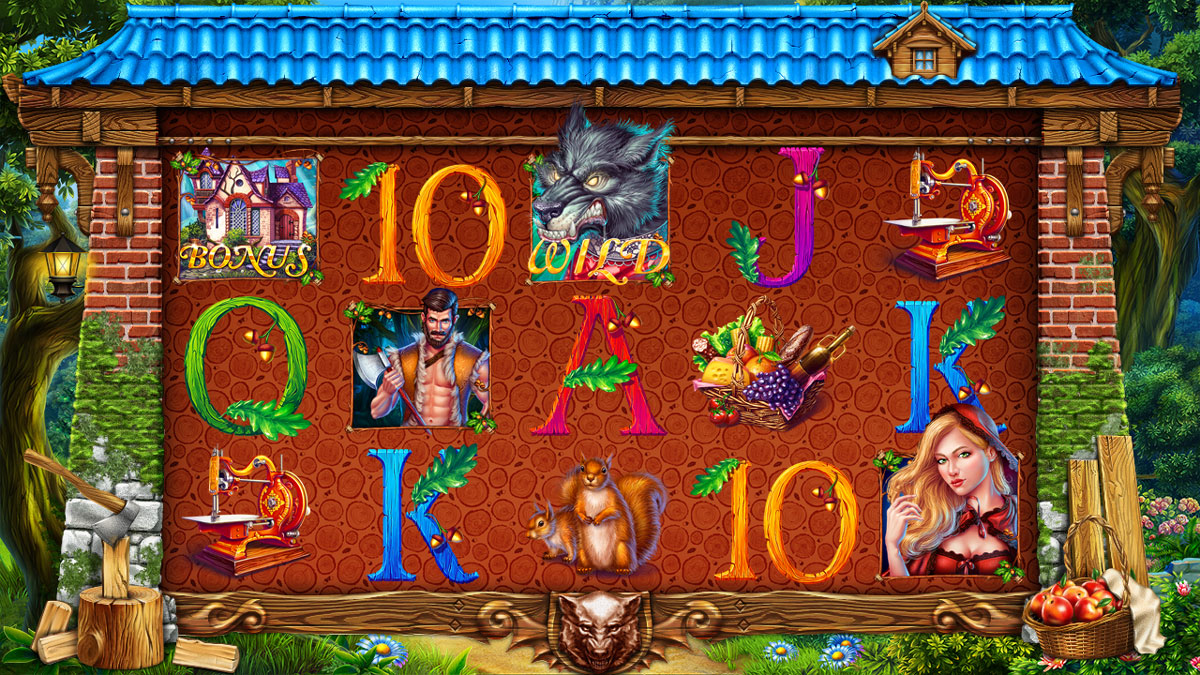 On the initial sketch of the main background, it would seem, the usual plot: trees, road, a small house. However, something attracts us to contemplate this picture for a long time, as if hoping to find an encrypted message in it. 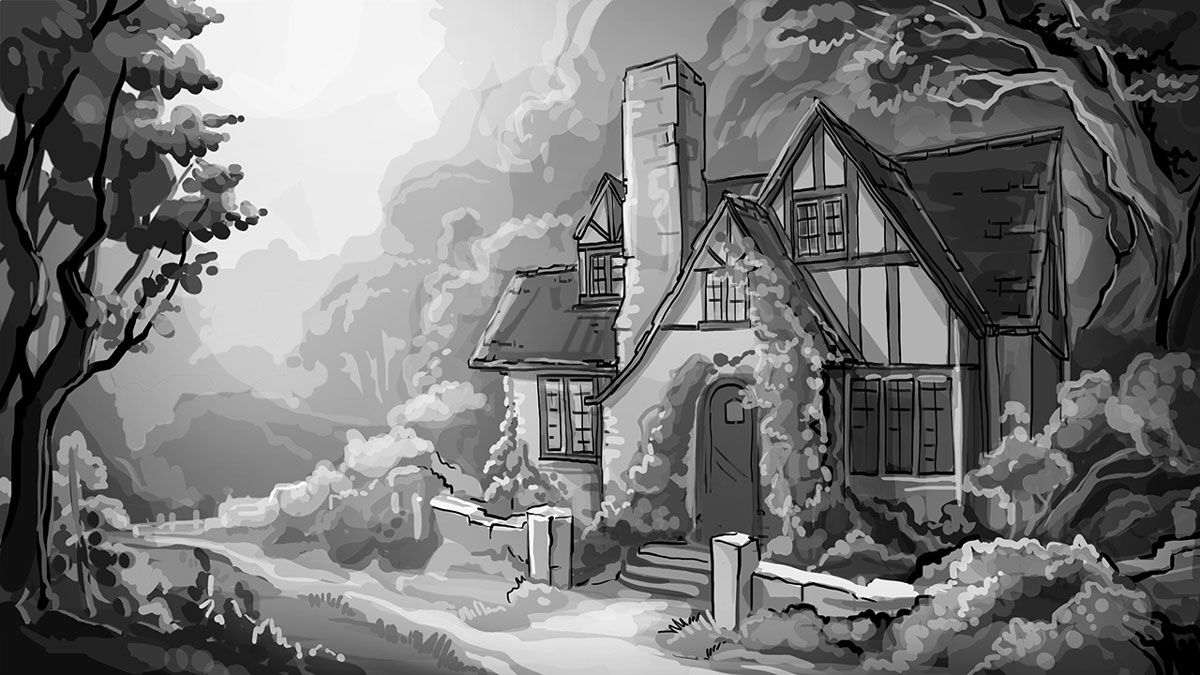 By adding colors to the draft sketch, the picture became deeper, more interesting, filled with details and emotions. A bright sunny day, rich colors of picturesque nature and a cozy house intertwined on the canvas in one piece. 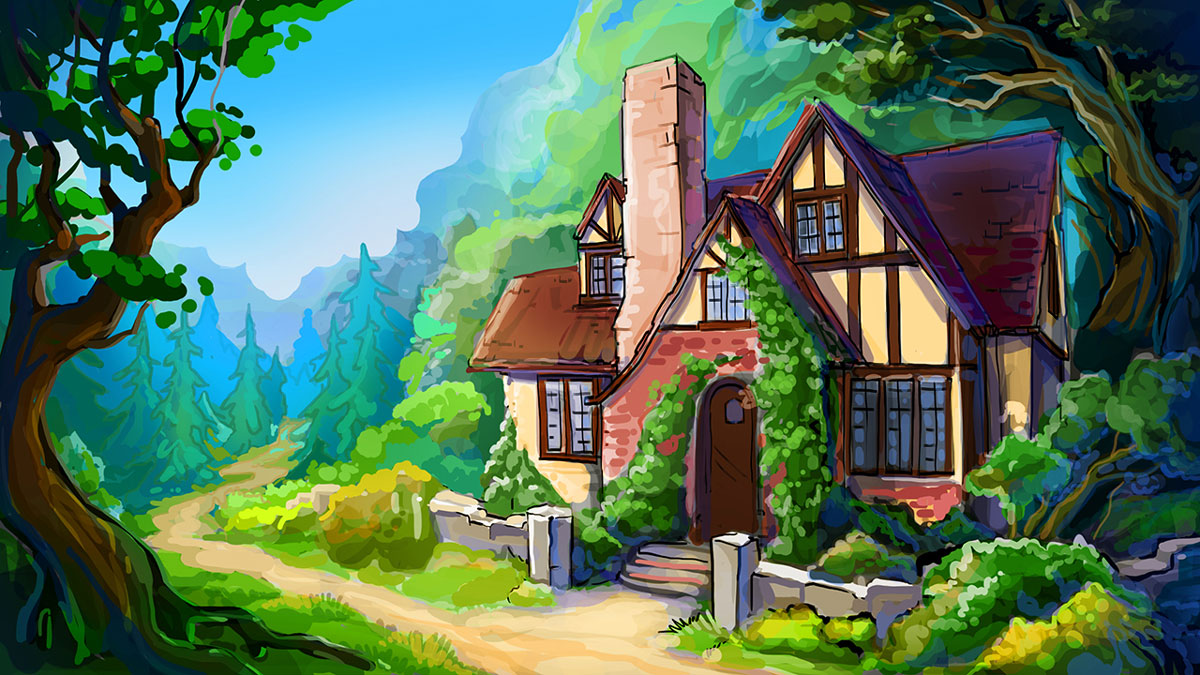 In the final version, we can see that near the house there is a mighty forest with tall dark green firs and pines, which enchant with their aromas. Mountains, rising to the very clouds. Seems like as it blows cool from them. From the house, bordered by different colors, a path leads into the very depths of the forest, where a cunning and bloodthirsty wolf hid. The house itself is simply beautifully drawn here: glossy, polished, crisp, like a retouched photo. The eyes enjoy by elaboration of details and visual range during viewing. 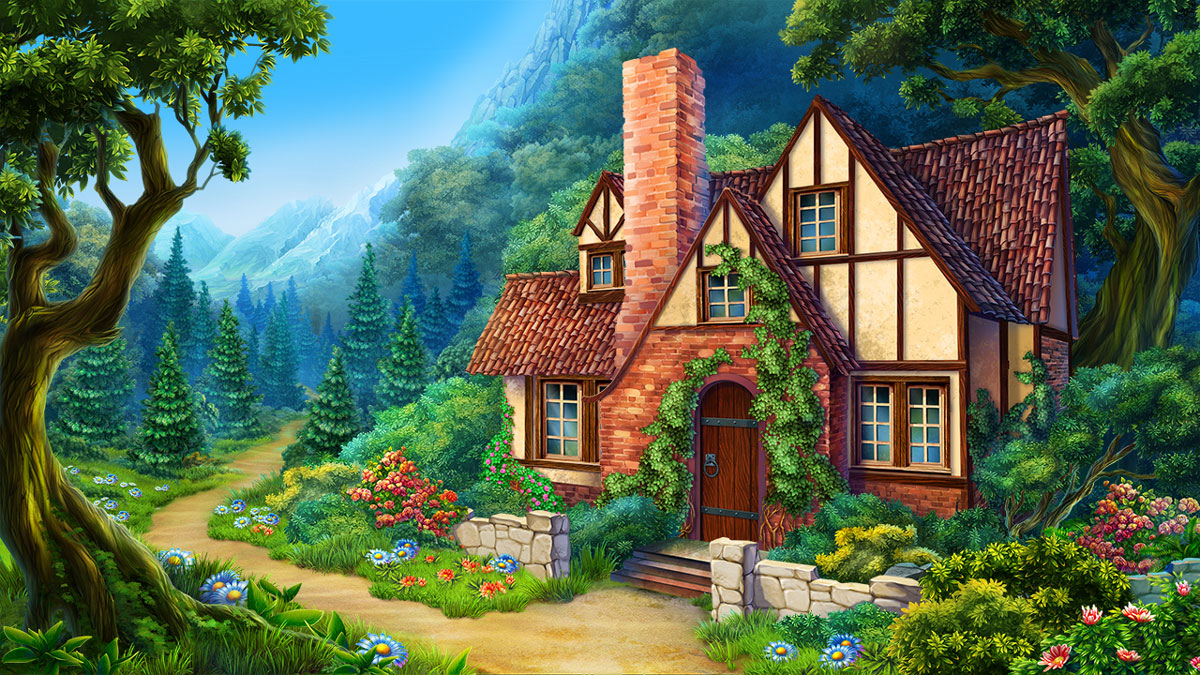 The night has come. Here, every Christmas tree and every bush seemed to have gathered all the beauty of the night. A bright moon illuminates the path, leading to the grandmother’s house, who is still awake, and everyone is waiting for her granddaughter to come. Only at night a real fairy tale will begin, which only the most attentive can read. Who will come first? Wolf or the granddaughter? 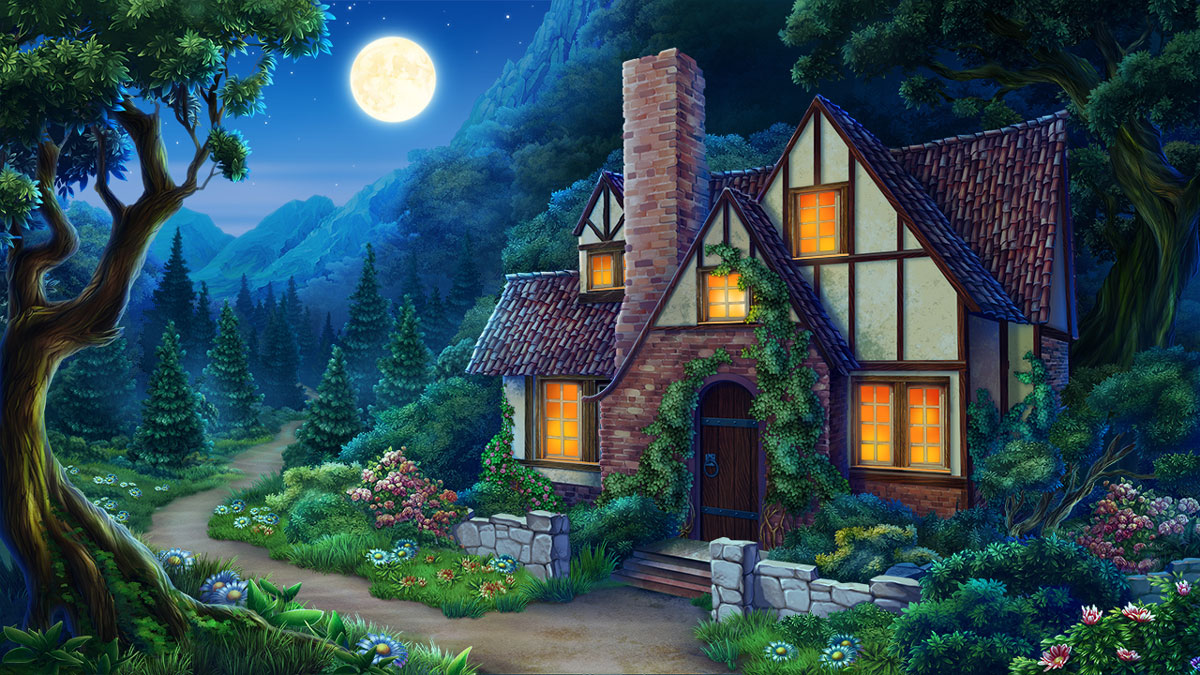 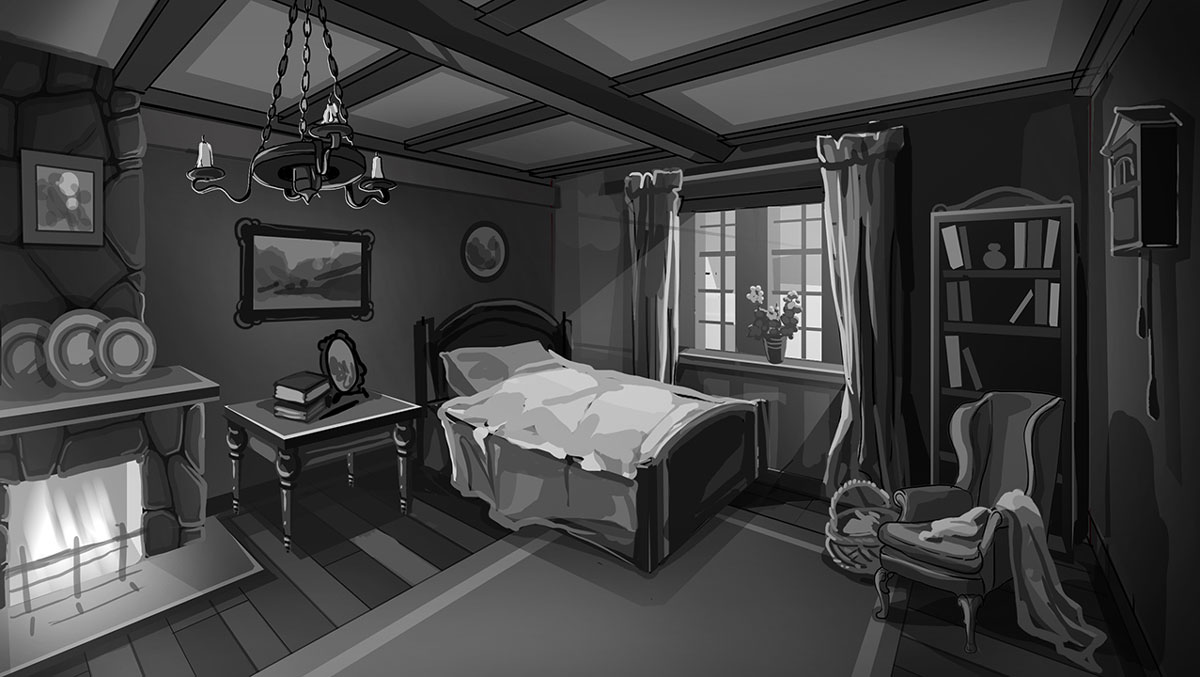 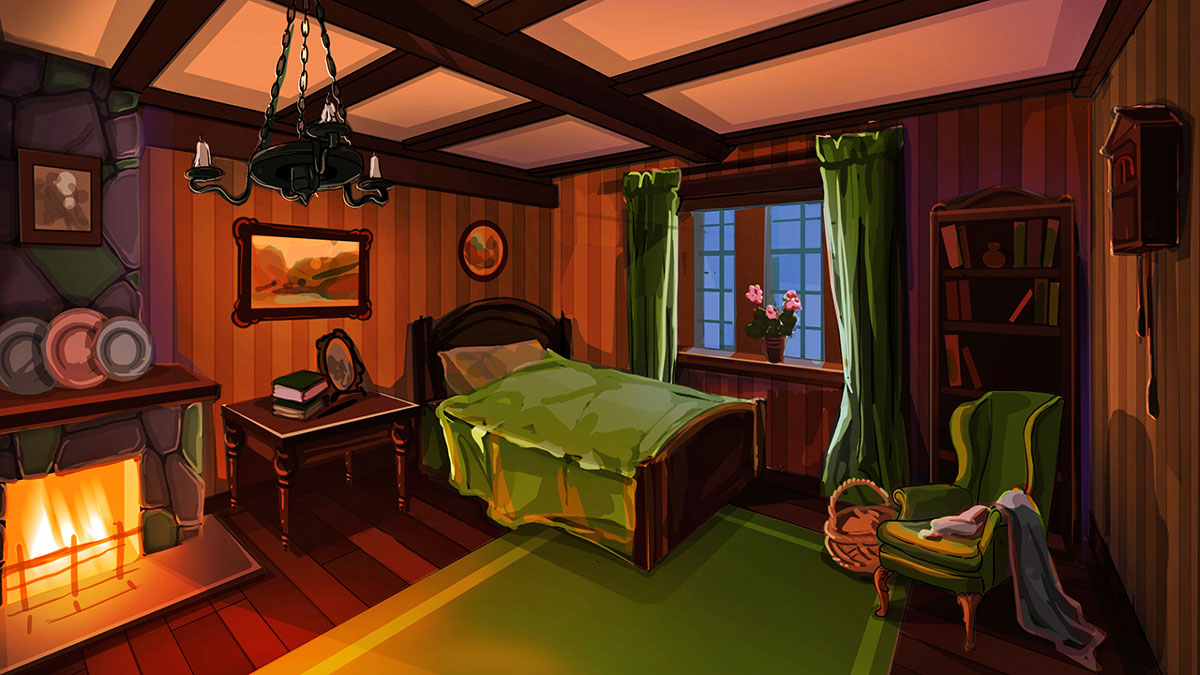 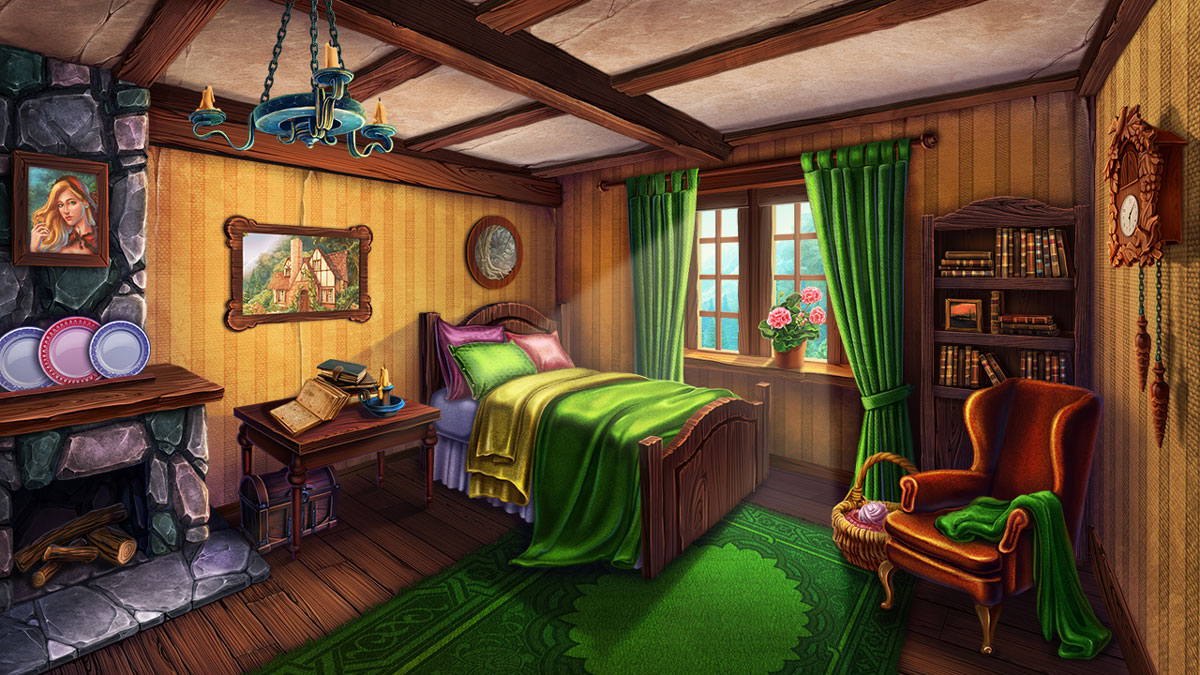 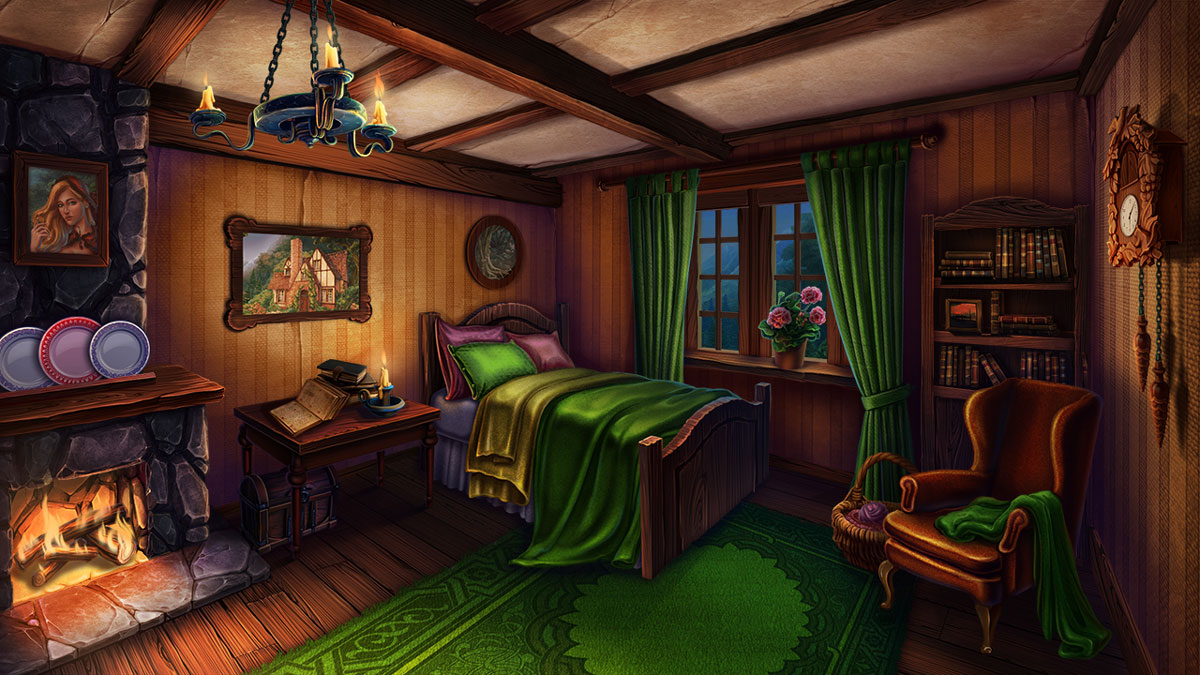 A sketch of a Wild symbol. It looks very impressive and severe, especially it attracts with its strength and power. Two types of images are presented: the first is a wolf with a frightening grin. Anger and cold blow from him. On the second, he had already satisfied his hunger a little and dressed the clothes of the grandmother.

The Wild symbol is the wolf. This fabulous character appears on all the reels. He doesn’t give his own payments, but replaces the rest of the symbols, except for special ones. With the help of color, ferocity, treachery, cruelty and evil are even more displayed in the image of this hero.

The draft of future high symbols is quite detailed, it accurately depicts elements which will be shown on the reels.

The little red riding hood itself looks incredibly attractive. A chic red cloak, a stunning hairstyle, as if casually peeking from under the hood, an expressive neckline, an expression of green eyes – everything is very sensual and penetrating. Brutal, with broad shoulders, a swollen body, a confident look and an ax in his hands, the hunter only waits for Red Riding Hood to be rescued. The fabulous grandmother’s house, where all the actions will take place, acts as a Bonus.

Fear, horror, awe of mystery, and excitement … everything is woven into the animation of bright characters. There are unexpected plot twists, and, of course, the main thing is intrigue!

All other characters comply the same drawing criteria. Thanks to sketches, anyone can understand that they are organically combined in one theme.

Another symbols, which were used: funny, red squirrels with fluffy tails; a treat basket filled to the brim with all kinds of dishes; vintage sewing machine.

To make the game process as comfortable and interesting as possible, all the symbols were animated.

Also in the slot there are images – stylized denominations of playing cards. They look like as if they were made of oak, painted in different colors, but retained their structure and did not even lose leaves with acorns.

As soon as Little Red Riding Hood and the wolf meet on the screen, it means that  the player goes into Free Spins mode. This transition screen is made in a humorous, cartoony style. All game images and types are made very recognizable and are ideally suited to the game idea. 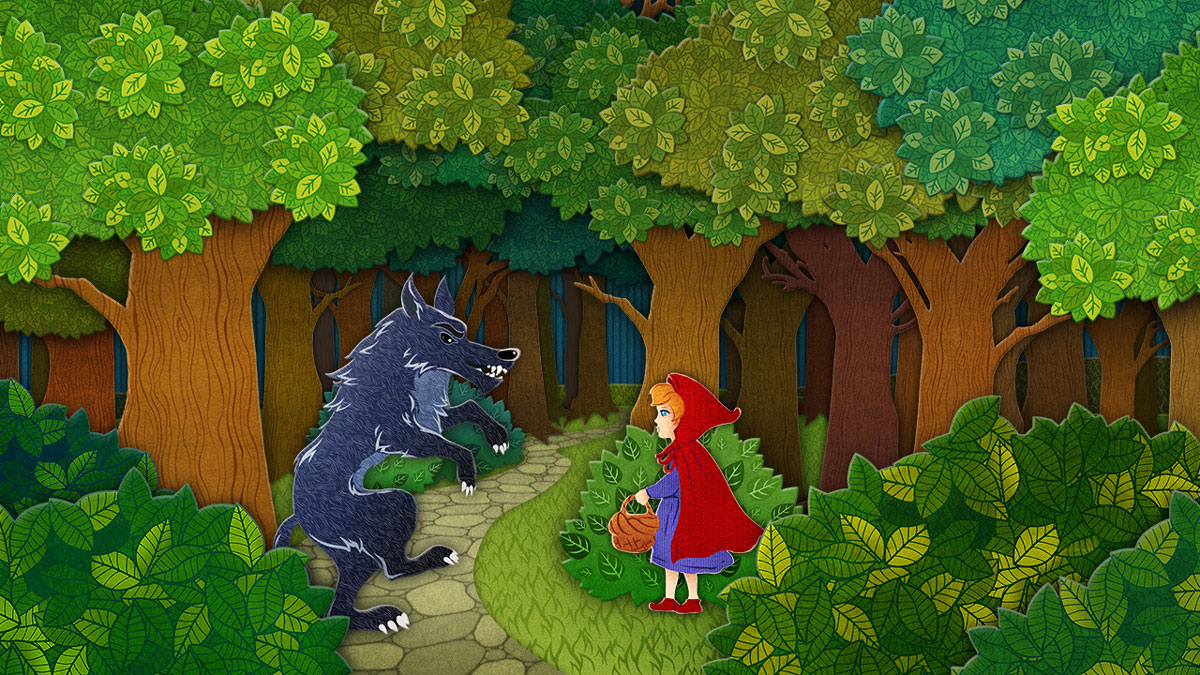 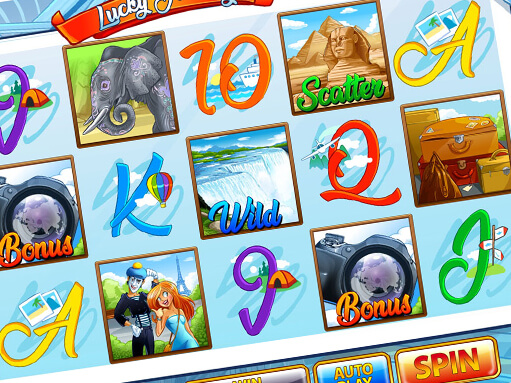 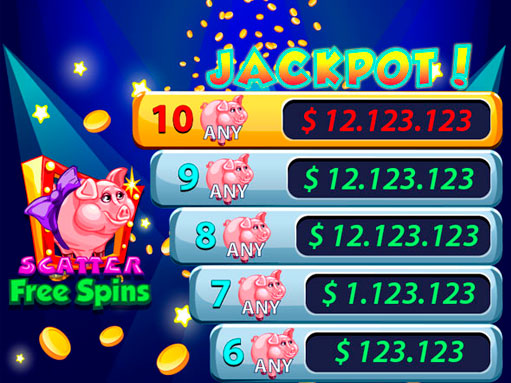 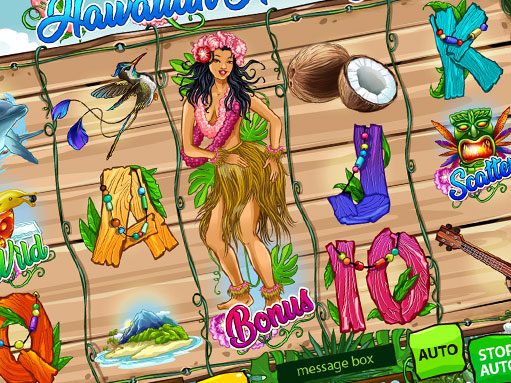