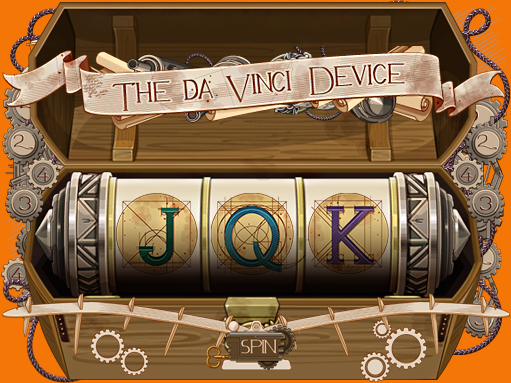 Highly detailed vector graphics had never before looked so realistic and now you can join the great ideas of the talented scientist in our design new slot machine “The Da Vinci Device”.

This slot machine is entirely devoted to scientific works and inventions of Leonardo da Vinci, many of which you can see here as the game symbols, such as a polyhedron, a prototype of the first aircraft, a prototype of the first helicopter, and the famous drawing Vitruvian Man, which was created as an illustration for a book dedicated to the works of Vitruvius. The most interesting invention, in our humble opinion, is the cryptex box, and we tried to move the idea of this device into the bonus game of the slot machine. When you see this screen, you have to guess the necessary combination of game symbol, which will allow you to win bonus points and increase your winnings. Otherwise, you will not win anything, and an acetic acid will dissolve a parchment with your bonus.

While developing universal pay tables, we tried to maximally reliably to convey a character of cryptex device, by drawing the constituent parts unassembled. Maybe it will inspire you to own inventions, but in the meantime you can enjoy a game in the slot machine “The Da Vinci Device”.

Graphic design of UI with buttons and background image for the slot machine. 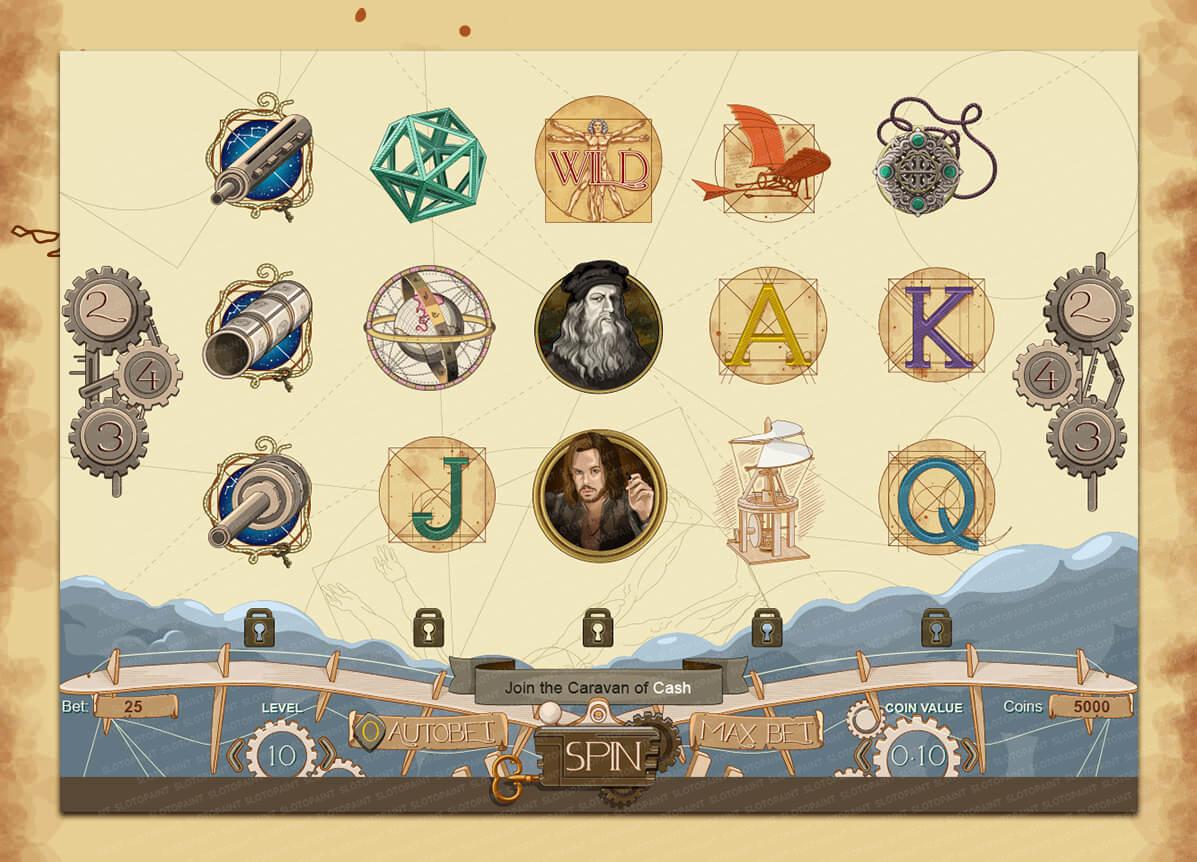 Game symbols
Development of preliminary sketches as well as final version of the game symbols.
Famous invention and component parts, which are now not necessarily seek in museums. From now it’s all available to you. 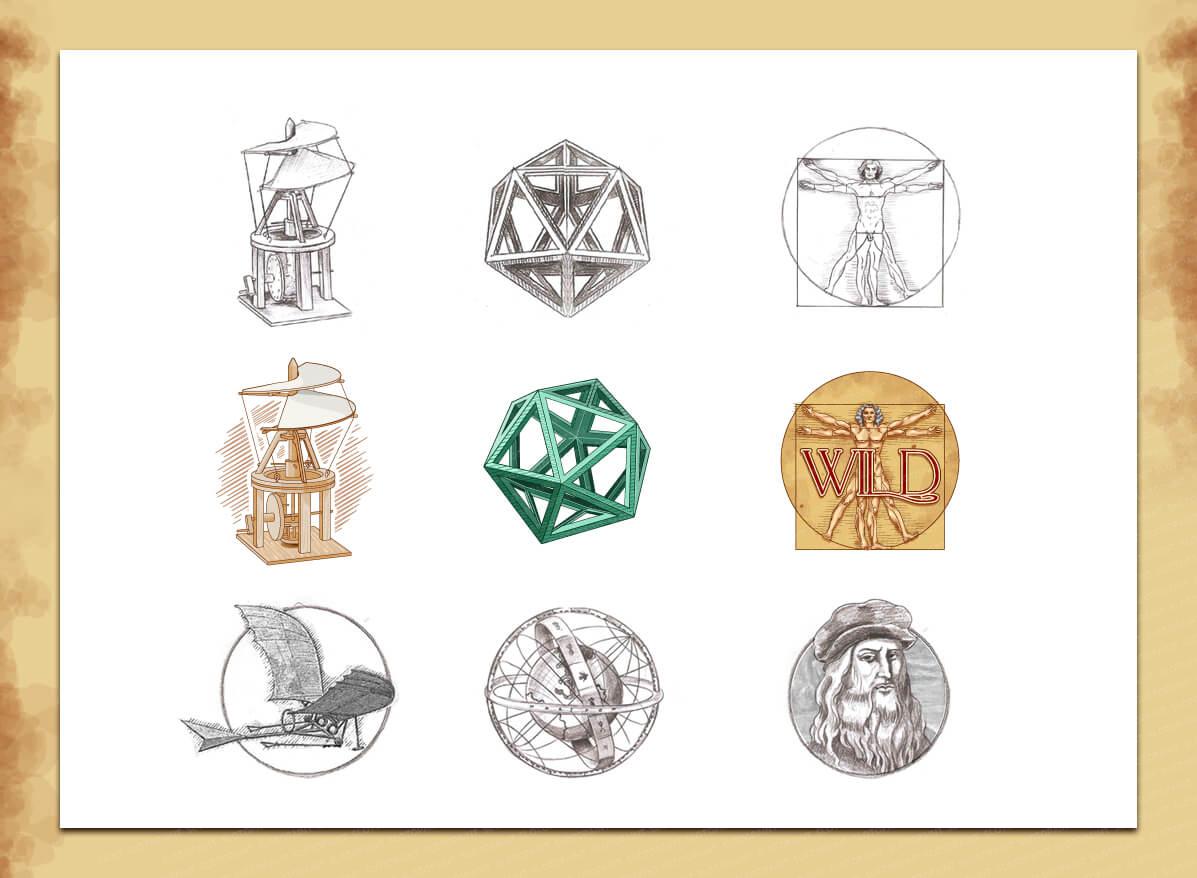 Additional sketches and final versions of the game symbols. 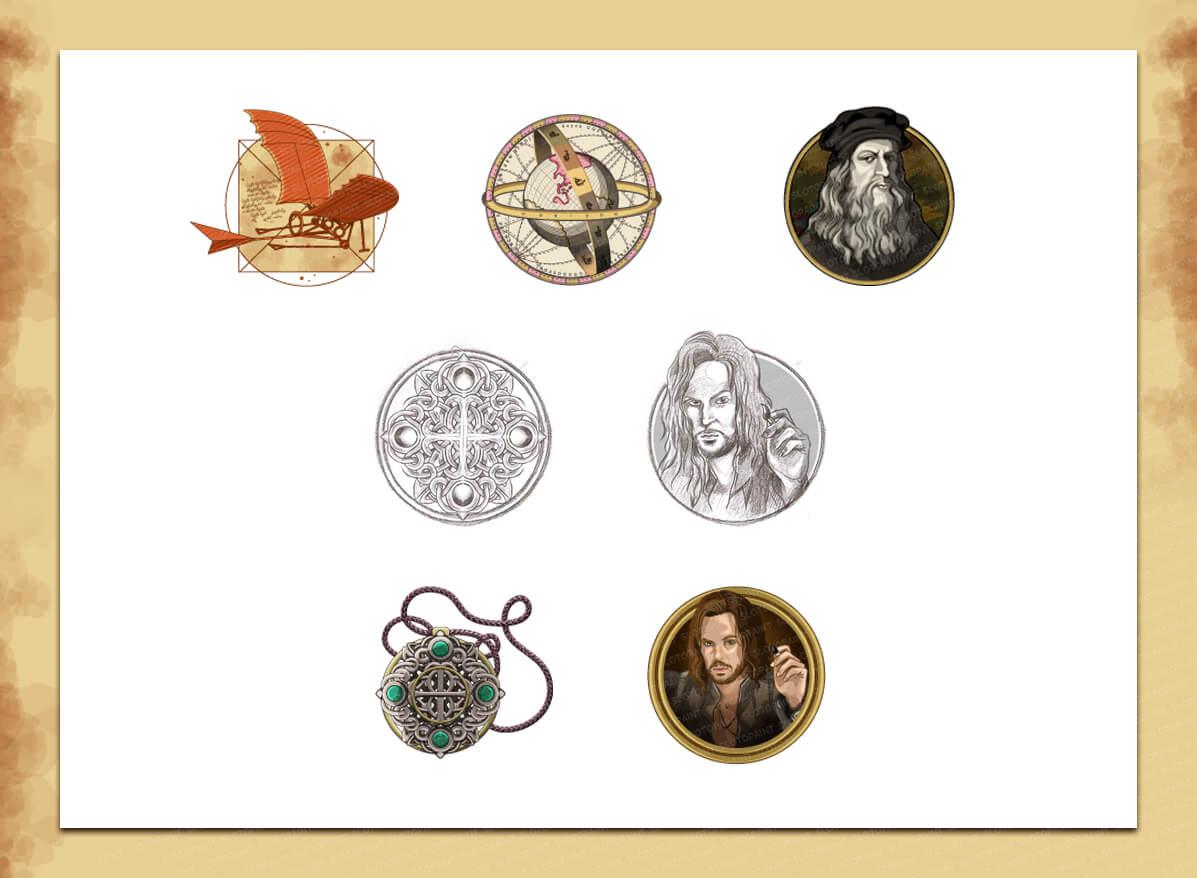 Low symbols and the cryptex box. 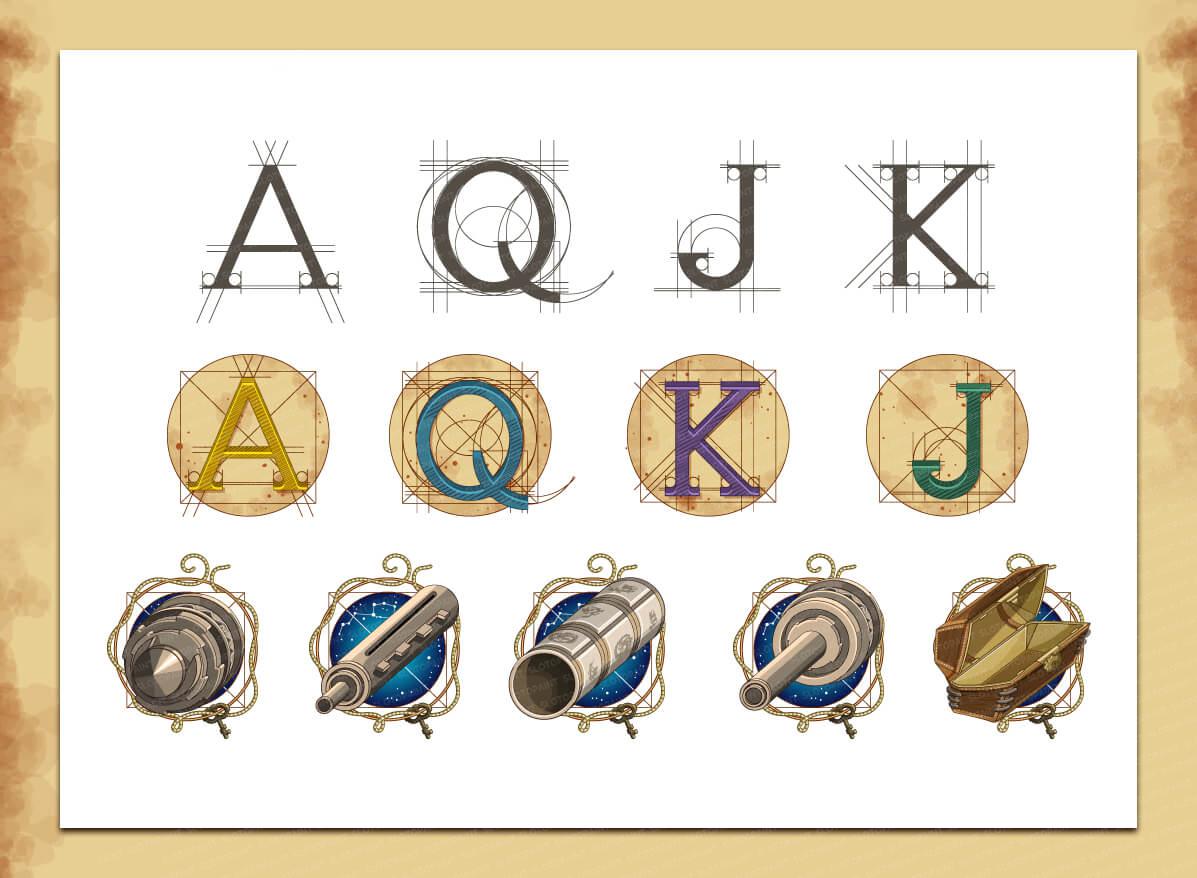 Here you can see the scheme of the cryptex box. 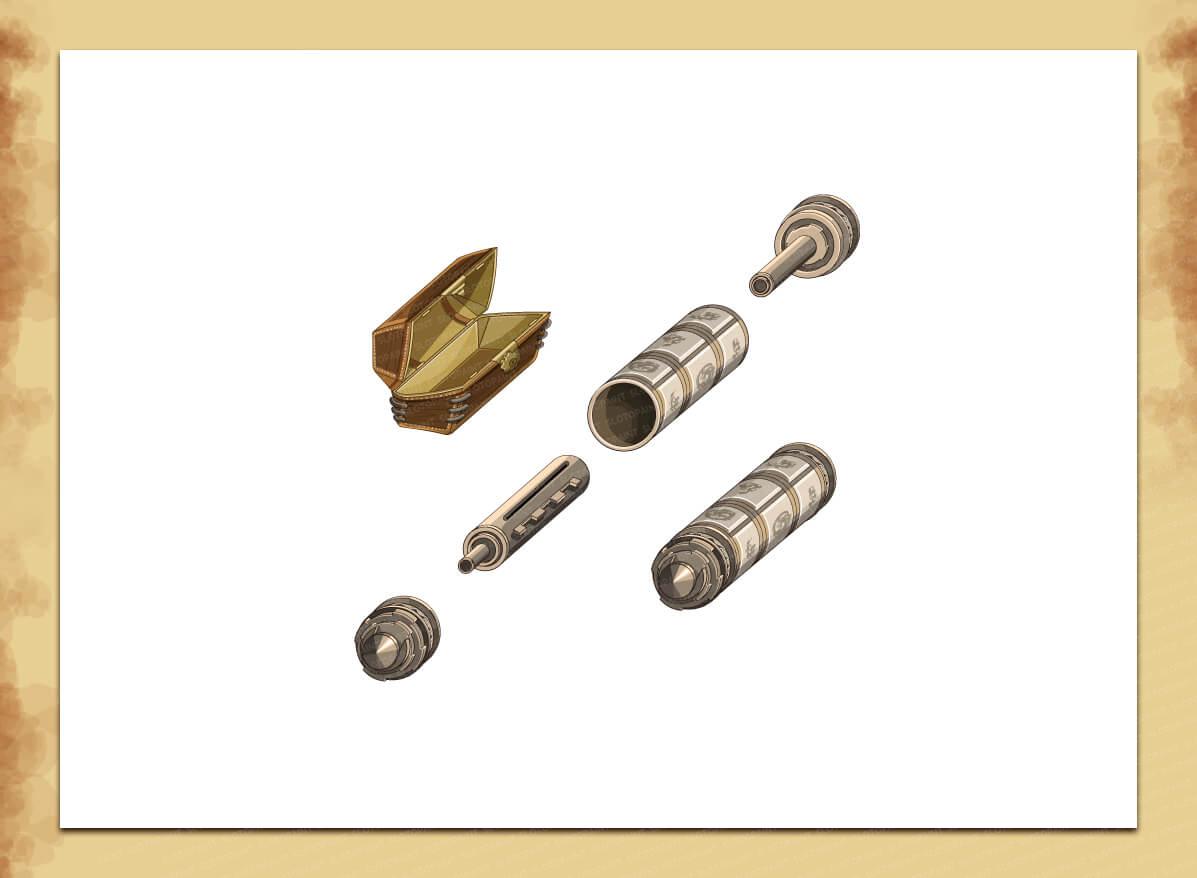 Paytable
Check out the rules of the game and the paytables.
So, you will be aware – getting of which symbols and which quantity of them will bring you the greatest win. 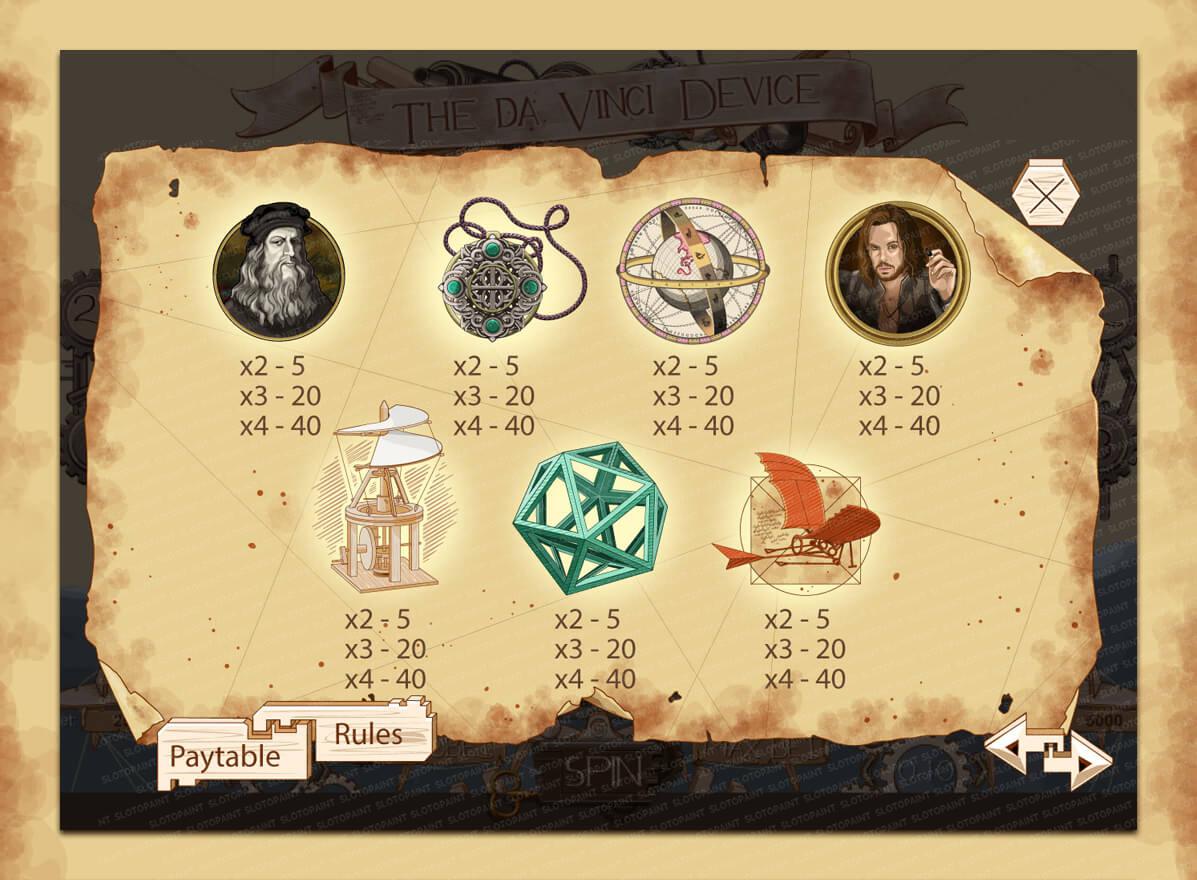 Here you can see a pay table with a winning combination of symbols. Collect 5 pieces of the same to play a bonus round. 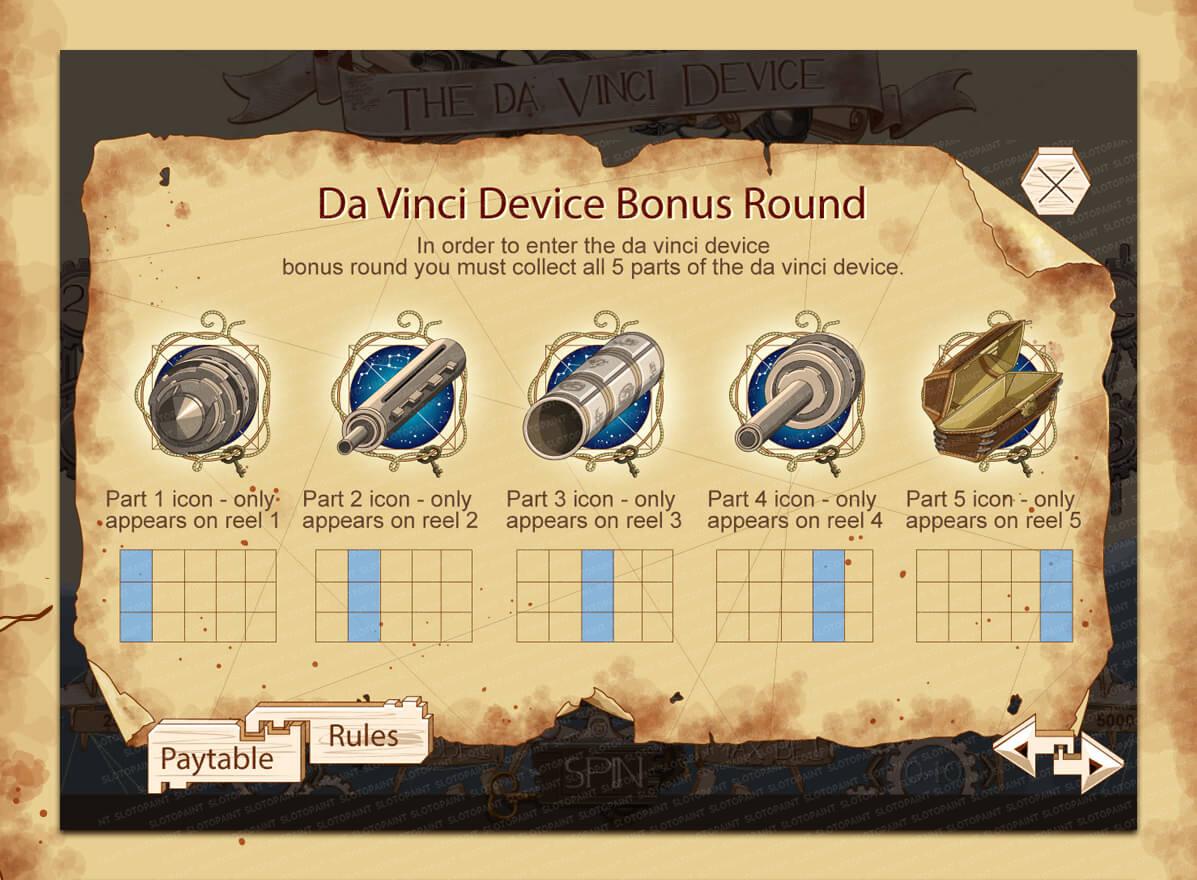 Here you can see a table with numerical values for each symbol, as well as a certain number of points for the obtaining of same characters of the same type. 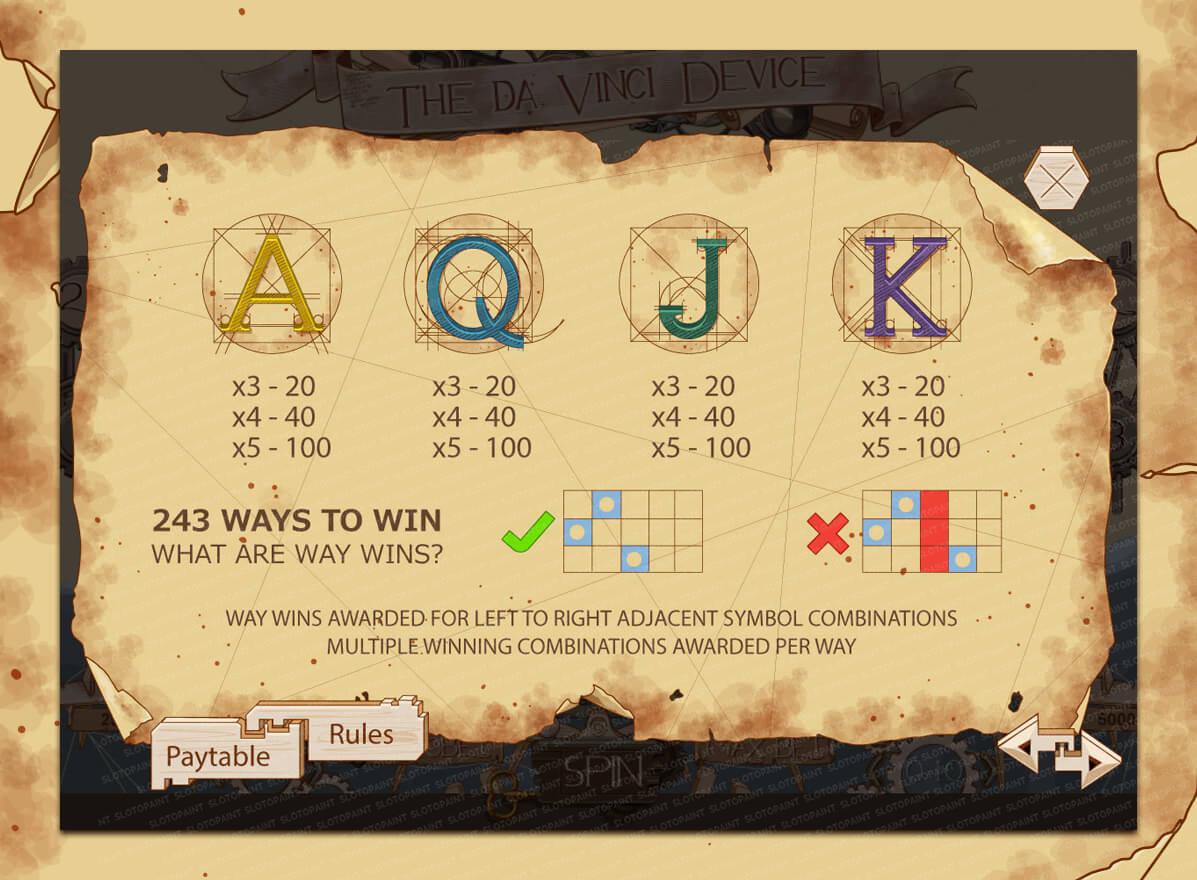 Here you can see animations of Low symbols for the slot machine.

Bonus game
Bonus screen is represented in the form of a mini cryptex with the code that opens only when you get a bonus symbol. You can rotate the drum of the cryptex and test your luck. 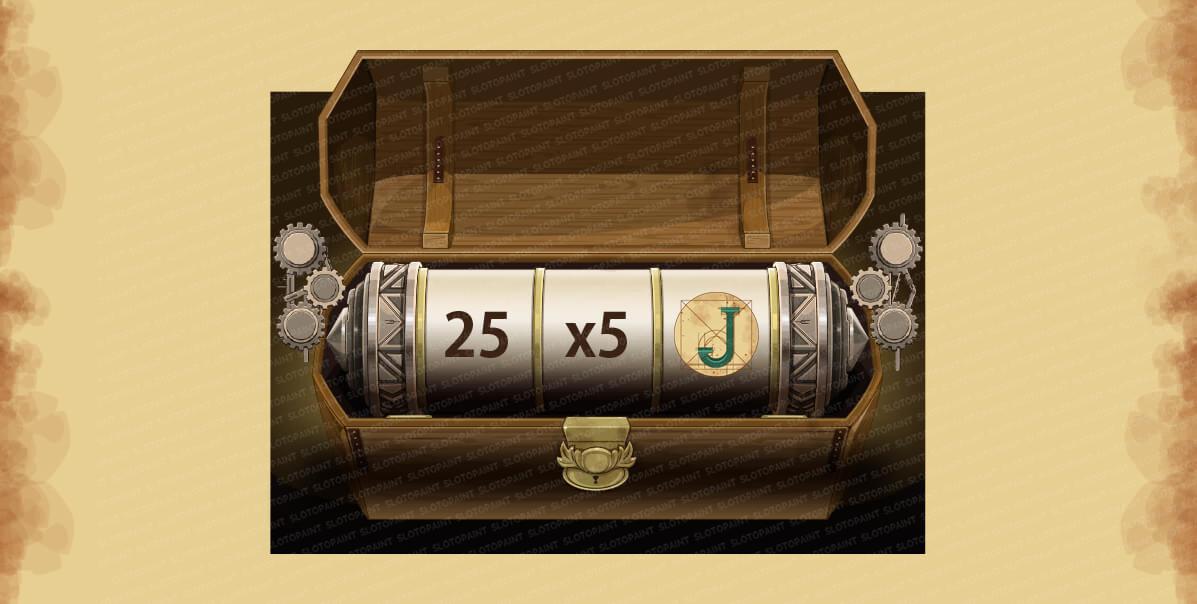 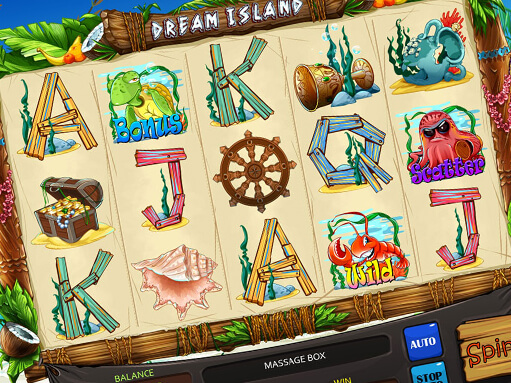 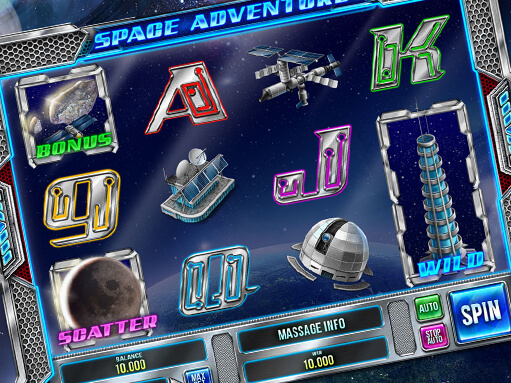 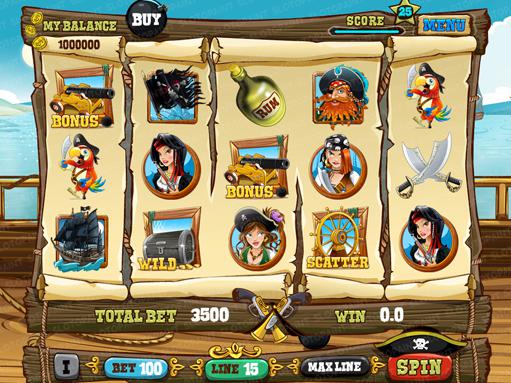