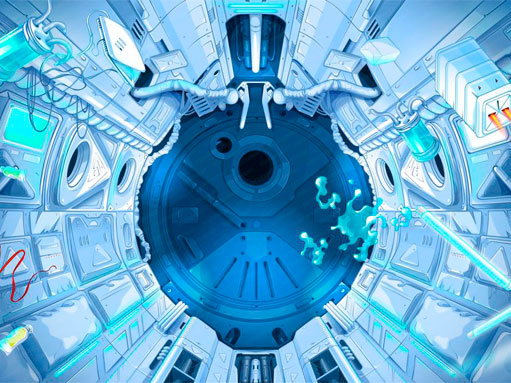 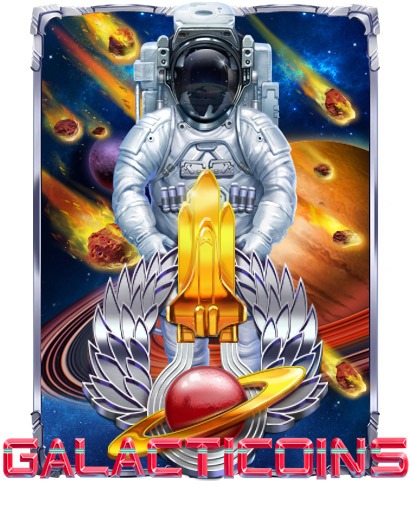 In this slot you can try on the role of an astronaut, meet alien creatures, see stars, comets and much more. Try flying in zero gravity, feel this incredible feeling, feel like a space explorer and experience something new and extraordinary. If you are interested in this product, you can purchase it at our store – https://slotopaint.com/product/galacticoins/.

The slot game reels look like they were developed by a real alien, very unusual, a lot of microcircuits, multi-colored wires. We see a green alien, letters and numbers made of metal plates, wrapped in wires. The astronaut’s suit is depicted in full growth, and I can’t wait to try this spacesuit in action. Satellite, Space Machine, comets all fuel interest in this slot. 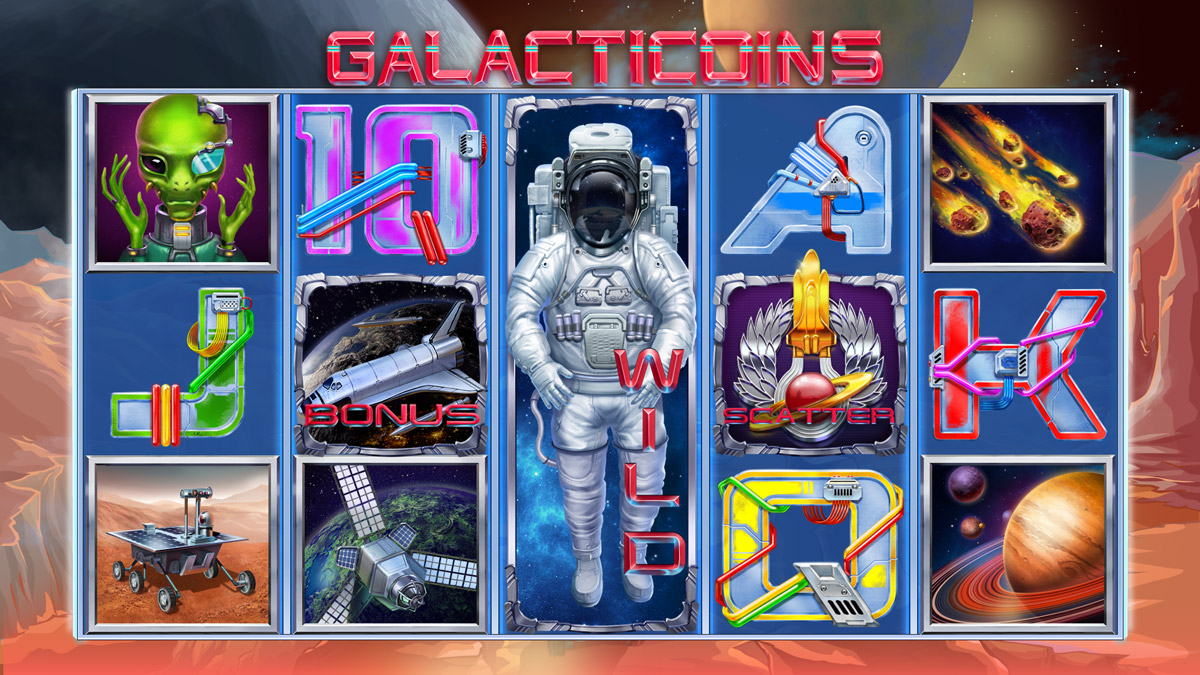 The game background shows the crater of the red planet Mars, and in the distance we see the vastness of the Galaxy and other planets. The planet is all mired in sand hills and irregularities. In the center of the picture is a huge spaceship that has set up its camp. The spaceship looks like a large turtle, in a metal shell. The space car drives up to the spacecraft, from the reconnaissance of the outer spaces. 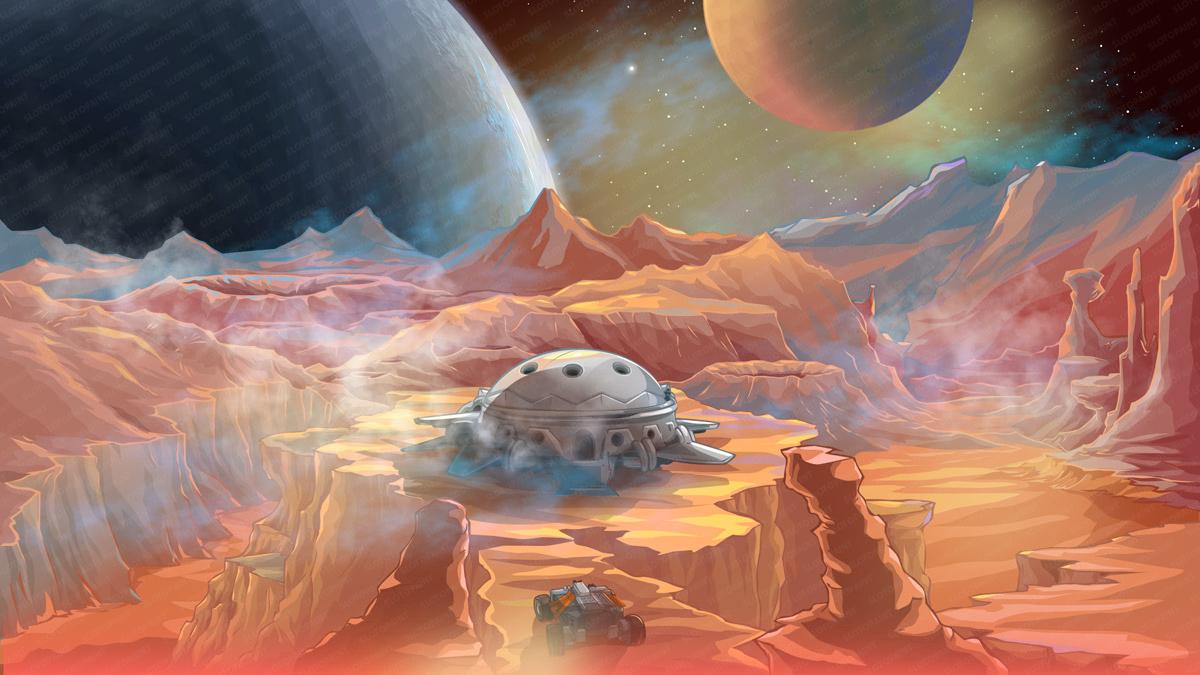 On the second background, we find ourselves inside the spaceship. It hovers in zero gravity. The device is made in light colors, a large number of wires, buttons, lighting in different shapes. In the center of the spacecraft there is a huge clinket door, it is hermetically closed, the compartments of the door are watertight. 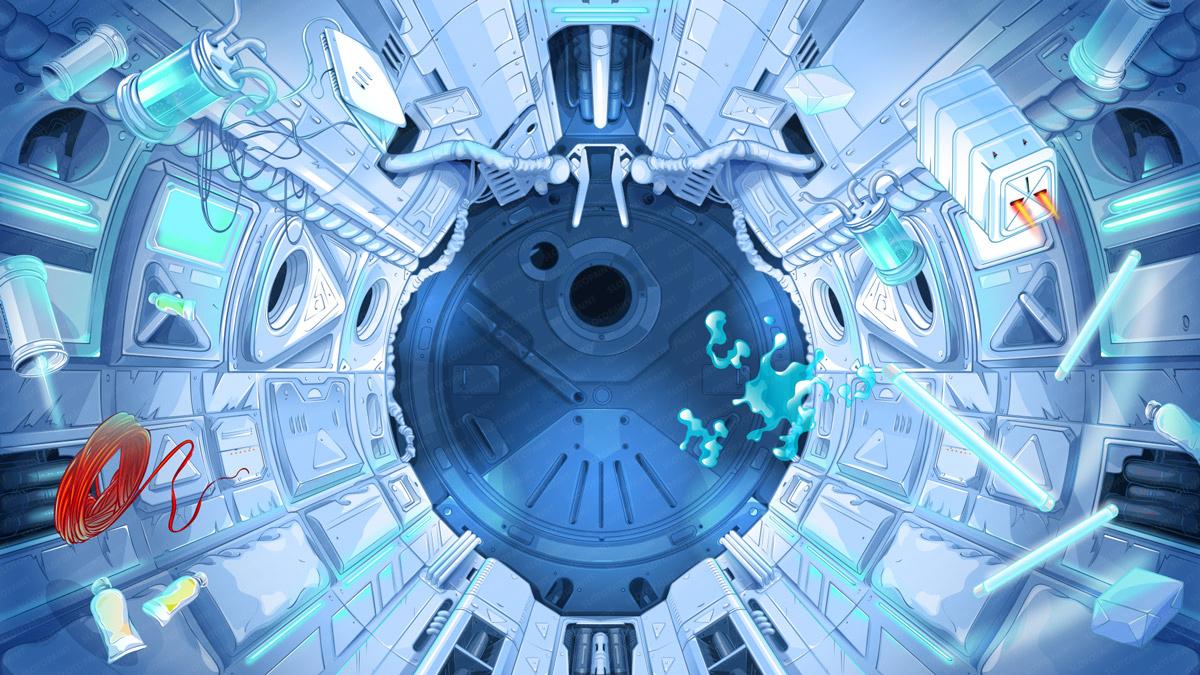 On the third background, we see the vastness of the vast Universe. It has a row of two planets, one large and the other smaller. Also, everything in the distance is strewn with stars. 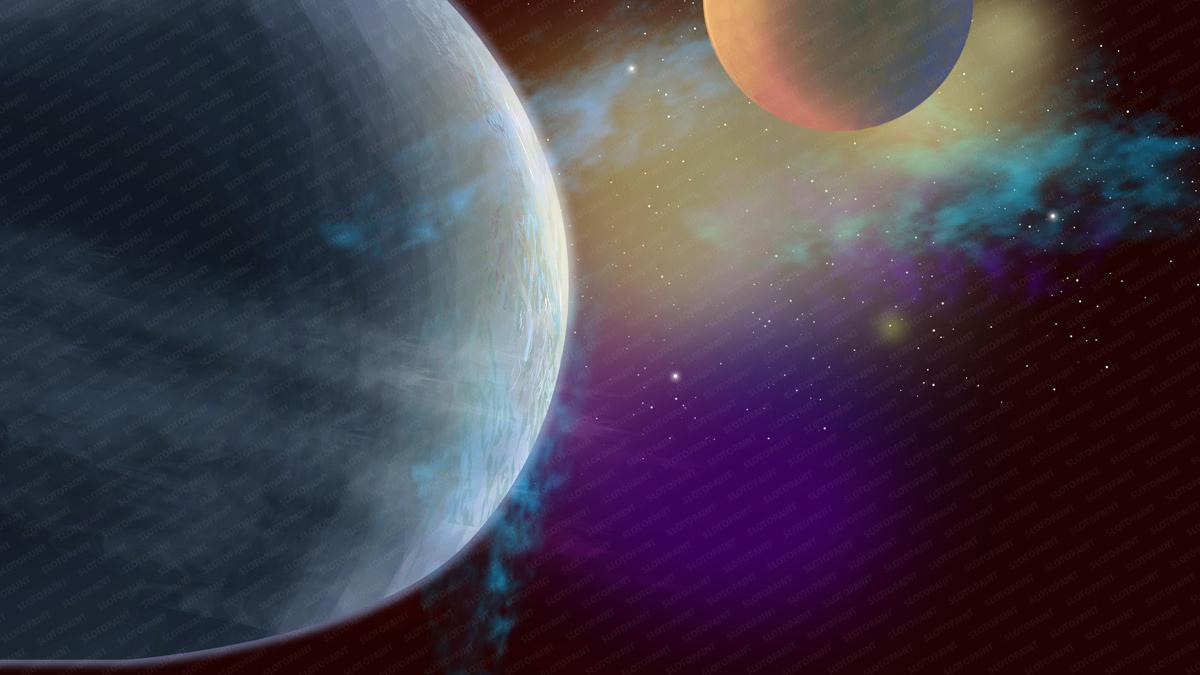 The Bonus symbol is an orbiting plane with a planet very similar to Earth in the background. He flies in the direction of the Galacticoins. Scatter is an orbital plane with boosters that picks up speed very quickly. The plane is in gold-silver metal colors. On the background of the plane, there is a planet similar to Saturn, with golden rings and red satin stitch. Wild is an astronaut in a spacesuit. The wild symbol is drawn in two figures. On the first, we see only the upper part of the spacesuit, in the second picture, a full-length suit for spacewalk. 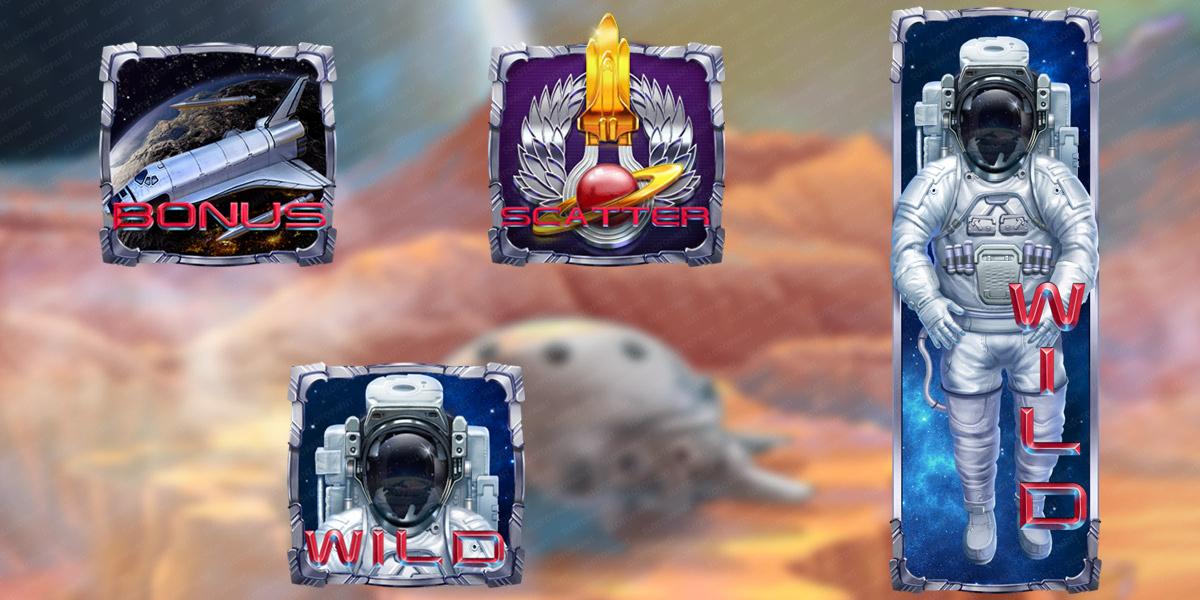 In the animation we see: all the symbols are in flight, the astronaut is moving up and down, the spacecraft are soaring in the air, the scatter symbol seems to be approaching us. The bonus symbol moves with incredible strength and speed.

Regular symbols: green alien, with glasses with two lenses; the first lens reads information about objects, the second lens has an ultrasensitive X-ray that sees everything down to micro-details. Flying comets on fire, moving at the speed of light, a satellite on the background of the planet Earth collects surrounding information. A space machine on a planet strewn with sand moves in search of information about this planet. The planet Jupiter with its satellites, in the distance there are smaller planets also. 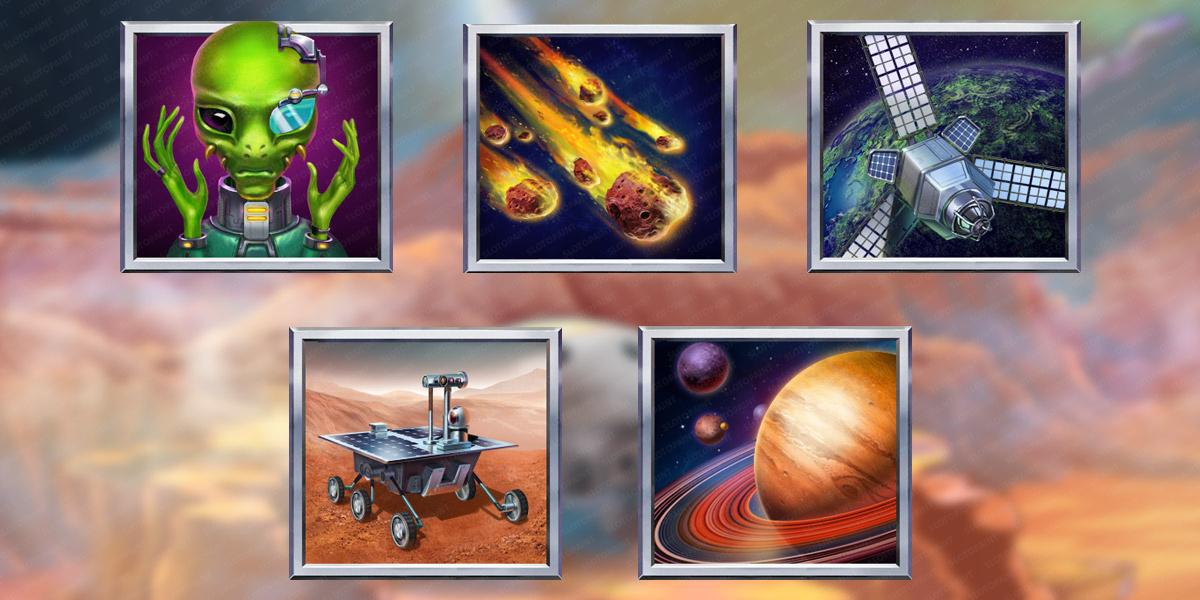 In the animation of regular symbols, we can see: how an alien puts on and removes a lens by the power of thought, fiery comets fly downward, the satellite seems to move and approaches the screen, the space machine turns on the illumination and extends a probe to collect information about the environment, the planet of Jupiter is also moving to the player. 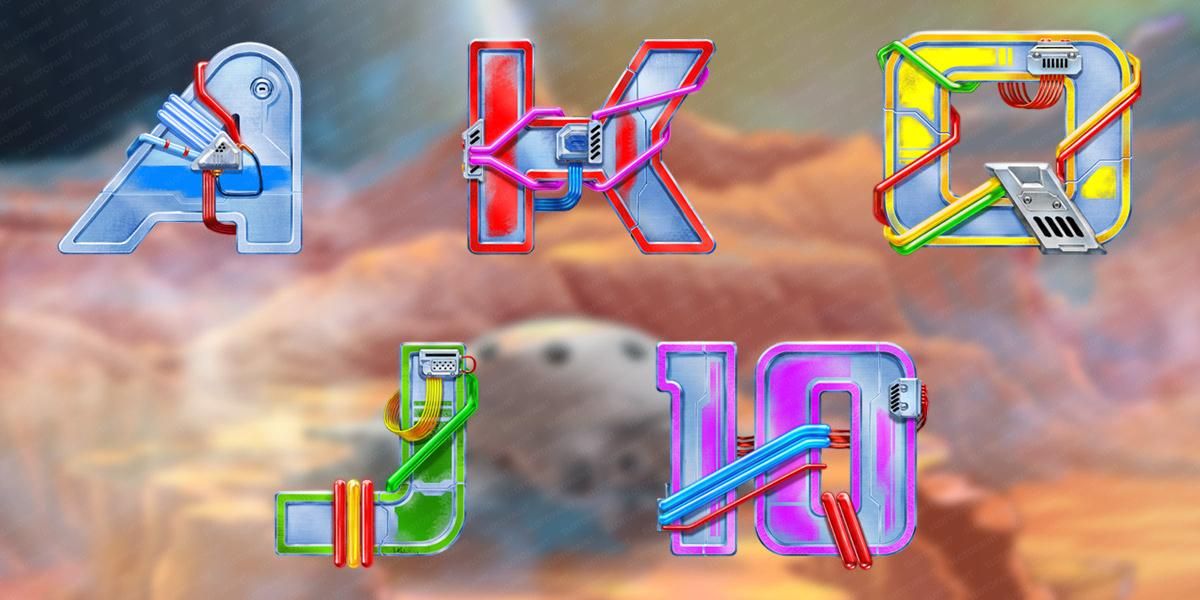 In the animation, low symbols are highlighted and shine, slightly decreasing and increasing in volume.

The bonus game allows us to win: three wild symbols equal five thousand, three space machines give a win of two and a half thousand. Three symbols of aliens – fifteen hundred, images of the planet Jupiter with satellites – a thousand, a satellite against the background of the Earth – five hundred, fiery comets – a hundred. All these symbols give us the currency of galacticoins. 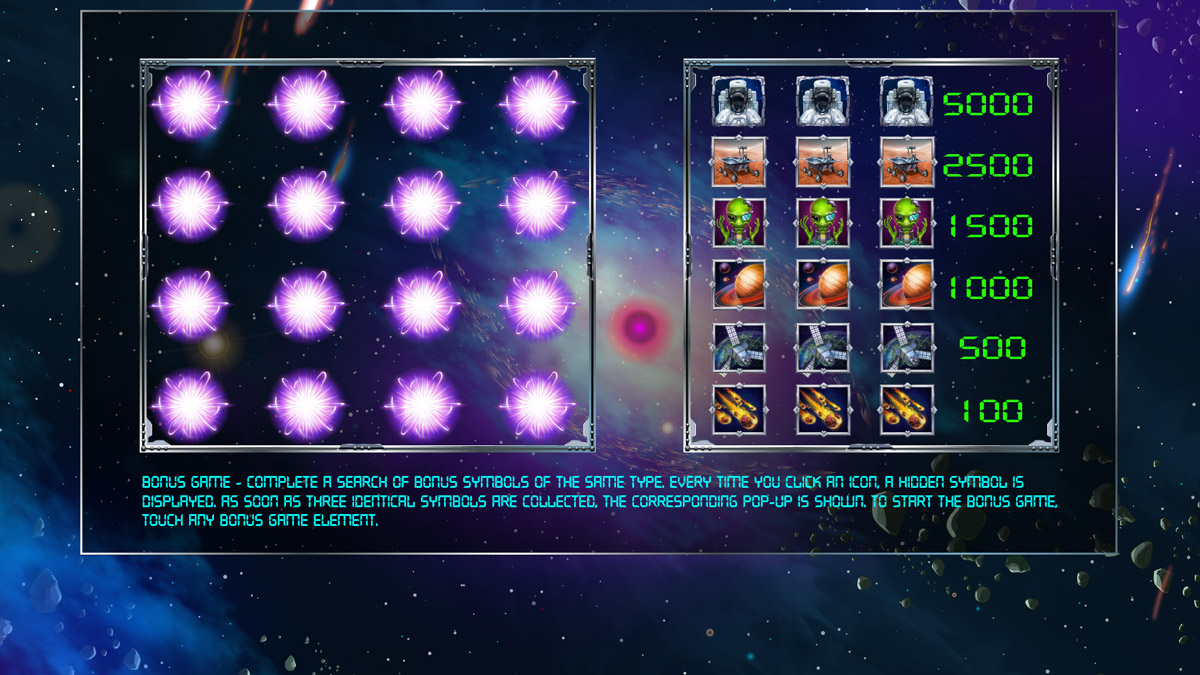 In the bonus game, different combinations of symbols are available, it is worth trying, feel like a space explorer, rather play the space slot! 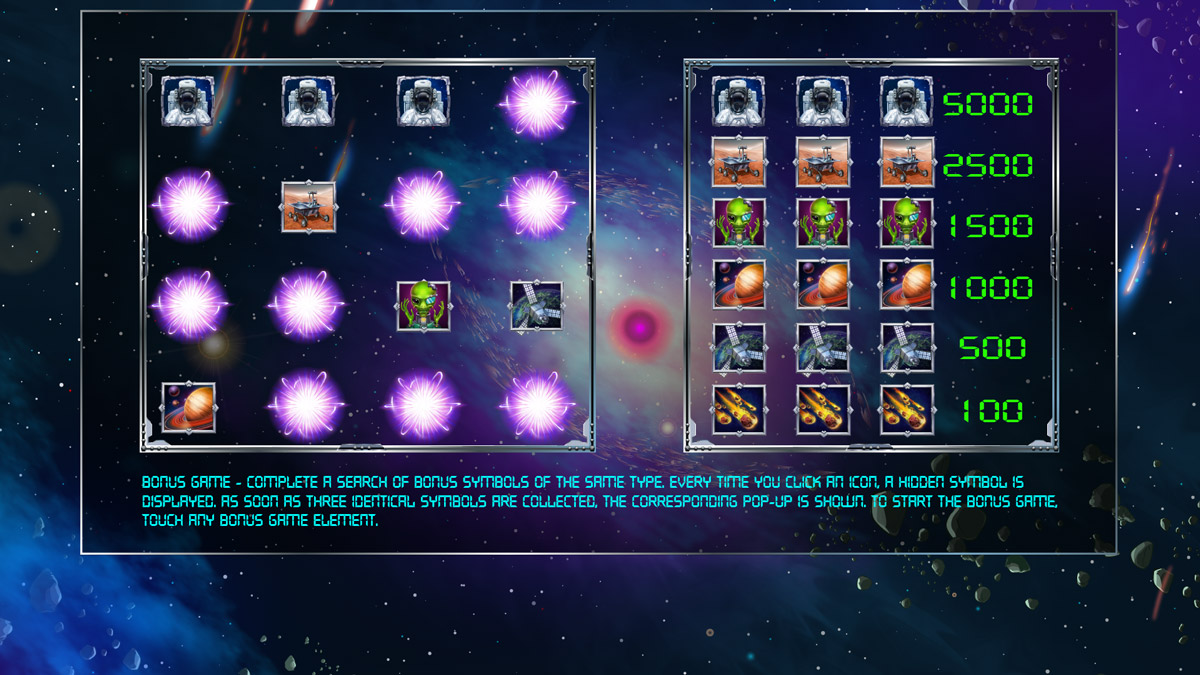 In the animation, we see how, at first, all the symbols shine and shimmer in cosmo-explosions, and then your winnings will drop out in the slot.

Tired of revising the Big Bang theory and Star Wars again? Then set aside time for a space slot and rather for victories, for Galacticoins! 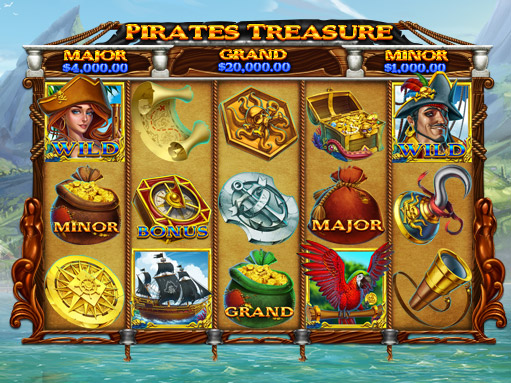 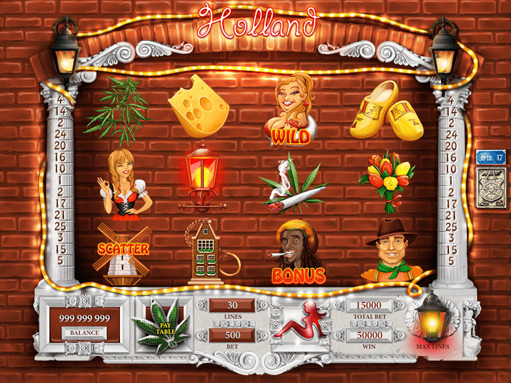 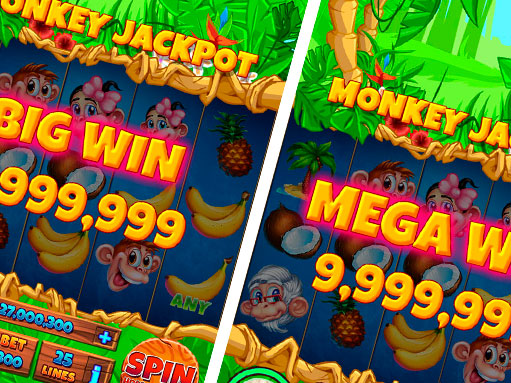